Southeast of Skaneateles Lake and right off of State Route 13 lies the town of Truxton, N.Y. – population of 1,133. At first glance, it might seem like any small town north of New York City – the kind of place where everyone knows each other and family histories date back for generations. But despite its size, Truxton is different. Truxton has a long, largely undisclosed history.

John McGraw, Hall of Fame manager of the New York Giants, was born and raised in Truxton. He grew up playing baseball on the town’s sandlots. And he never forgot where he came from.

Every summer, the feisty skipper would bring his New York Giants to play an exhibition game with the local team, to raise money for the town. One of those years, star pitcher Christy Mathewson accompanied him. In typical fashion, the future Hall of Famer stunned the crowd with his dominance on the mound and pinpoint control.

But what was atypical was that Mathewson brought a bat with him. His 2.45 pound Spalding p5 model is now preserved in the Hall of Fame, as it was recently donated by James Maxson of Montgomery, Texas. It is the first game-used bat of Mathewson’s in the Hall of Fame’s collection.

“John J. McGraw was the most famous person born in Truxton,” Maxson said in a phone interview. “There’s actually a statue of McGraw in the town center. My great grandfather, Charles Maxson, was friends with McGraw; he was born there and was living there when McGraw was there. McGraw would come during the summer and bring his New York Giants; one of those years, he brought Christy Mathewson. The story goes, my great grandfather asked John J. McGraw if he could have a bat of Christy Mathewson’s. So Mr. McGraw gave him a bat.” 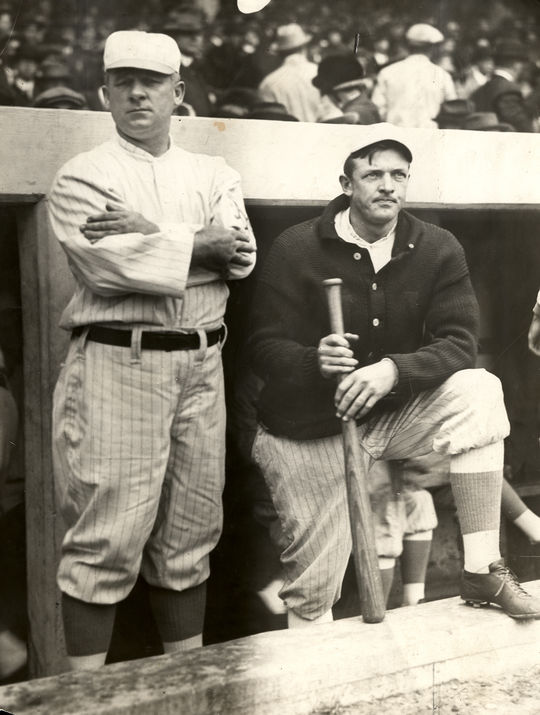 Though they had very different personalities, Christy Mathewson (right) and manager John McGraw developed a close bond while together with the New York Giants. (National Baseball Hall of Fame) 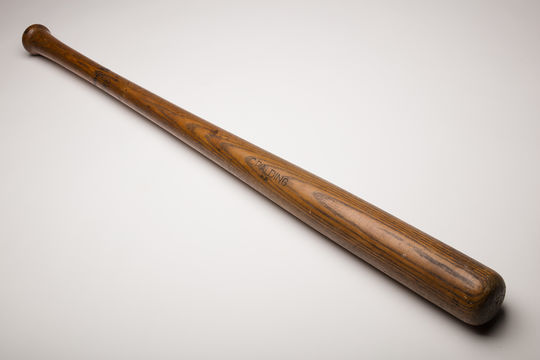 This game-used bat of Christy Mathewson's is the first of its kind in the Hall of Fame Collection. It joins about 40 Mathewson-related artifacts preserved at the Museum. (Milo Stewart Jr. / National Baseball Hall of Fame)

The bat has been passed down in Maxson’s family for generations. When they relocated from New York to Texas, the bat came with them, as an emblem of a small town’s rich history.

“I collected baseball cards for years in the 1970s. I had all the complete sets from 1952-today, and I sold my collection,” said Maxson. “There were a few pieces that I hung on to and (the bat) was one of them, because it was dear to my heart. It’s been in my office for years now. But I just wanted to do something with it that we can all enjoy together….A donation in our family name.”

The one-of-a-kind artifact now joins more than 40 Christy Mathewson-related pieces in the Hall of Fame Collection, adding to an already robust representation of one of the first five Hall of Famers. 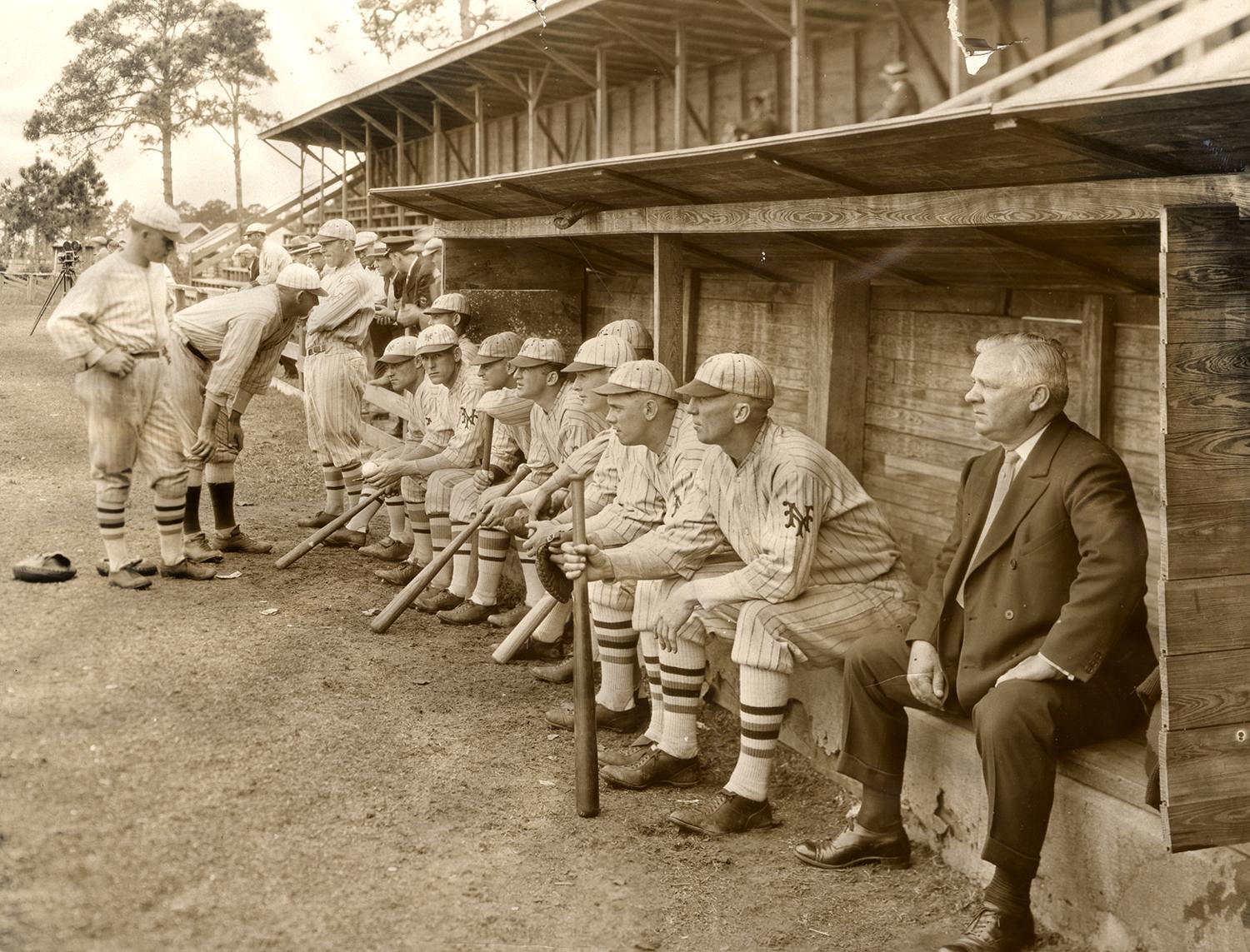 “The bat fits into an ever-growing collection of Christy Mathewson artifacts in the Museum’s permanent collection that includes baseball cards, photos, programs, contracts, artwork, baseballs, uniforms, gloves, and trophies,” said Sue MacKay, Director of Collections at the Hall of Fame. “We were thrilled to receive a Mathewson sweater last year and the bat is a wonderful compliment to the entire collection.”

But for James Maxson, donating the bat to the Hall of Fame meant knowing it would be protected and shared with future generations to come.

“I’m just glad it is in a place that will live forever,” Maxson said. “When I know all the paperwork is done, we are going to make a trip up there to see it.” 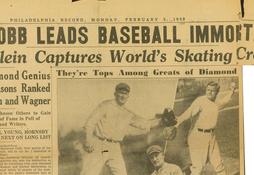 Documents uncovered in the Hall of Fame Library reveal that even the first BBWAA election in 1936 evoked impassioned debate.