Ted Williams’ two-run blast in the first inning of the 14th Hall of Fame Game turned out to be the difference in the contest, as the Boston Red Sox beat the Milwaukee Braves 4-2 on July 25, 1955.

The home run scored Faye Throneberry, who had reached after being hit in the shoulder by a pitch with one out in the inning.

Red Sox shortstop Milt Bolling singled to left to score Zauchin as the Red Sox established a 3-0 lead before the Braves had a chance to hit.

Down by three, Milwaukee responded with one run in the bottom of the first, but would never tie or take the lead, as the game turned into a stalemate until the top of the eighth inning, when Boston added an insurance run when Lepcio hit a solo home run.

The Braves rallied to score a run in the bottom of the ninth, but could not overcome the deficit as the Red Sox held on for the win.

The Boston win evened the yearly exhibition match between the American and National Leagues at seven wins apiece. 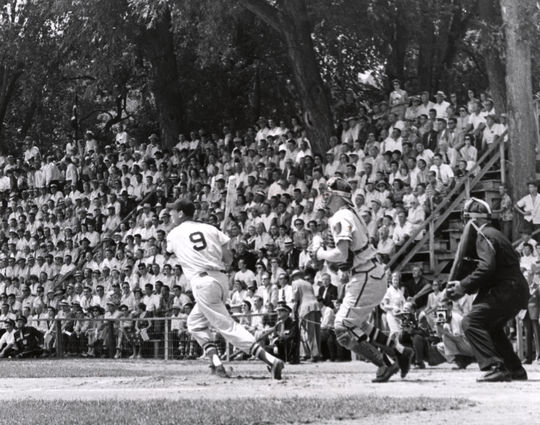 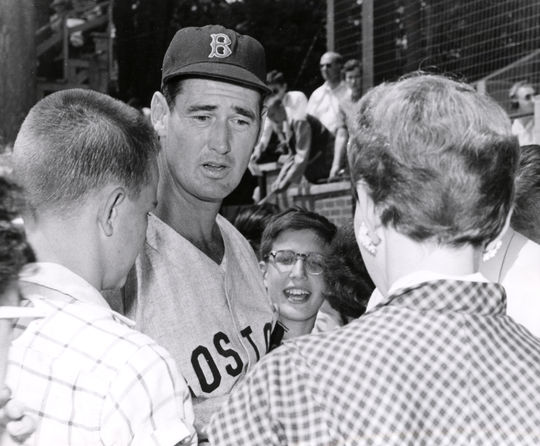 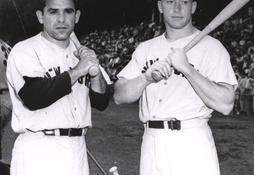 The New York Yankees defeated the Cincinnati Reds 10-9 at the 1954 Hall of Fame Game. 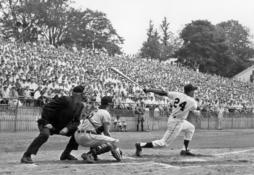 In the longest Hall of Fame game to date, the New York Giants defeated the Detroit Tigers with a Dusty Rhodes two-run homer in the 12th inning.