Dusty Rhodes hit two home runs to spur the New York Giants over the Detroit Tigers 11-10 in the longest Hall of Fame game to date on July 23, 1956. The back-and-forth game lasted 12 innings and featured at least one run in all but the ninth and 11th innings.

The Giants took a quick lead in the bottom of the first when Eddie Bressoud hit a two-run ground rule double.

The Tigers, however, responded with three runs in the top of the second off of New York starter Steve Ridzik, highlighted by Jay Porter’s home run. Detroit held the Giants scoreless in the top of the third, then added another run in their half of the inning on a Ray Boone RBI single.

The Giants bounced back in the bottom of the third with two runs on four hits, including a ground rule double from Foster Castleman to score Willie Mays from first base. Rhodes and Bill Sarni also had hits in the inning to even the score at four. 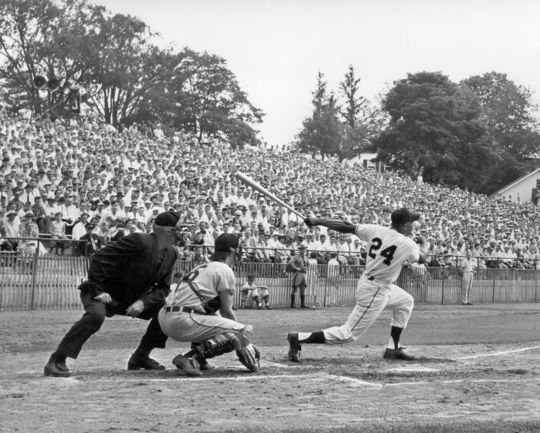 An action shot of Willie Mays swinging away at Doubleday Field. BL-3531.2000

The teams traded runs until, with the Tigers leading 7-6 in the sixth, Rhodes hit a single to score Bobby Hofman and tie the score. New York, however, responded with a run in the bottom of the seventh when Daryl Spencer scored on a wild pitch from Detroit pitcher Walt Masterson.

Each team tacked on another run in the eighth inning, and another in the tenth inning to keep the score knotted.

In the top of the 12th, Detroit took a one-run lead when Tiger reliever Al Aber singled to left, scoring Porter, who had reached on a single earlier in the inning.

Finally, the Giants took the lead for good in the bottom of the 12th when, with one out, Castleman reached on an error by third baseman Bob Kennedy. Rhodes stepped to the plate and hit a walk off two-run home run over the right field fence.

Rhodes led the way offensively for the Giants, going 4-for-5 with two home runs, three runs scored and four RBI. Porter had three hits and three RBI for the Tigers. 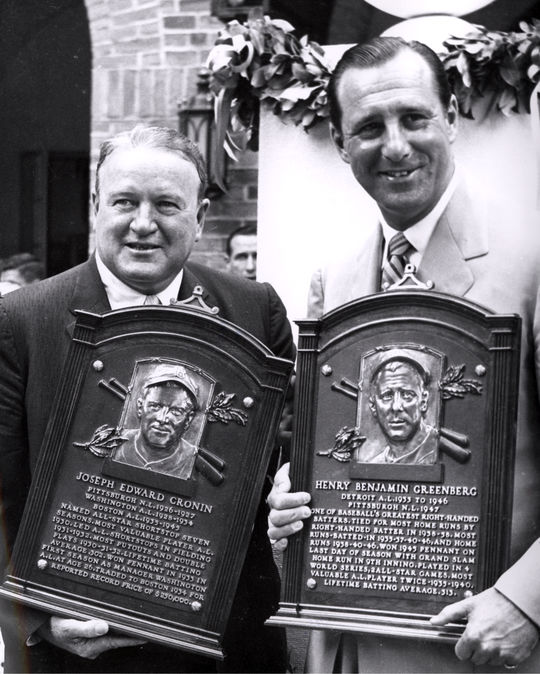 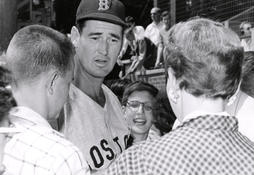 The Boston Red Sox beat the Milwaukee Braves 4-2 thanks to a Ted Williams two-run home run. 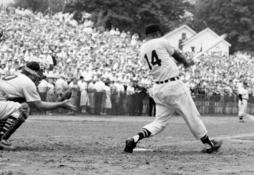 The Chicago White Sox and St. Louis Cardinals met at Doubleday Field in the 1957 Hall of Fame Game.