New York Yankees’ second baseman Bernie Allen hit three home runs and had six RBI to lead his team past the Los Angeles Dodgers 8-3 in the annual Hall of Fame Game on Aug. 7, 1972, at Doubleday Field.

The Dodgers struck first in the top of the first inning when first baseman Wes Parker singled to score second baseman Lee Lacy, who had singled earlier in the inning.

Los Angeles took a 3-0 lead in the top of the third after center fielder Willie Davis hit a two-run home run.

Meanwhile, Dodgers starter Doug Rau – who had been brought up from Triple-A to pitch the game – threw a no-hitter for three innings but struggled in the bottom of the fourth when the Yankees rallied for five runs to take the lead for good.

Allen and teammate Bobby Murcer both hit home runs in the fourth. Murcer’s was a two-run shot to right-center field, and after Ron Blomberg walked and John Ellis singled, Allen hit his first home run of the day over the right field fence.

The win gave the American League a 17-12 advantage in the yearly Hall of Fame Games. 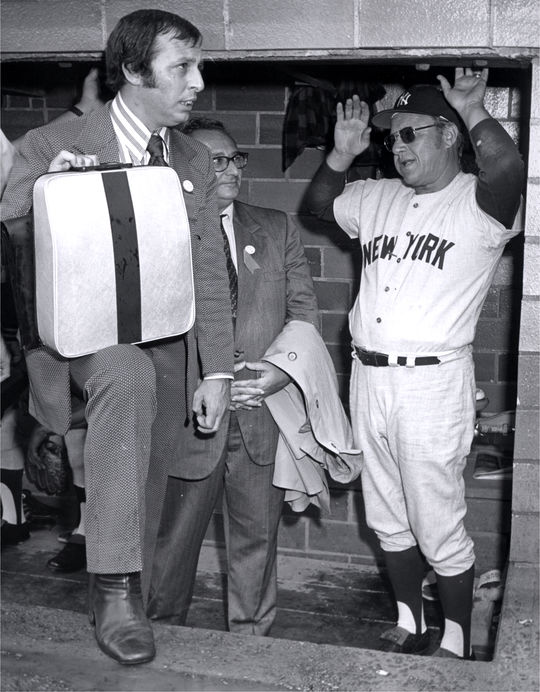 Sportswriters Phil Pepe (left) and Leonard Koppett with Yankees manager Ralph Houk in the Yankees dugout at Doubleday Field at the Hall of Fame Game on Aug. 7, 1972. (National Baseball Hall of Fame and Museum) 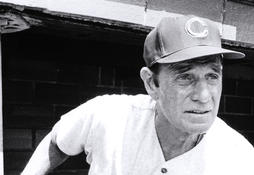 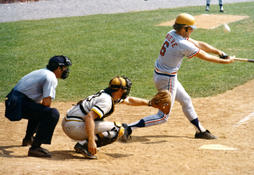 The Texas Rangers and Pittsburgh Pirates met in the 31st Hall of Fame Game on Aug. 6, 1973.