The Cincinnati Reds traded Robinson to Baltimore on Dec. 9, 1965. Cincinnati received Milt Pappas, who won only 30 games for the Reds before being traded to Atlanta, as well as Jack Baldschun, who won only one game for Cincy, and Dick Simpson – who hit .246 with the club.

Robinson, on the other hand, burst out of the gate with the Orioles, winning the batting title at a mark of .316 and leading the league in home runs (49) and RBI (122) in 1966. His efforts made him the American League’s Most Valuable Player – the only player to do so in both leagues following his 1961 NL MVP with the Reds.

The season for Robinson marked the first American League Triple Crown since 1956, when Mickey Mantle exploded for a .353 average with 52 home runs and 130 RBI. Carl Yastrzemski won the Triple Crown next year for Boston, and only the Tigers’ Miguel Cabrera in 2012 has done it since. 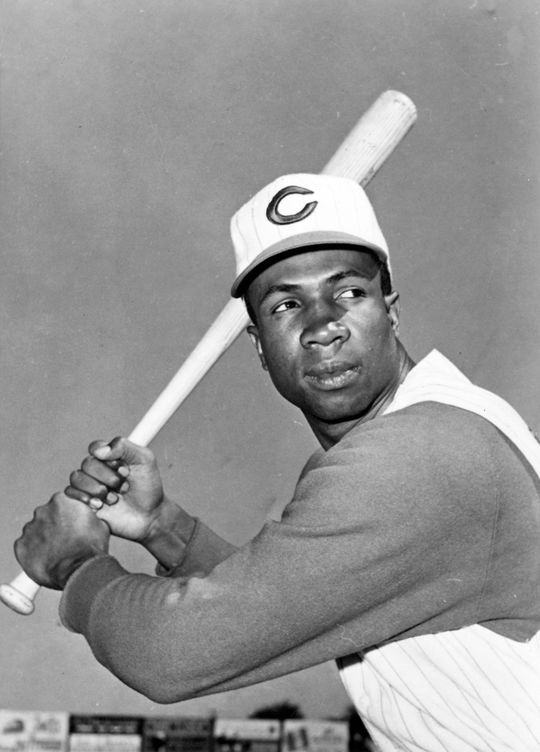 Frank Robinson of the Cincinnati Reds posed with a bat in 1962. BL-366.62 (National Baseball Hall of Fame Library)

A native of Beaumont, Texas, Robinson also helped lead the Orioles to the World Series title in 1966, slugging two homers in the Fall Classic against the Los Angeles Dodgers of Don Drysdale and Sandy Koufax to lead Baltimore to a 4-games-to-0 sweep. 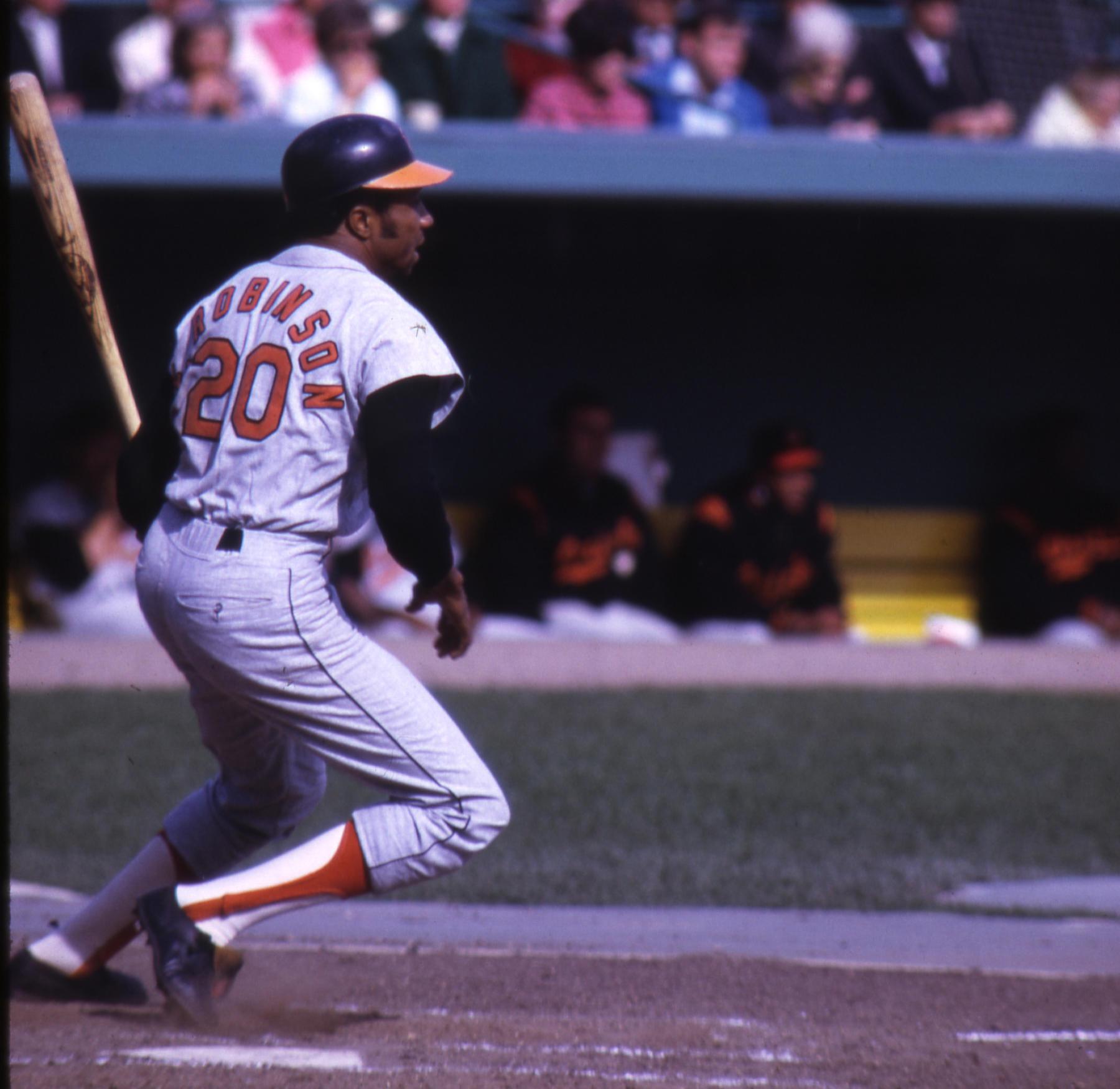 Brooks Robinson, Frank’s Hall of Fame teammate, was grateful for his counterpart’s presence in Baltimore.

“He put our club over the hump,” Brooks Robinson said. “Frank gave everything of himself and we accepted everything he gave us.”

Robinson was inducted to the Baseball Hall of Fame on his first appearance on the Baseball Writers’ Association of America ballot in 1982.

“He solidified the club,” Brooks Robinson said. “We became a great team when he came to know us and how much he could do for all of us.” 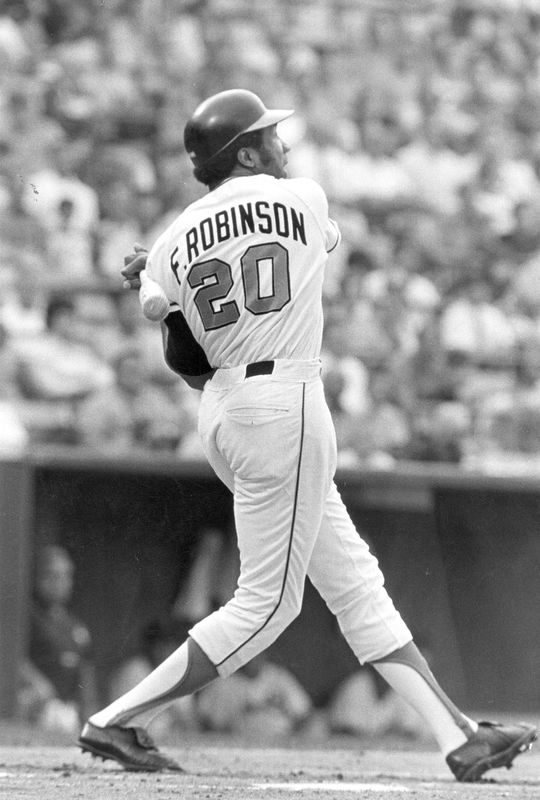