Over more than a century, the fundamentals of baseball have not changed all that much; throw the ball, hit the ball, catch the ball.

But this storied pastime has still changed exponentially since its inception, and the National Baseball Hall of Fame and Museum’s artifacts and collections illuminate the ever-evolving nature of the game.

This can be seen in the early catcher’s mask, produced by A.J. Reach Co. circa 1870, which looks more like it was meant to torture its wearer, rather than protect. Or the fingerless glove used by James Wright circa 1890, that offers less coverage than a common winter mitten. Or the distinctive yellow baseball, used experimentally by the Brooklyn Dodgers in 1939.

And now, thanks to two generous donations from the Atlantic League of Professional Baseball, visitors will be able to see how the game continues to change in the 21st century.

This season, as part of a three-year partnership with Major League Baseball, the Atlantic league began implementing a series of new rule and equipment initiatives designed to “improve the game of baseball.” Among these initiatives was allowing players to “steal” first base on any pitch “not caught in flight.”

The first such player to do so was Tony Thomas, of the Southern Maryland Blue Crabs, who safely made it to first on an 0-1 pitch on July 13, 2019. His distinctive red and white New Balance cleats from that game are one of two artifacts that tell the story of the changes within the 2019 Atlantic League.

Another such test was the implementation of an Automated Ball-Strike System (ABS).

Sometimes referred to as a “robot umpire,” the ABS technology is based on Trackman radar-based analytics systems. But MLB still had to devise a way for the system’s decisions to be communicated to an umpire as instantaneously as possible. 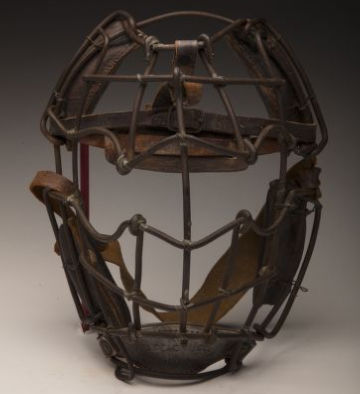 “There were plenty of weeks of discussing different methods – buzzing, lights, etc.,” remarked Atlantic League president Rick White. “Ultimately, MLB’s judgement was to say: ‘Let’s reinforce the authority of the umpire on the field,’ which was a huge threshold decision.”

From there, through a brief process of trial and error with Apple AirPods, they settled on using an iPhone, clipped to the umpire’s belt, which connects to the Trackman data and relays a simple “ball” or “strike” via an earpiece.

One such earpiece – the one used by home plate umpire Fred DeJesus in the first regular season game to utilize ABS to call balls and strikes on July 25, 2019 – has now been preserved in the Hall of Fame.

Initially, White was unsure what artifact the League would donate; the Hall of Fame had reached out shortly before the league-wide implantation of the ABS system to request a donation. How does one donate a representation of groundbreaking technology?

They settled on the earpiece. “The earpiece itself is not exceptional,” said White, “but its application is truly unique.”

“To everyone’s knowledge, this is the first time there has been an overt corporation of digital technologies in the arbitration of the game…It really speaks to technology marrying with umpires, and this [artifact] helped reinforce the role of umpires and their authority on the field.” 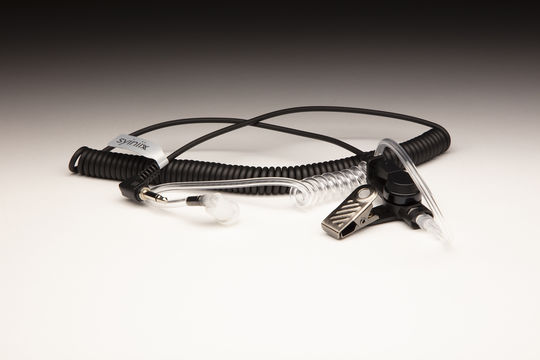 Arguments about balls and strikes have been a part of baseball for ages, whether it’s a Little League parent taking umbrage with an outside pitch, or a major leaguer disagreeing with a called strike. As White pointed out, players are capable of adjusting to a defined strike zone, but the problem lies in the different interpretations of that zone. And that’s what ABS fundamentally provides: Consistency.

The system was not, of course, without its flaws.

“We knew some of the fallacies going in: That it couldn’t accurately track, say, a slight foul tip, or a ball that bounces in front of the plate and then into the zone – so we gave umpires the authority to override the system in those cases.”

There were surprises, too, like the realization that when a player squares around to bunt, he changes his “true strike zone.” Or that a ball that scarcely grazed the top of the strike zone – thus classified as a strike by ABS – was virtually unhittable, particularly when it came to fastballs. MLB adjusted the system for each of these instances as the season progressed. 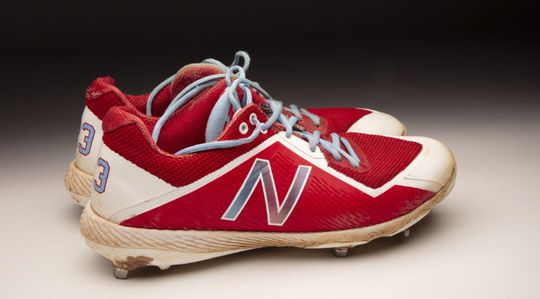 The cleats worn by Tony Thomas of the Southern Maryland Blue Crabs when he became the first player to ever steal first base. (Milo Stewart Jr./National Baseball Hall of Fame and Museum)

Rather than beginning to eliminate the need for umpires, as is a common misconception about proposed ABS systems, it instead further highlighted the value of the umpiring profession.

“This made umpire’s jobs far more complex and – in many, many ways – more difficult,” White said. “They can’t be nonchalant behind the plate.”

The League’s umpires took their role in testing this material “very seriously,” according to White. “They were active in communicating how they felt about these tests, and took a tremendous amount of pride in improving through the season.”

“We don’t have a large national profile,” White explained, “and because of that, the people who work our games often go unrecognized, but [with the implementation of these new tests] they are pioneers. They’re a part of history.” 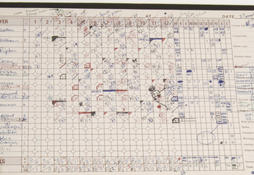 Many of baseball’s hallowed records have been achieved outside the big leagues. 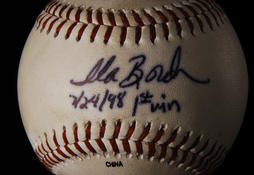