His unrelenting preparation and smooth delivery brought Bob Costas into a national television booth before he turned 30.

But it was his passion for baseball that won him millions of fans and brought him to Cooperstown.

Costas, who has called games for four decades with an eloquence and spirit that has made him a household name, was named the winner of the Hall of Fame’s 2018 Ford C. Frick Award for broadcasters.

“I love baseball...it’s always been my favorite sport to broadcast,” Costas said. “I am well aware and humbled by the company I’m joining."

Following graduation, Costas landed a job calling games for the American Basketball Association’s Spirits of St. Louis on KMOX-AM, whose powerful signal carried throughout the Midwest and to nearly each coastline.

Soon, Costas was handling regional NBA and NFL games for CBS-TV before landing a similar position at NBC Sports in 1980. 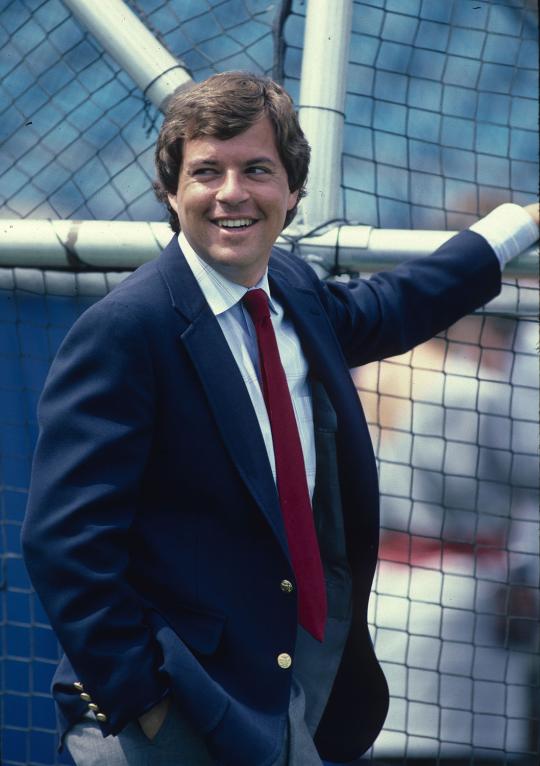 “The first game I did for NBC was the last Saturday of the 1980 baseball season,” said Costas, referring to an Oct. 4, 1980 matchup. “Don Ohlmeyer, who was running NBC, knew of my love for baseball and tried to work me in on some of the backup games. The Yankees were playing the Tigers, and now here I am 28 year old kid, shaking like a leaf, at Yankee Stadium. It’s the backup game, the ones that go to places if there’s a rainout. The Phillies were playing the Expos (in the primary game), but the game was delayed by rain for four hours. 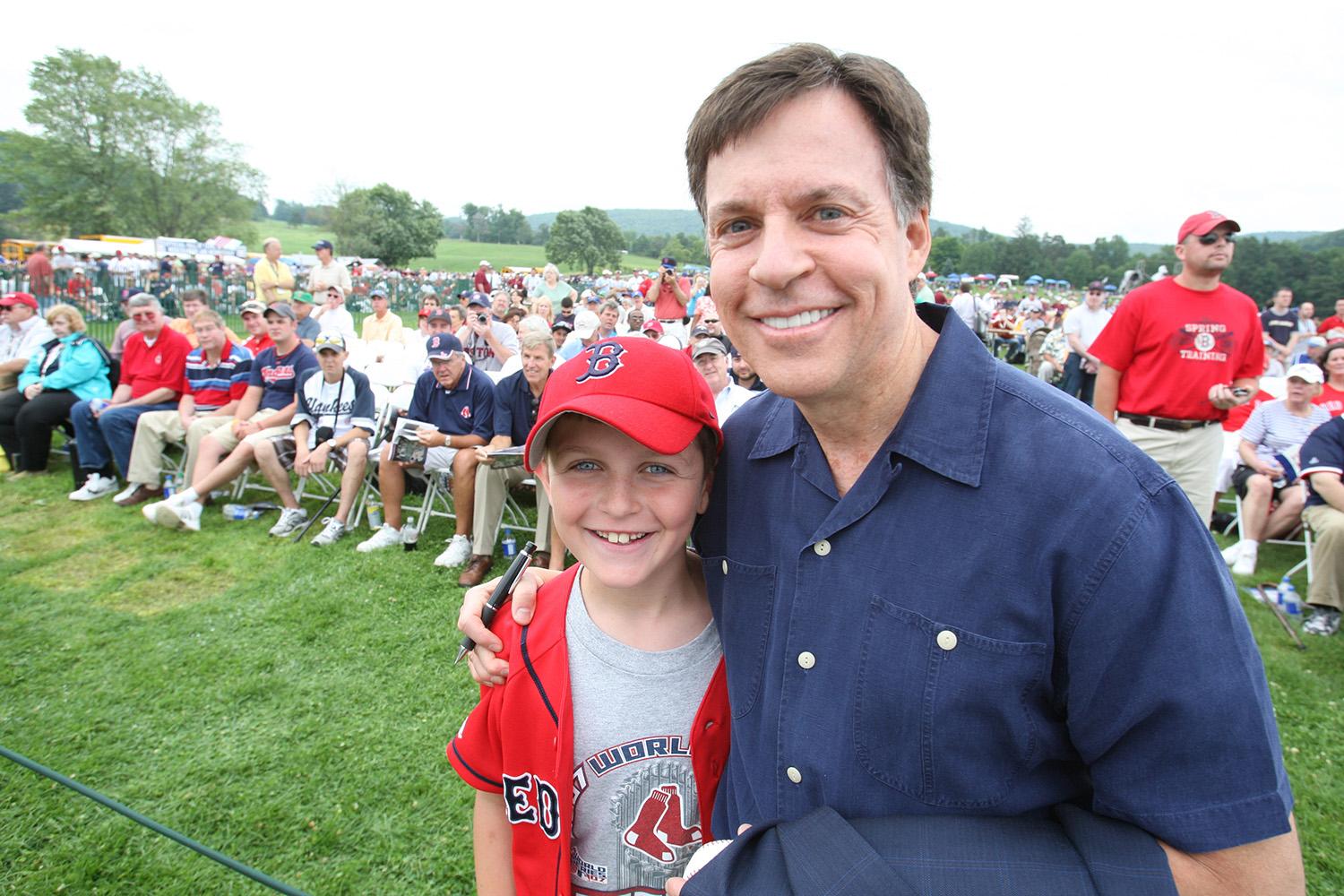 Bob Costas poses with a fan at the 2009 Induction Ceremony during Hall of Fame Weekend. (Bill Greenblatt/National Baseball Hall of Fame and Museum)

“I remember Reggie Jackson hit a home run in to the upper deck and Goose Gossage retired the side in the ninth, the Yankees clinched the AL East and the game went to the entire country. And there must have been some guy in Tacoma scratching his head saying, who the hell is doing this game?”

The country quickly found out who Costas was as he impressed players, fans and fellow broadcasters with his knowledge and perspective. By 1982, Costas was working with Sal Bando as the backup crew on NBC’s Game of the Week. The next season, Vin Scully joined Joe Garagiola as NBC’s primary broadcast team, with Tony Kubek moving to the booth with Costas.

Quickly, the pair developed a chemistry that fans found approachable and entertaining.

“I was a wet-behind-the-ears kid, but (Tony) treated me as an equal and introduced me to everybody,” Costas said. “He was beyond-helpful to me.

“You pick up a little bit from each and every one of (broadcasters that influenced him). I’ve always felt you don’t copy the people you admire, but you learn from them – whether it’s preparation or a turn of a phrase. I don’t think I’ve copied purposely or sound like somebody else, but whatever I am as a broadcaster is a conglomeration of all those influences.” 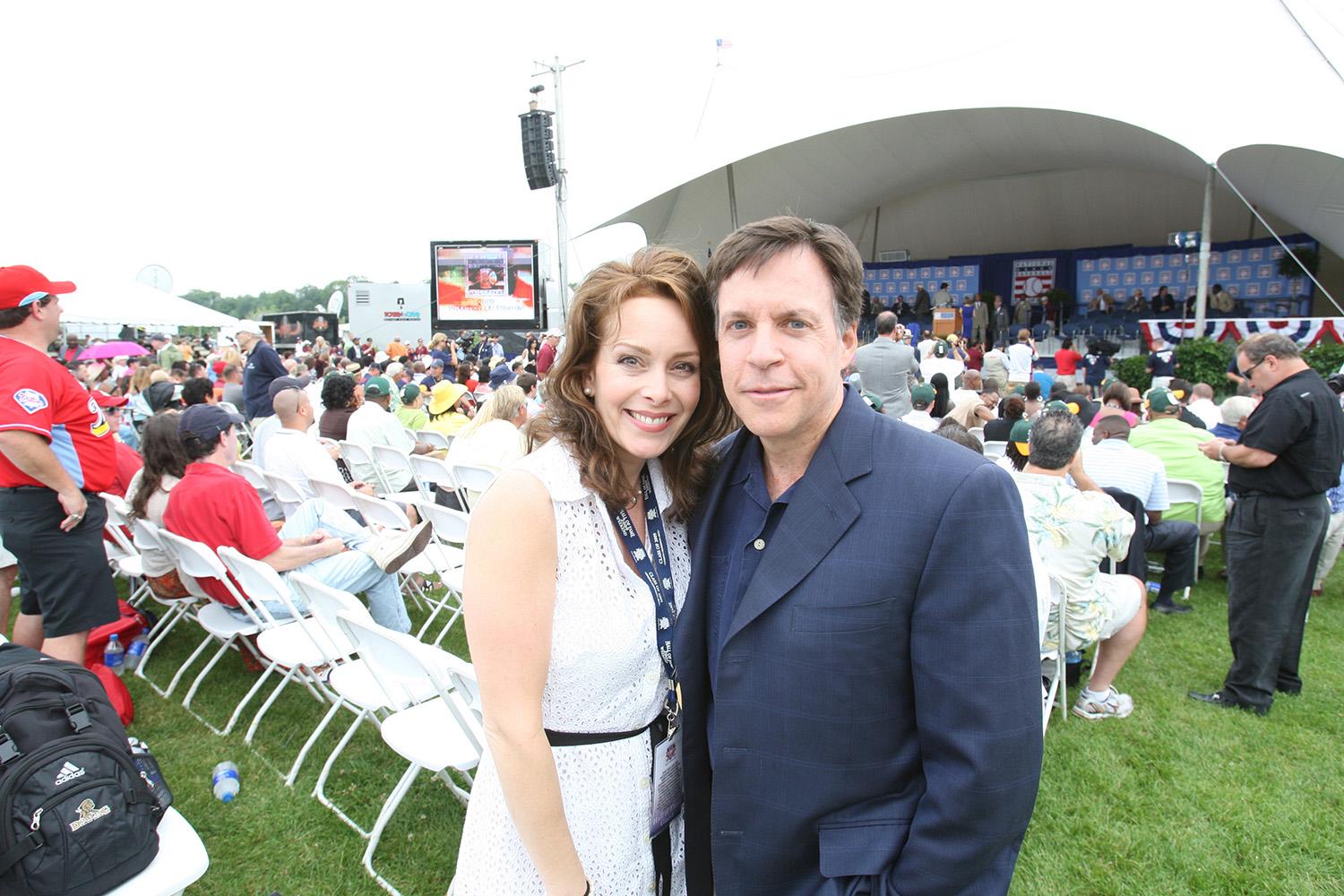 Bob Costas poses with his wife Jill Sutton at the 2009 Induction Ceremony during Hall of Fame Weekend. (Bill Greenblatt/National Baseball Hall of Fame and Museum)

In 2009, Costas – who has won more than two dozen Emmy Awards – returned to baseball when he joined the new MLB Network, where he calls games and serves as a documentary host.

“Because of my love of baseball and because of the other names that (won the Frick Award), this is at the top of the list,” Costas said. “No disrespect of all the others awards, because they all mean a lot to me, but this means the most.

“In some sense, you are on the same team as Jack Buck, Vin Scully, Ernie Harwell… and all people I worked with and who are my friends like Tim McCarver and Tony Kubek. There’s a sense of belonging to a really exclusive fraternity.” 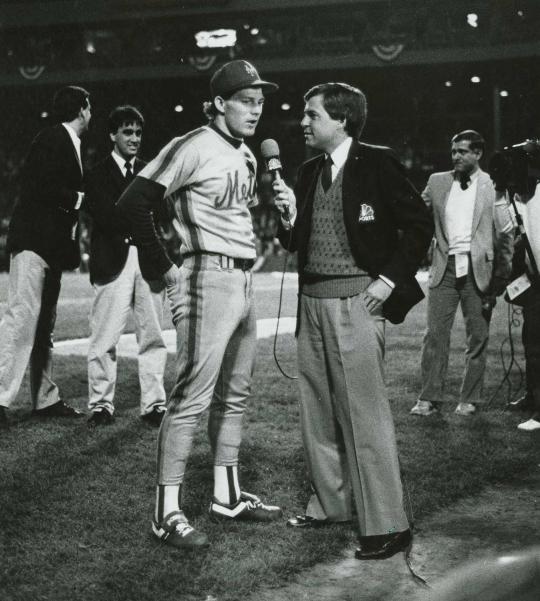 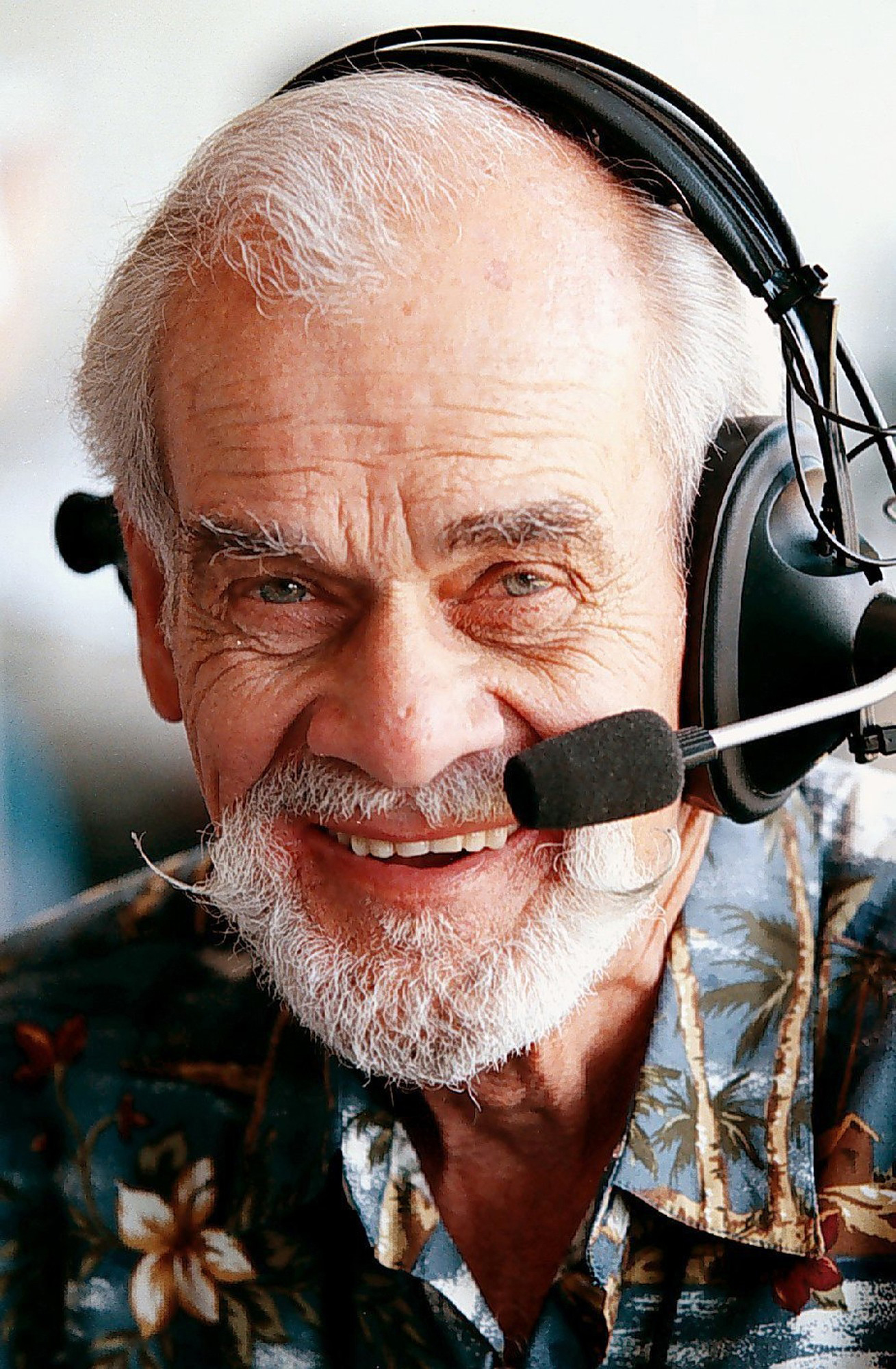 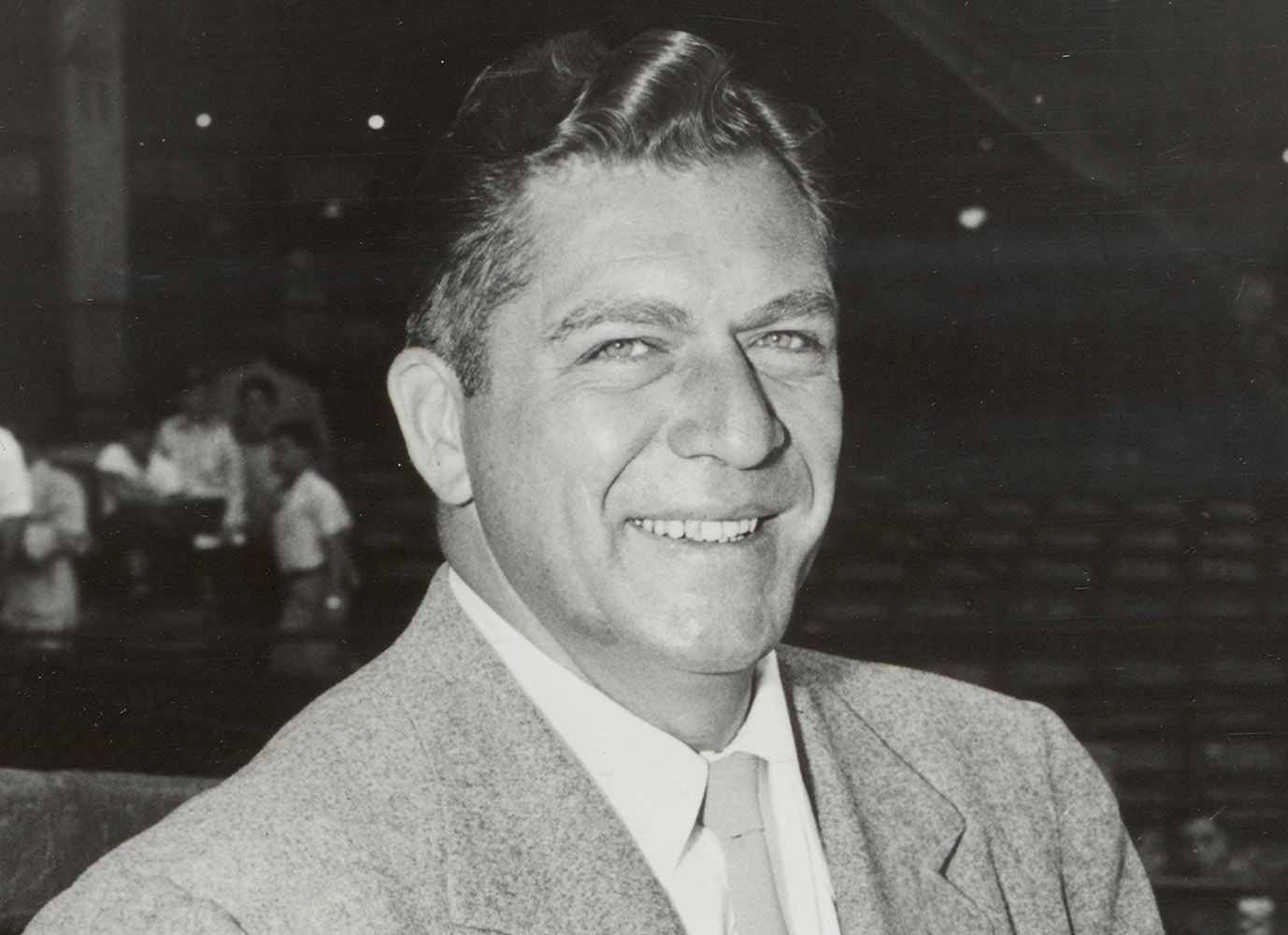