Babe Ruth made history with help from Ernie Shore

Part of the BASEBALL HISTORY series
Written by: Samantha Burkett

When Babe Ruth retired from baseball, he was the all-time leader in home runs with 714 – 336 more than anyone else. His name still appears all over the offensive record books.

But on June 23, 1917, Ruth’s name was recorded next to one of the rarest pitching feats in history – with a lot of help from teammate Ernie Shore.

That day, Ruth was a starting pitcher for the Boston Red Sox. He took the mound during the first game of a doubleheader at Fenway Park against the Washington Senators and faced the Senators' lead-off batter Ray Morgan.

Umpire Brick Owens called ball four and gave Morgan a base-on-balls to begin the game. Ruth rushed to the plate to argue.

Owens warned Ruth that he would run him from the ballgame if he didn’t get back to the mound.

“If you chase me, I’ll punch your face,” Ruth said as reported by the Washington Post.

Subsequently, Owens tossed Ruth – and Ruth hit Owens in the head, behind his ear. After players broke up the argument and helped Ruth to the dugout, Shore came on in relief – having pitched five innings on June 21. 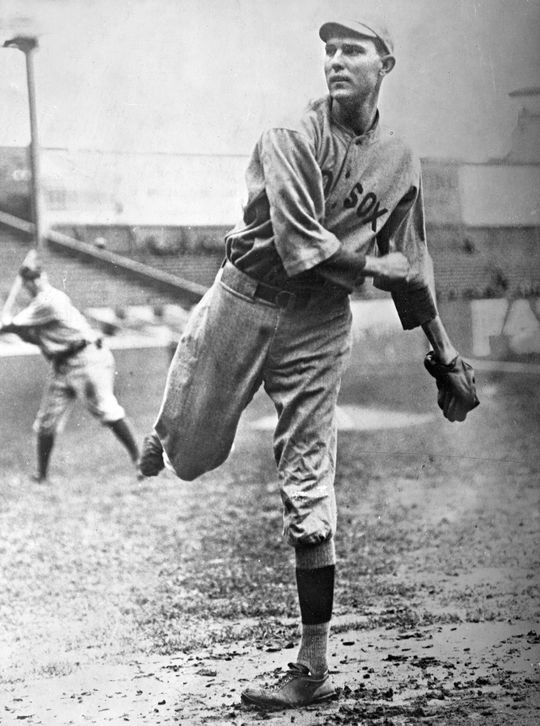 Morgan was thrown out attempting to steal second, and Shore set down the next 26 straight batters, earning a 4-0 win and – at the time – a perfect game.

“We will take care of Ruth,” American League President Ban Johnson was quoted as saying.

Johnson handed Ruth a 10-game suspension, lighter than some expected – and the game was later changed to a combined no-hitter.

Shore, meanwhile, pitched 11 innings in his next start on June 27, allowing 13 hits in a complete game loss against the Senators. 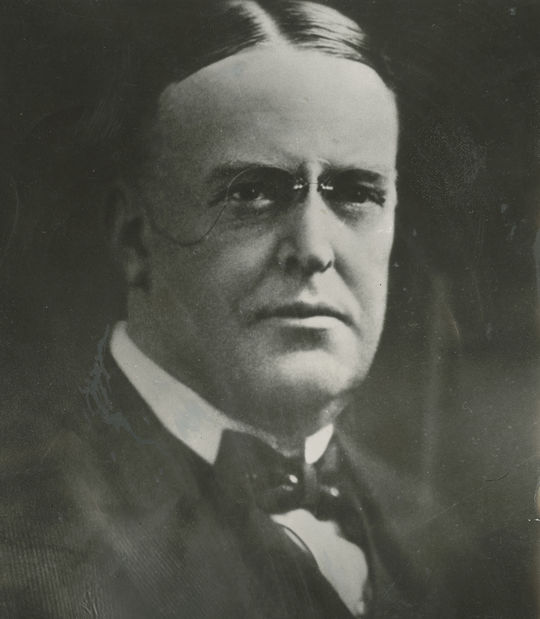 Less than three years later, much of Ruth’s pitching success became a distant memory when the Sultan of Swat was sold to New York – a move that resulted in birth of the Yankee dynasty.

Shore finished his seven-year big league career with a record of 65-43 with a 2.47 ERA. He missed the 1918 season while serving in the Naval Reserves, and following the armistice was traded to the Yankees – along with other Boston stars Duffy Lewis and Dutch Leonard – on Dec. 18, 1918.

He teamed with Ruth again on the 1920 Yankees during his last big league season, the returned home to North Carolina, where he was the Forsyth County sheriff for three decades.

Ruth was elected to the Baseball Hall of Fame in 1936 as part of the inaugural class. 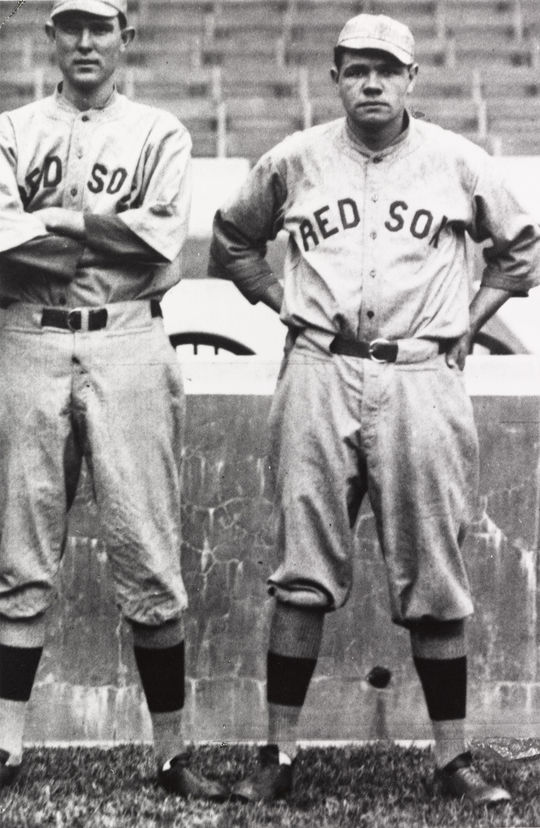 On June 23, 1917, Ernie Shore (left) and Babe Ruth teamed up to face the minimum 27 batters against the Washington Senators, with Shore retiring the final 26 in order. (National Baseball Hall of Fame and Museum)