Baseball’s early history frequently presents stories that are difficult to fathom within the scope of today’s game.

A dominant pitcher, who also had success in football and made historic strides in farming? Hard to imagine – but Gerrit Smith Miller accomplished all of it, and three trophy baseballs commemorating his success as a pitcher are preserved in the Hall of Fame’s collection.

Born Jan. 30, 1845, Miller grew up on his family’s estate near Peterboro, N.Y. – located a little more than 50 miles from Cooperstown. He was named after his grandfather, Gerrit Smith, who was a well-renowned abolitionist and ran for United States President three times.

In 1860, Miller left the Peterboro estate to attend Epes Sargent Dixwell’s School in Boston, where he began playing both football and baseball. He organized the Oneida Football Club, which played its games in Boston Common and was recognized as the first organized team to play football in the United States. A monument in the Boston Common states that the team “played against all comers from 1862-1865,” and that “the Oneida goal was never crossed.”

At the same time, Miller played for the Lowell Baseball Club, and later, after enrolling at Harvard in 1865, played for Harvard’s baseball team, as well. 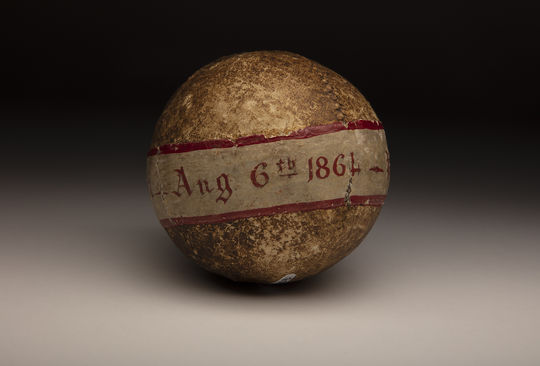 On Aug. 6, 1864, Gerrit Smith Miller, a renowned pitcher and farmer, led the Peterboro club to a 23-17 win over Cazenovia. (Milo Stewart Jr./National Baseball Hall of Fame and Museum)

But the trophy baseballs preserved in the Hall of Fame’s collection come from three baseball games Miller played closer to home. Written on each baseball is the date and score of the game in which the ball was used.

Two baseballs come from a pair of matchups between the Peterboro and Cazenovia clubs. The first game, which was played in Cazenovia, N.Y. on Aug. 6, 1864, resulted in a 23-17 victory for Peterboro and, according to accounts, a dominant pitching performance from Miller.

“The ‘Home’ nine also did well and owe their defeat, in our opinion, entirely to the terrific pitching of Miller, whose style of delivering balls is new to country players and require some practice to hit,” the Cazenovia Republican wrote.

The clubs met again on Aug. 12, this time in Peterboro. While the Cazenovia Republican reported that the visiting team’s hitters appeared “better accustomed to the swift pitching of Mr. Miller than in the former game,” the club did not fare much better, as Peterboro won the rematch 34-13. And Miller contributed more than just pitching in the contest. 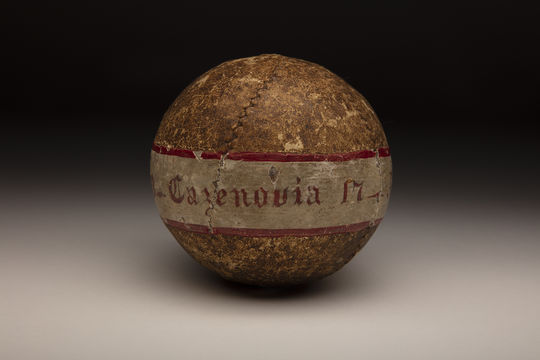 The Cazenovia Republican referred to Peterboro pitcher Gerrit Smith Miller as "the best base ball player in this part of the country." (Milo Stewart Jr./National Baseball Hall of Fame and Museum)

“Mr. G.S. Miller’s striking was superior to that of any other player in the game, and in one instance gave him a clean home run,” the Cazenovia Republican wrote.

The final baseball in the collection comes from a matchup between Peterboro and Oneida Castle on Aug. 13, 1864. The game was called in the eighth inning due to rain, but the Peterboro club wrapped up another victory – albeit with a closer result this time at 18-13. According to the Cazenovia Republican, as a result of the victory, Peterboro “earned the title of the Champion club of the county.” 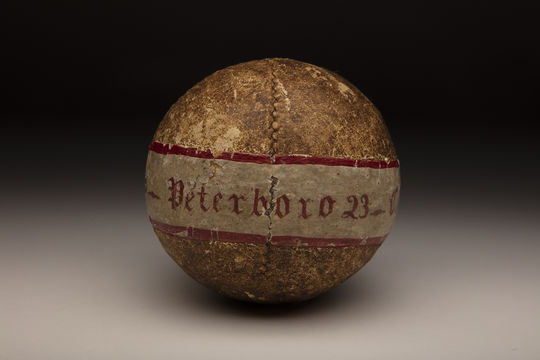 The Peterboro club ultimately claimed the title of "Champion club of the county," thanks in large part to Gerrit Smith Miller's dominant pitching. (Milo Stewart Jr./National Baseball Hall of Fame and Museum)

Once again, Miller’s dominance was a highlight in the game.

“G.S. Miller, captain of the Peterboro nine, [has] the reputation of being the best base ball player in this part of the country,” the Cazenovia Republican wrote.

Following the death of his grandmother, Miller returned home to Peterboro permanently to attend to the family’s estate. When he returned, he began playing baseball for the Ontarios of Oswego, and he also found success in yet another area: farming.

Miller became invested in raising cattle and was determined to find ways to increase milk production. He is now credited with raising the first registered herd of Holstein cattle in the United States, known as the Kriemhild herd. Miller is recognized for achieving modern milk production volume from grass-grazed cows. 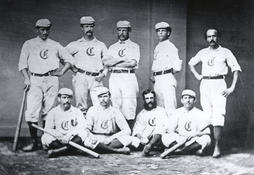 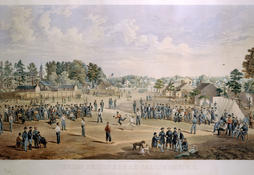 The National Pastime left its fingerprints throughout American society in the 1860s. 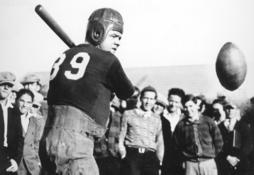