Don Sparks would never have boasted about his body of work.

Sparks’ work, however, spoke for itself as a remarkable assortment of photographs, depicting some of America’s greatest athletes and public figures.

Over his 30-plus year career as a photographer, Sparks, who passed away in 2021, captured 16 MLB Rookies of the Year and 19 NBA Rookies of the Year, as well as numerous Hall of Famers, including Hank Aaron, Lou Brock, Roberto Clemente and others. Many of his baseball photographs are preserved in the Hall of Fame’s collection, including a 1964 shot of Clemente, which is on display in the Museum’s Picturing America’s Pastime exhibit.

Sparks photographed everything from baseball, basketball and football to tennis and golf, and even captured images of political and civil rights leaders like President John F. Kennedy, Martin Luther King, Jr. and Jesse Jackson. His work appeared in numerous publications, including SPORT, Ebony and JET.

He would never have picked a favorite subject to photograph – because Sparks loved it all.

“He would not have said that he had a favorite. He wasn’t that kind of person, really about anything,” Sparks’ son Steven said. “He was very easygoing, and everything was good. So he probably enjoyed his photos of golfers and of artists as much as he did baseball or basketball – they were all equal, I believe, to him.”

Sparks’ foray into sports began on the other side of the camera, as the Chicago native played basketball throughout high school and college before later traveling with several Black teams that frequently faced off with the Harlem Globetrotters. 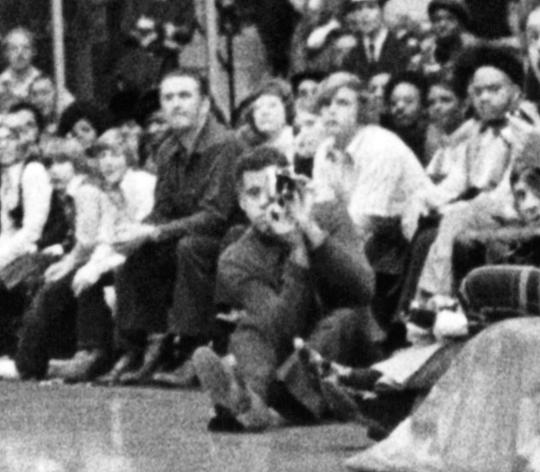 Don Sparks photographed everything from baseball, basketball and football to tennis and golf, and even captured images of political and civil rights leaders. (Courtesy Michael Sparks)

During his travels as a basketball player, he began to form relationships with many of the athletes he would later photograph.

“There were very few places that Blacks could stay,” Sparks’ son Michael said. “Probably Hank Aaron and some others were still in the Negro Leagues at that time, and because there were only a few places they could stay, a lot of times these basketball players and baseball players would be in the same place.”

It was while stationed in Europe with the Army from 1952-54 that Sparks began taking photographs. He continued after returning to the United States, with his earliest work dating back to the mid-1950s – not long after Jackie Robinson broke the color barrier in the NL, when serving as a Black photographer was likely to have presented many challenges.

But Sparks was never one to complain.

“When he did indicate difficulties getting into this event or that event and so forth, at least the way he talked about it, it could just as easily have been due to the fact that he didn’t have a pass to that event or something,” Steven Sparks said. “He didn’t even try to make it sound like it was racially motivated. He never made a big deal about that at all.”

In fact, many of the stories Sparks shared with his family illustrated the close bonds he was able to form with Black athletes as a result of their shared experiences. 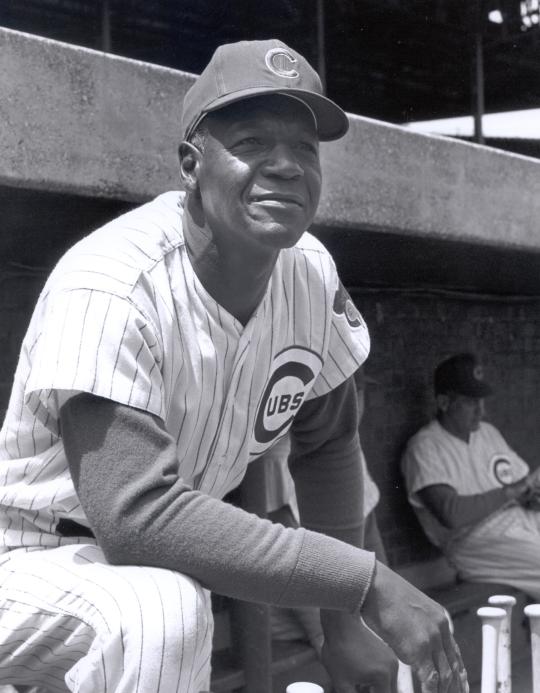 Over his 30-plus year career, Don Sparks photographed numerous Hall of Famers, including Class of 2022 inductee Buck O'Neil. (Don Sparks/National Baseball Hall of Fame and Museum)

“These players would kind of relate and gravitate to him,” Michael Sparks said. “They did let him get close, and maybe he had better access to some of these guys.”

When Brock was starting out his career with the Cubs, Sparks was able to assist the future Hall of Famer in finding a place to stay.

“Chicago’s a rather segregated city, and there were areas that probably weren’t good for [Brock] to go,” Michael Sparks said. “So Dad did help him with that.”

Following his transition to broadcasting, Jackie Robinson frequently covered games at Wrigley Field for ABC-TV. When he needed a new tie for a dinner in Chicago one night, Robinson knew who to ask for a ride. Sparks drove him downtown in his Volkswagen to pick out a tie, and the excursion resulted in a memorable photograph of Robinson and the parking lot attendant they encountered there. 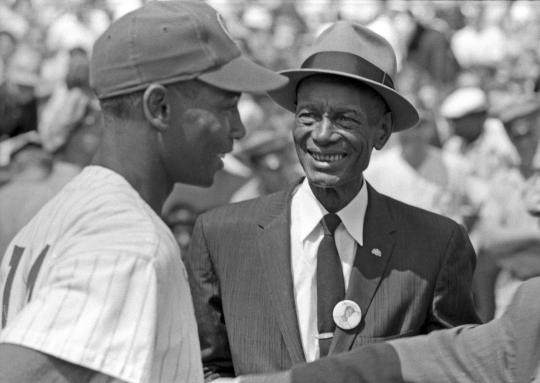 “Curt Flood was also a very good painter, and Dad always talked about, before the game, sitting around and talking about art and painting with Curt Flood,” Michael Sparks said. “So it wasn’t even all just about baseball – he was interested in what those guys were into in the arts.”

Because Sparks didn’t discuss his work often, his sons didn’t quite grasp the significance of what their father was doing from a young age. But as they got older, they realized how unique his collection of photographs was and knew they needed to share it with others.

They begin digitizing photographs and attending art fairs and collectors conventions, with their father often tagging along to bring the photos to life with his memories.

In 2014, Michael Sparks happened to come across a photo his dad had taken of Ernie Banks and his father Eddie at Wrigley Field in August 1964. That July, they brought the photo along with them to the National Sports Collectors Convention in Chicago, where Banks was on site signing autographs.

Don Sparks waited in the signing line with the photo in hand, finally reaching the front and reuniting with Banks.

“They probably had not seen each other in some time,” Steven Sparks wrote in an email. “Dad gave him the print in front of all these convention attendees and Ernie hugged him. So, almost exactly 50 years after the fact, Mr. Banks was seeing this very personal photo for the first time. 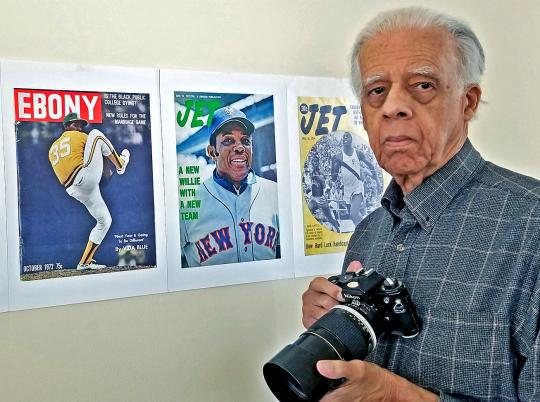 The countless memories preserved within Sparks’ collection are just that – priceless.

And while their father may have often been reluctant to publicize his work, Sparks’ sons hope they’ll be able to do a bit of the work for him now, sharing his photos to document history and transport people back to their earliest memories of sports, art and more.

“I think that we would like people to recognize the work that he put in to capture these images to save them for history,” Steven Sparks said. “In talking to people, and doing shows, and sharing our work, and even posting on social media and so forth, the thing that really strikes us is how many people just really respond to an old photograph. It brings back memories.” 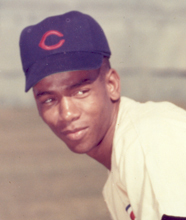 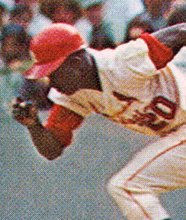 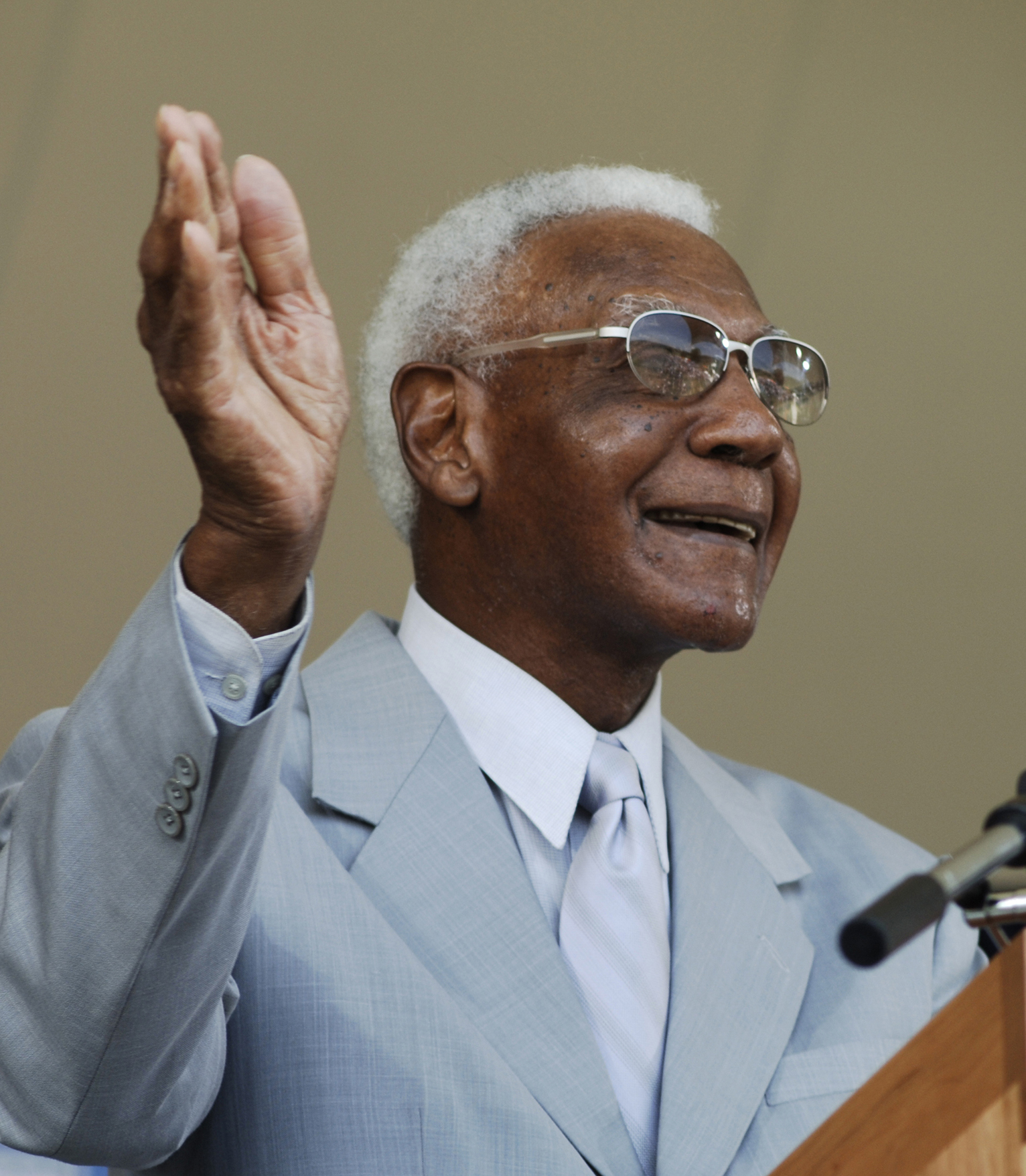 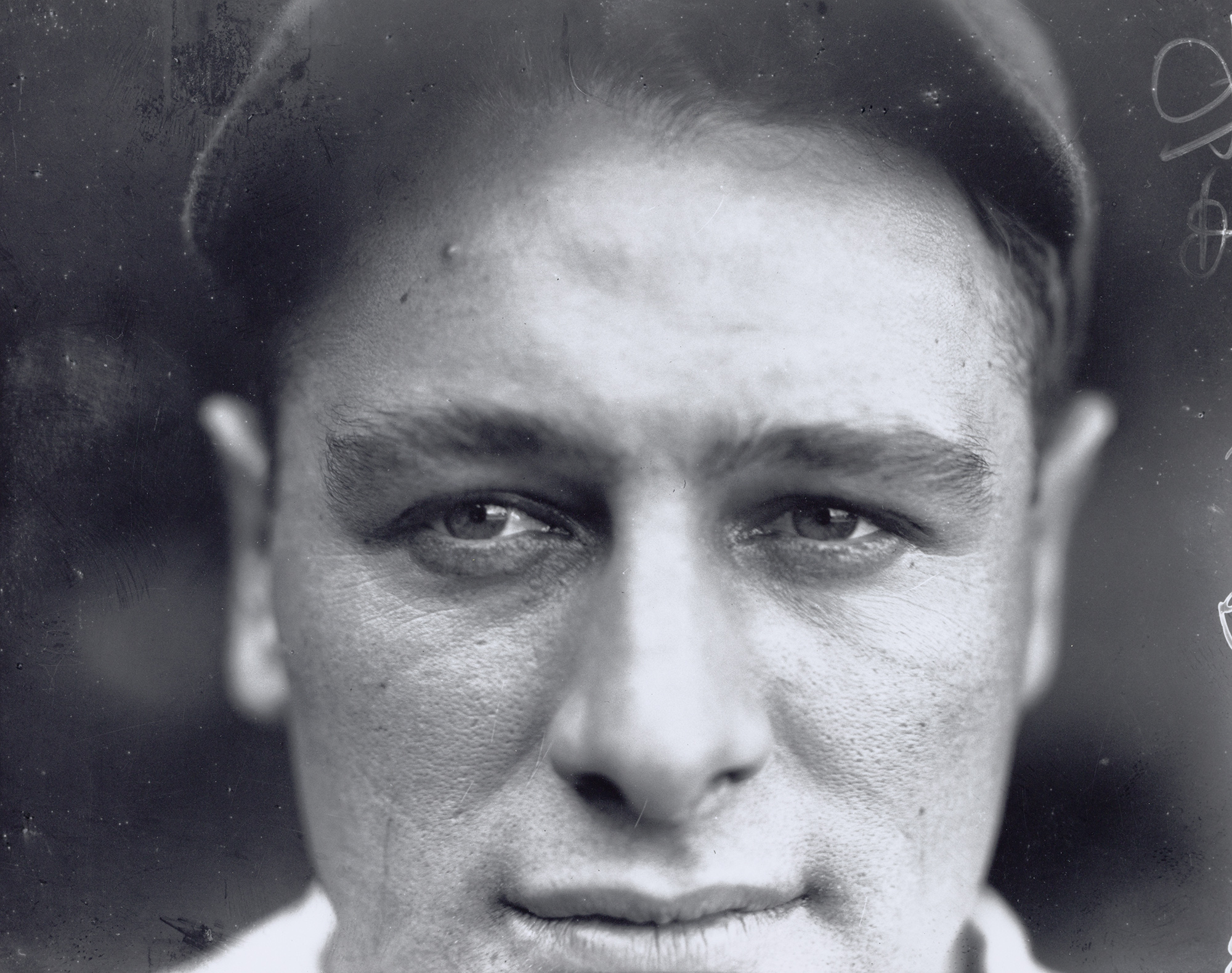 #Shortstops: The Vision of Charles Conlon 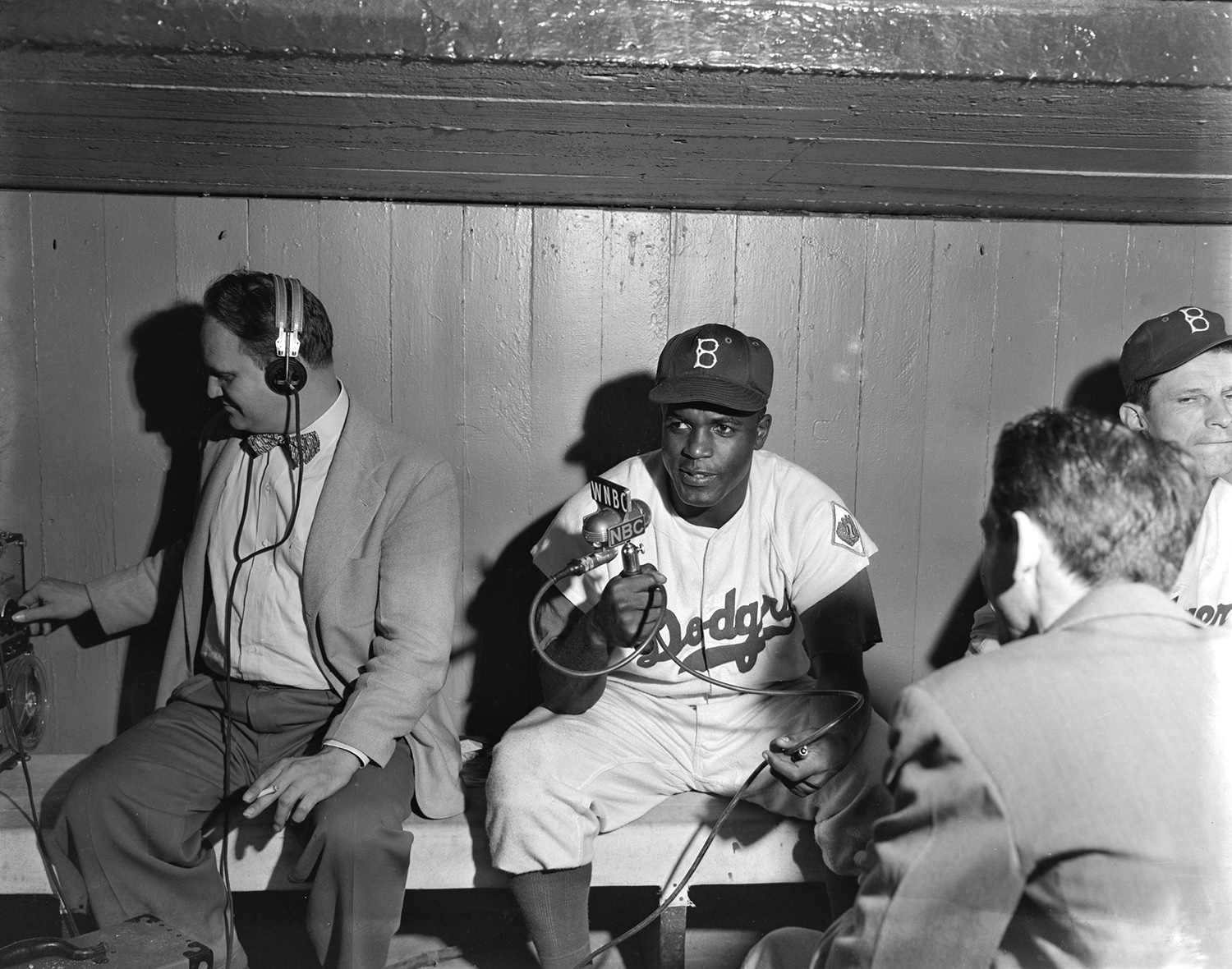 Salas’ lens captured an array of subjects, both on and off the field. 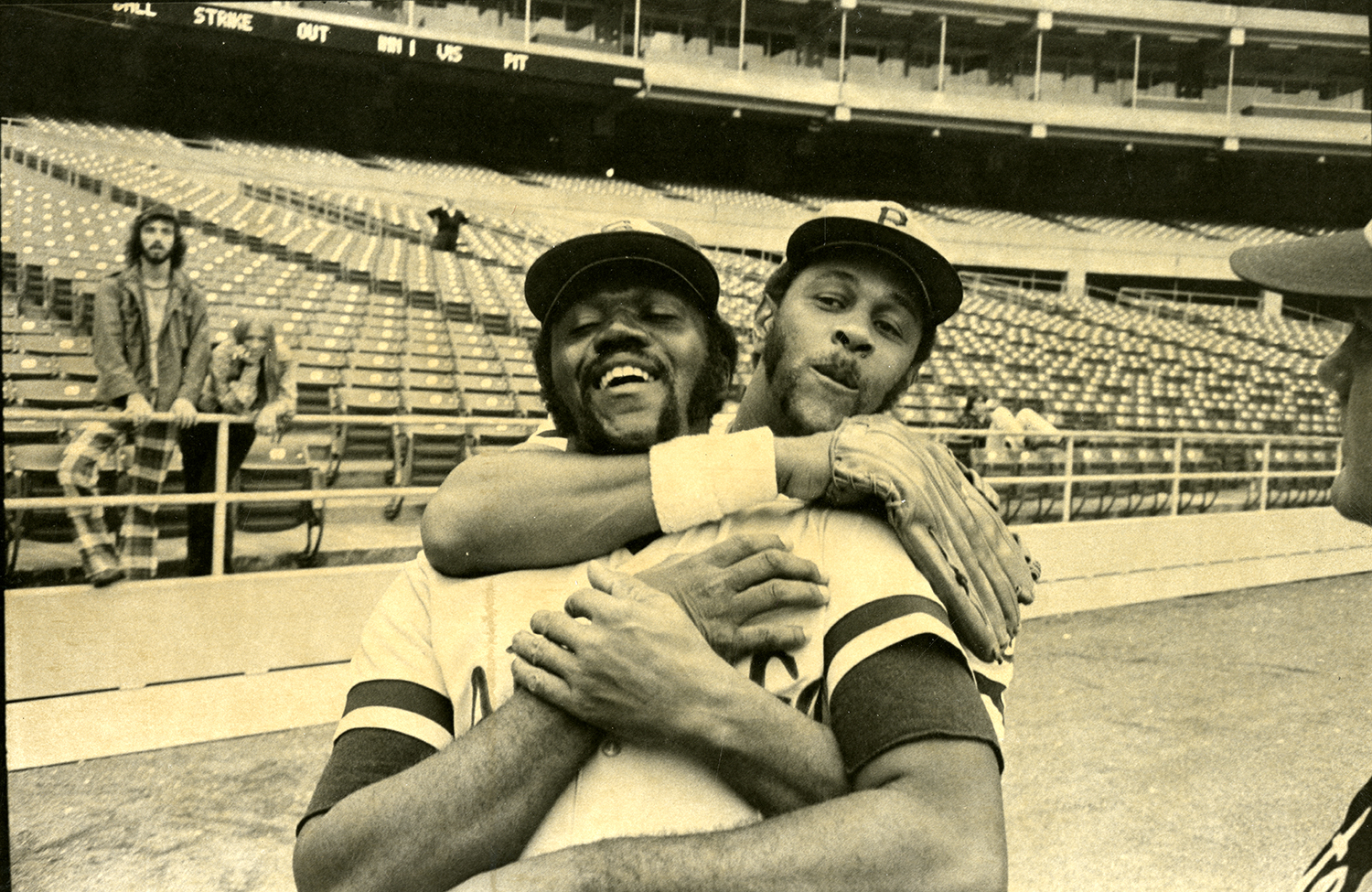 Bob Adelman is best remembered as one of the most notable photographers of the Civil Rights Movement, but in 1973 his lens shifted towards baseball. 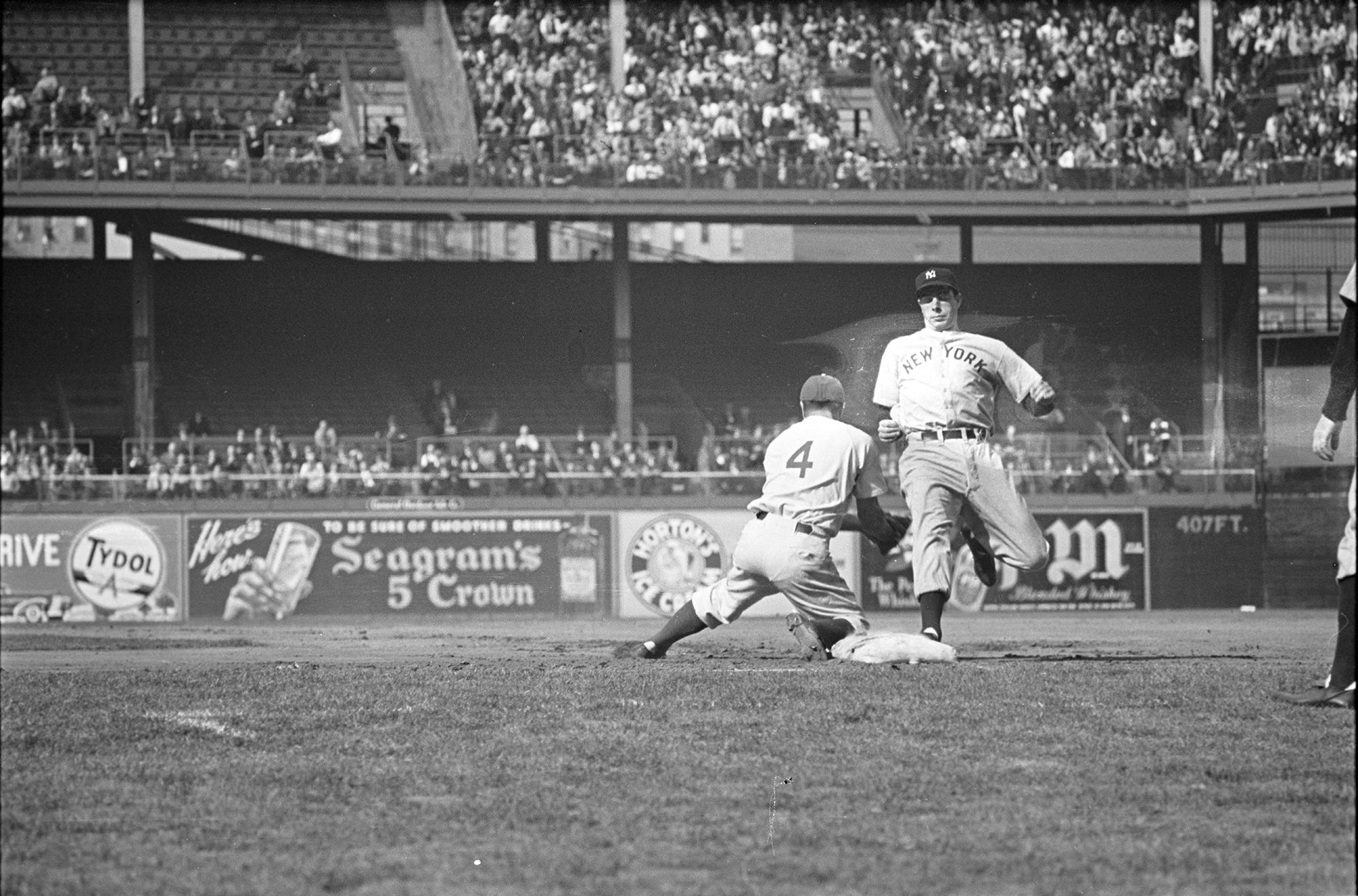