Since the 19th century, baseball and photography have grown up together. From the grandeur of the early game to the vibrancy of today’s sport, every facet of our National Pastime has been captured in sepia tones, color and black-and-white.

With a collection of over a quarter-million images, the Hall of Fame is the world’s premier repository of baseball photographs, spanning some 150 years. Accompanied by the words of those who were there, this exhibit presents a selection of timeless photographs, each picturing America’s pastime.

The images are as diverse as baseball itself: A photo of the participants in an 1889 around-the-world ballplaying tour on the Sphinx in Egypt; a 1929 team photo of the New York Bloomer Girls baseball team; a 1964 photo of Roberto Clemente at Wrigley Field; and a 2006 photo of Ichiro Suzuki at the plate doing his trademark sleeve tug as he digs in. There is even a 1920 photo of a baseball game being played in the pasture where Doubleday Field would be built.

It is said that “a picture is worth a thousand words,” so be sure to take the time to allow these images to speak to you.

Learn more about Picturing America's Pastime, including information about the traveling version of the exhibit, here. 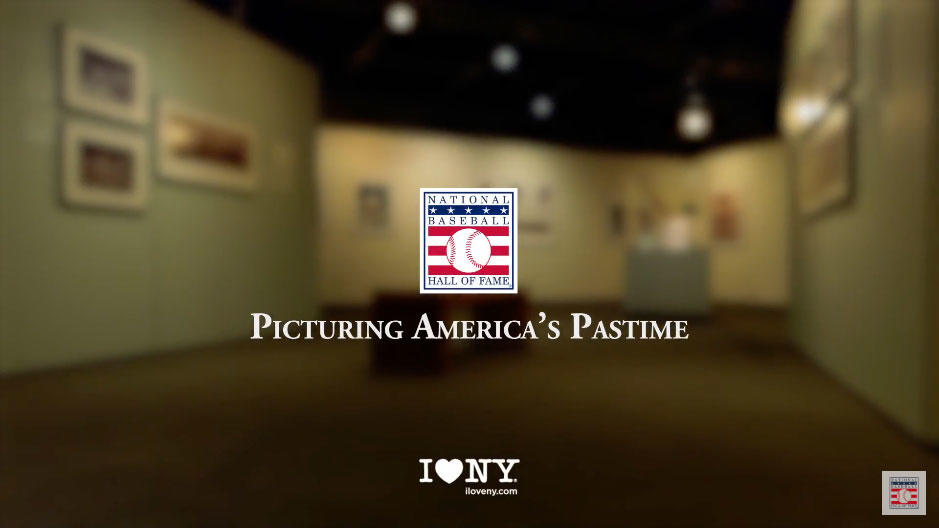