For generations of fans, their love of the National Pastime can be traced to simple pieces of cardboard with an image on one side and numbers on the other.

They were our Shoebox Treasures, and their story is one of the most celebrated in the game's history.

The Museum,'s exhibit, spanning more than 700 square feet of space, examines the history, design and production of cards, the 1980s boom that turned a child’s hobby into a multi-million dollar industry and the joy and camaraderie that so many collectors have found in the hobby.

The exhibit is divided into four primary themes: An exploration of the long history of baseball cards; the evolution of baseball card design; how and why fans of all ages collect baseball cards; and those cards that are considered “Holy Grails.” Shoebox Treasures features more than 2,000 cards on display in vertical drawers that will allow visitors to explore a selection from the Museum’s vast baseball card collection. Visitors can take a trip back in time by spinning a bicycle wheel with baseball cards in its spokes, and can make their own virtual baseball cards with six historic designs.

Shoebox Treasures examines the beginnings of card production, when baseball was not the only subject for collector cards but quickly became the industry standard. Starting in the 1880s, tobacco companies used baseball players’ likenesses on cards to promote their product. A wide range of companies produced cards throughout the first half of the 20th century, but it was the entrance into the market of the Topps Chewing Gum Company in the 1950s that was the game-changer. With the release of its second full set of baseball cards in 1952, Topps – aided by the work of pioneering designer and marketer Sy Berger – conquered the market.

Topps maintained its industry dominance into the early 1980s before a court order opened the market to competitors such as Fleer and Donruss. What followed was a baseball card boom that saw the creation of a market for old cards and a voluminous demand for new ones. 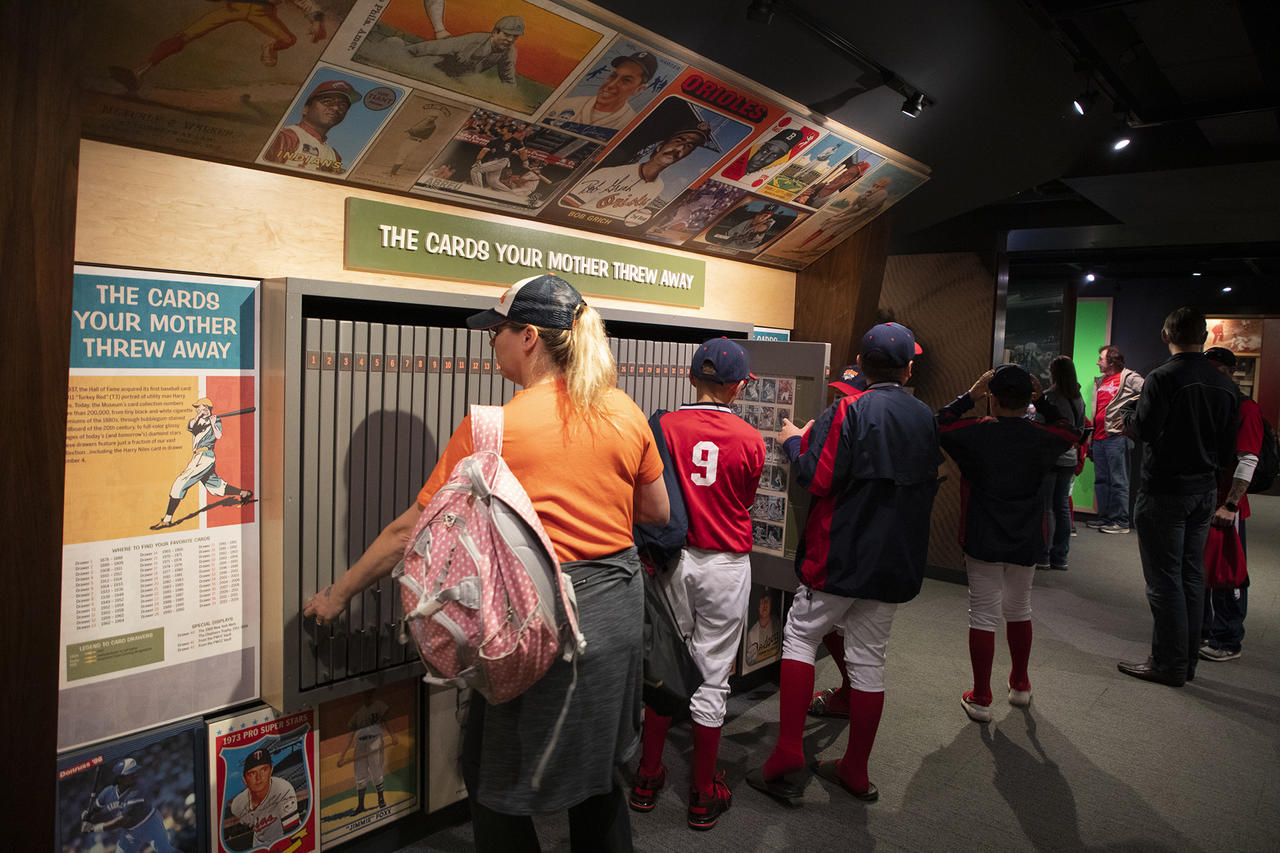 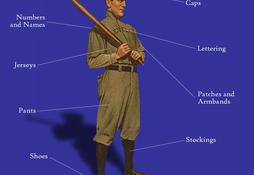 The Hall of Fame offers many online exhibits, including Dressed to the Nines, which contains a history of the baseball uniform.