His place in the game’s history is secure, because Gorman Thomas will always be the only first-round draft choice of the Seattle Pilots.

But Thomas was also a revolutionary player – one who was willing to pile up strikeouts in exchange for game-changing power. That bargain made Thomas one of the most unique hitters of his generation.

James Gorman Thomas was born Dec. 12, 1950, in Charleston, S.C. He excelled in athletics throughout high school and was taken by the Pilots with the 21st overall selection in the June 1969 MLB Draft.

Thomas spent all of the 1972 season with Double-A San Antonio, hitting 26 home runs and striking out 171 times in 135 games. Now an outfielder with a Brewers team that had moved from Seattle in 1970, Thomas earned the Opening Day job as Milwaukee’s right fielder in 1973. 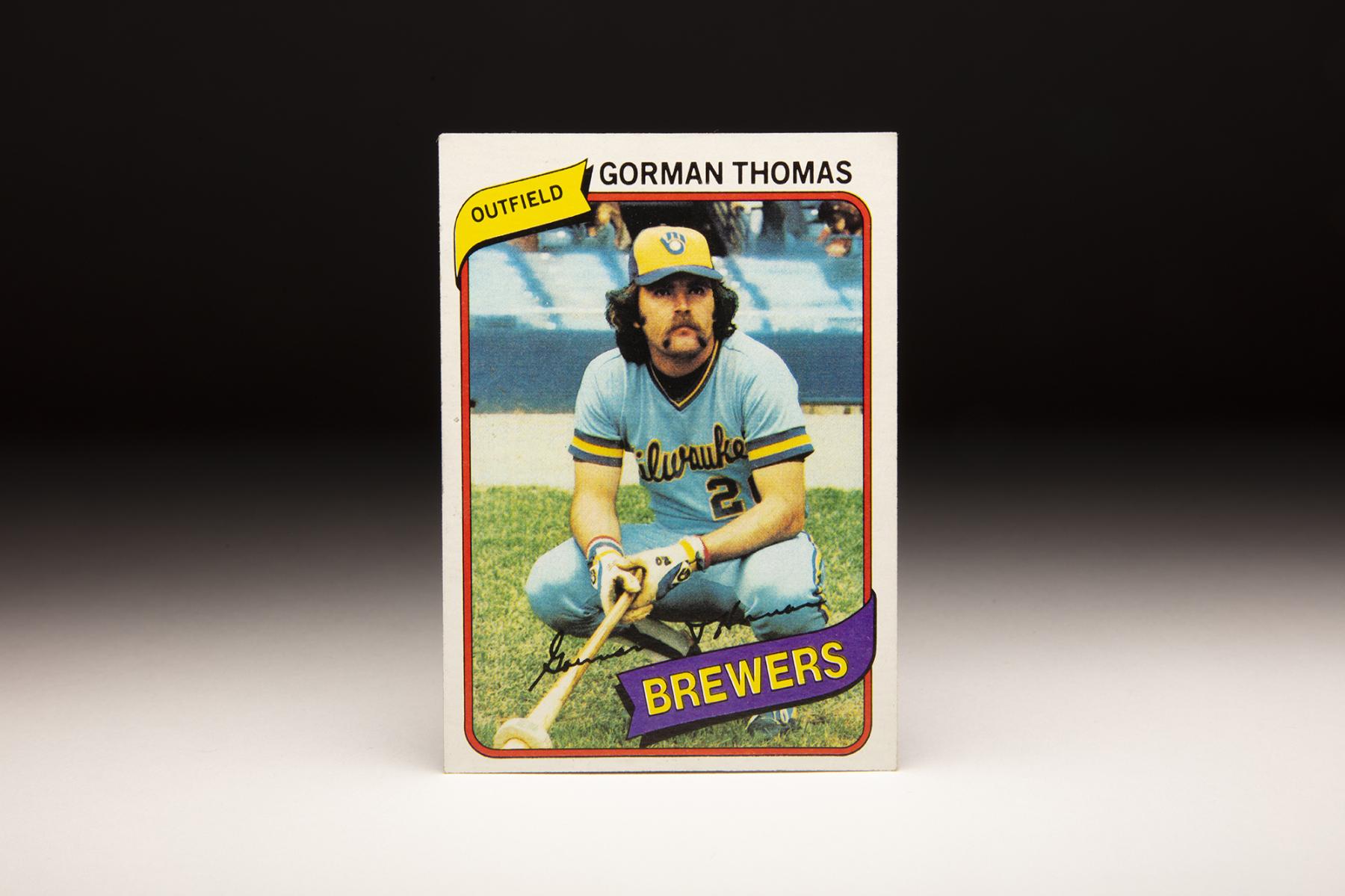 “We’re going to give him a chance to put it all together,” Brewers manager Del Crandall told the Associated Press on the eve of the 1973 season opener. “If he does, we’ve got a hell of a ballplayer.”

Thomas finished the 1973 season with a .187 batting average in 60 games with Milwaukee. He spent most of 1974 with Triple-A Sacramento, putting up a monster season where he hit 51 home runs with 122 RBI in 138 games, earning a September call-up to Milwaukee. 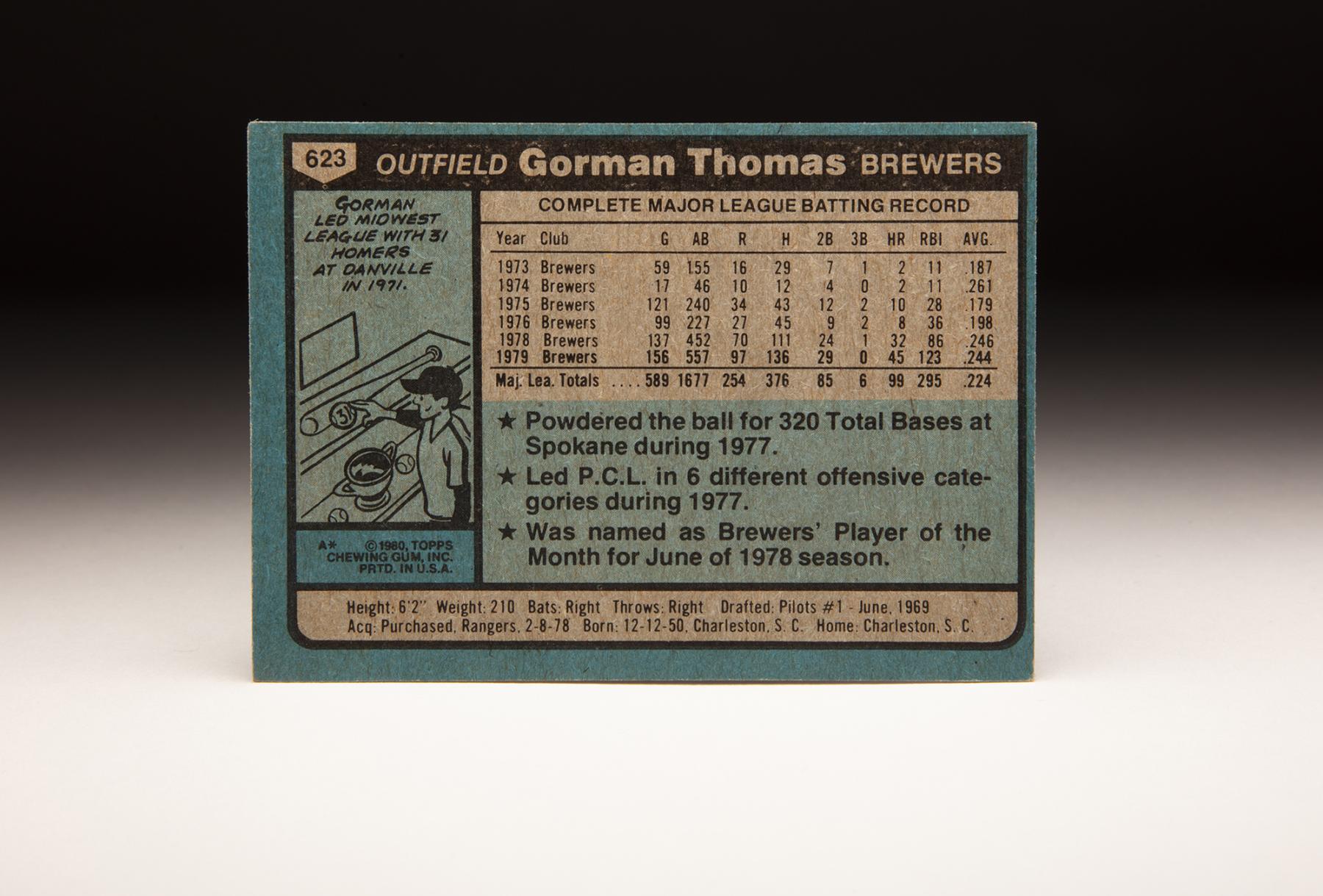 Following the 1977 season, the Brewers sent Thomas to the Rangers as a player-to-be-named-later in a deal that brought Ed Kirkpatrick to Milwaukee on Aug. 20, 1977. But the Brewers purchased Thomas’ contract from the Rangers on Feb. 8, 1978 – and it was later revealed that the deal was simply a way for the Brewers to open a roster spot during the winter of 1977-78.

So by the time the 1978 season rolled around, it was clear that it was now or never for the 27-year-old Thomas. Brewers manager George Bamberger made Thomas his Opening Day starter in center field, and Thomas proceeded to strike out four times in four at-bats against the Orioles. But the next day, Thomas was 2-for-3 with a grand slam and five RBI. Three days later, Thomas hit a pair of home runs against the Yankees. 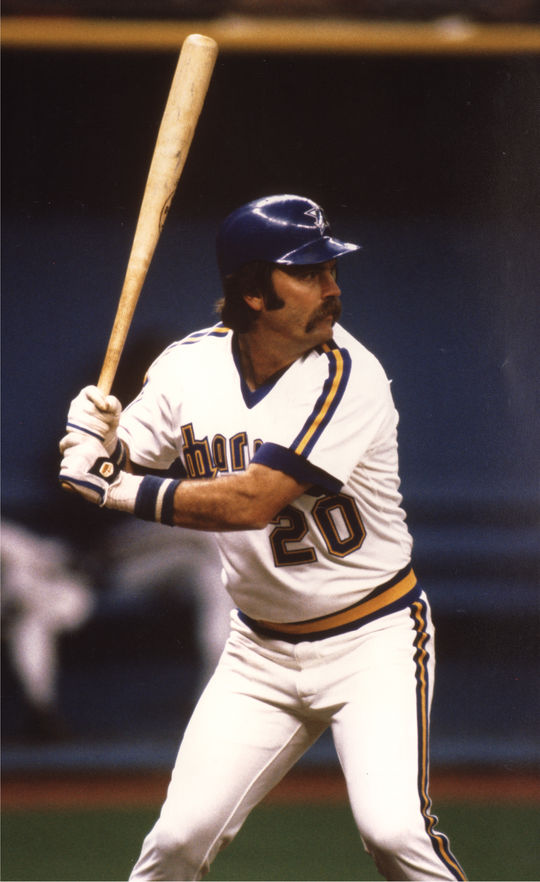 Gorman Thomas was drafted by the Seattle Pilots in 1969, but played nine seasons with the Milwaukee Brewers after the franchise relocated. The Seattle Mariners later acquired him in 1983. (National Baseball Hall of Fame and Museum)

But by showing he could keep his batting average around the .250 mark (Thomas hit .244 in 1979) – and demonstrating that he was a consistent fly catcher in center field – Thomas established himself as a force on a young Milwaukee team that was headed for greatness.

Thomas hit 38 home runs to go with 105 RBI (and 170 strikeouts) in 1980, then hit 21 home runs in 103 games while helping the Brewers advance to the postseason for the first time during the strike-shortened 1981 campaign – also earning his first All-Star Game berth that year.

In 1982, Thomas led the majors with 39 home runs – batting out of the No. 6 spot in the order for most of the year for a powerful Milwaukee lineup. The Brewers won their first-and-only AL pennant that year, and Thomas had three RBI in the Brewers’ seven-game loss to the Cardinals in the World Series.

The following year, Thomas was hitting just .183 with five homers in 46 games when he was dealt to Cleveland with Ernie Camacho and Jamie Easterly in exchange for Rick Manning and Rick Waits. He finished the year with a .209 batting average, 22 home runs and 69 RBI in 152 games.

Even as he aged, Thomas remained an everyday center fielder. In 868 games from 1978-83, Thomas appeared as a designated hitter only 12 times. His 197 home runs during that time were the most of any American League player and trailed only Mike Schmidt (220) among all big leaguers.

But Thomas’ rough-and-tumble play began to take its toll in 1984 when – after being traded to Seattle on Dec. 7, 1983, with Jack Perconte in a deal for Tony Bernazard – Thomas appeared in just 35 games due to a rotator cuff injury that effectively ended his ability to play the outfield. 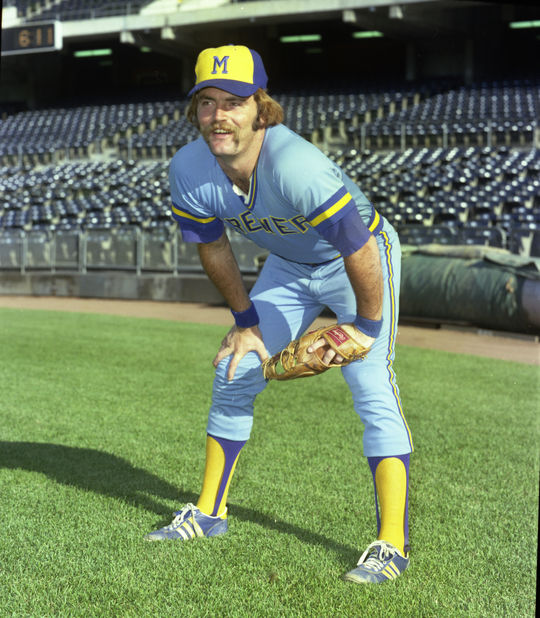 Gorman Thomas was traded by the Milwaukee Brewers to the Texas Rangers on Oct. 25, 1977, but was reacquired by the Brewers before he ever played a game with Texas. (Doug McWilliams/National Baseball Hall of Fame and Museum)

Thomas returned as a DH in 1985, hitting 32 home runs in 135 games. But after hitting .194 in 57 games to start the 1986 season, the Mariners released Thomas on June 25. He flirted with retirement over the next few days, but he returned to the Brewers three weeks after his release, hitting .179 in 44 games before the Brewers released him on Oct. 16. Nine days later, Thomas announced his retirement.

“I could get interest from somebody else’s camp,” Thomas told writer Tracy Ringolsby in the Tampa Tribune. “But I’d rather leave this way. If I can’t play in Milwaukee, I don’t want to play anywhere.”

Thomas finished his 13-year career with 1,051 hits, 268 home runs, 782 RBI and a .225 batting average. He struck out 1,339 times, an average of slightly less than one strikeout per game he played. But Thomas also proved that there was a place in the game for low-contact, high-power players – especially ones who could play a premium defensive position like center field.

His original team – the Pilots – is no longer around. But Gorman Thomas’ style of play is still a hit in the big leagues. 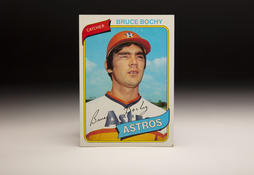 Bruce Bochy may be best known for his managerial career, but this 1980 Topps card highlights his time as a major league player.