The list of pitchers in the modern era (post 1900) with back-to-back seasons with 300-plus strikeouts is a who’s who of some of the game’s great flame throwers.

But the sixth pitcher with consecutive 300-strikeout seasons may have – for a time – been as good as any of them. A tragic stroke, however, left J.R. Richard confined to baseball’s greatest “what if” lists.

James Rodney Richard struck out 303 batters for the Astros in 1978, becoming just the third post-1900 National League pitcher – after Koufax and Steve Carlton – to reach the 300 mark. He did it in just 275.1 innings, the fewest in NL history for such a season. 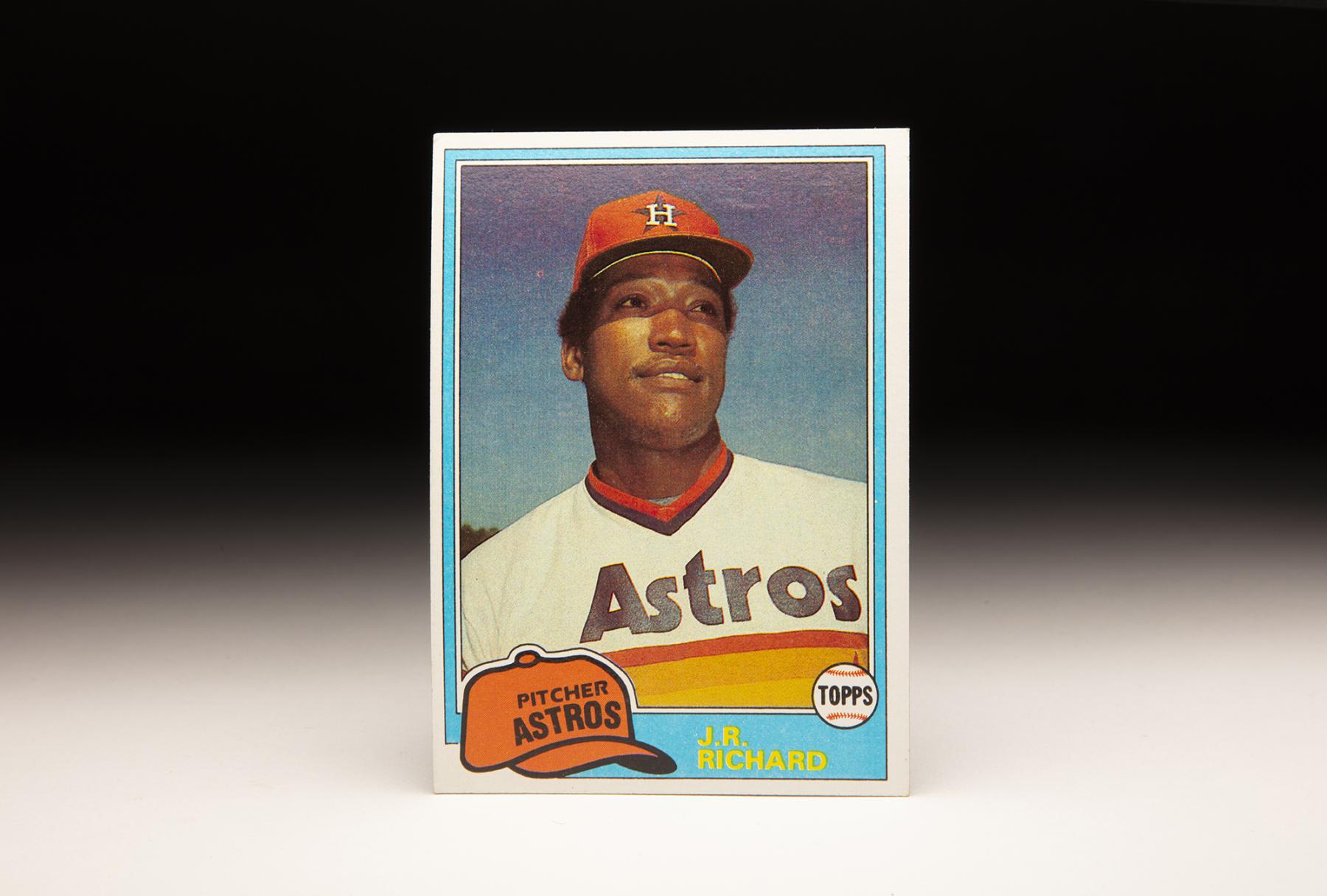 Entering his age-30 season in 1980, Richard appeared to be poised for a historic run. A few months later, it was all but over.

Born March 7, 1950, in Vienna, La., Richard excelled in baseball and basketball in high school. At 6-foot-8 and 220 pounds, Richard received dozens of scholarship offers to play college basketball. But when the Houston Astros tabbed Richard with the second overall pick in the 1969 MLB Draft, Richard decided his future was on the diamond. 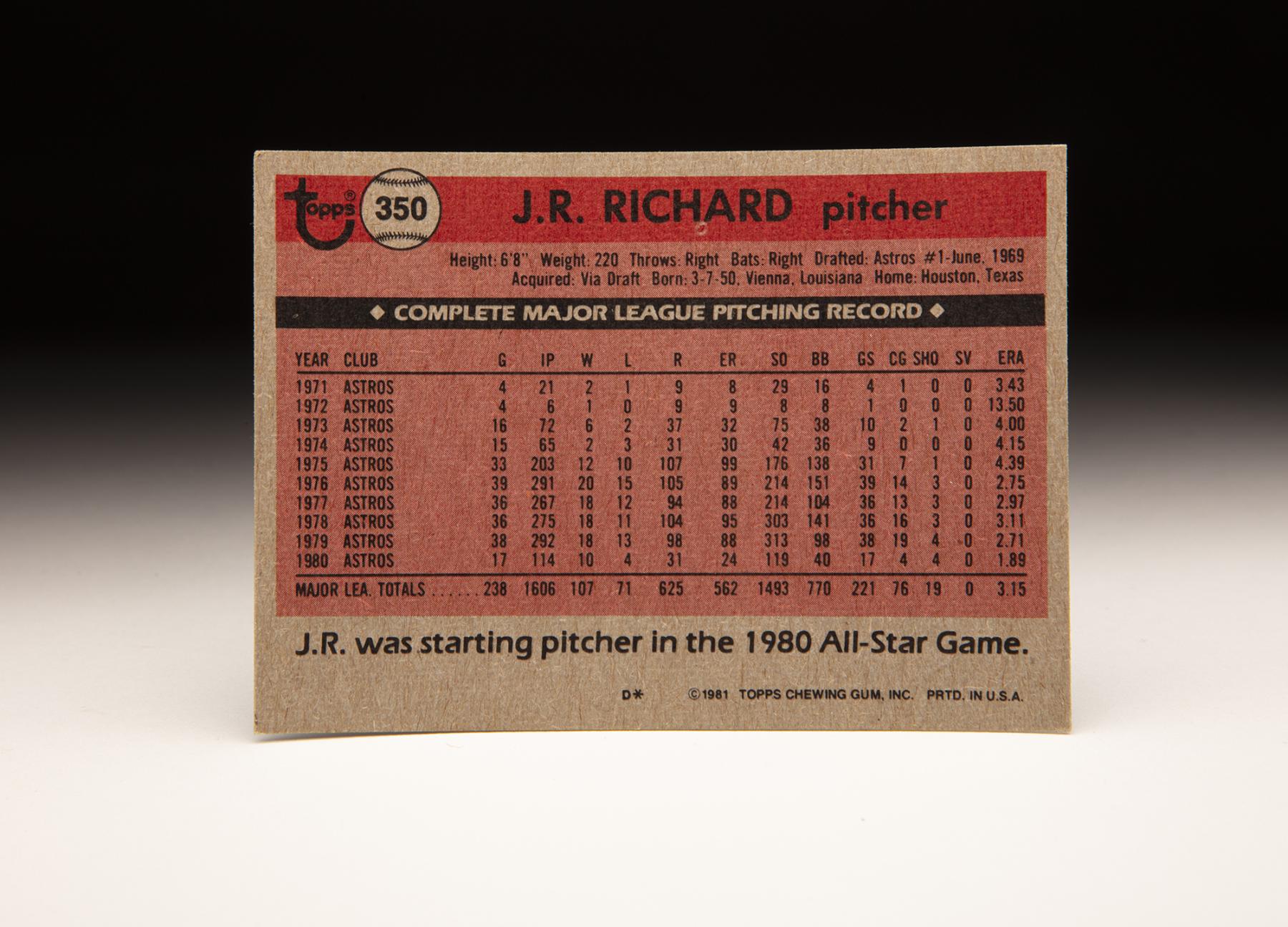 After just three seasons in the minors, the Astros summoned Richard to Houston late in the 1971 campaign. In his first big league appearance on Sept. 5, Richard struck out 15 San Francisco Giants over nine innings in a 5-3 win, tying Karl Spooner’s big league record for most strikeouts in a big league debut.

Richard fanned the final four batters he faced and recorded three of his Ks against Willie Mays – hitting in the No. 3 spot that day for a team that would go on to win the National League West title.

With a fastball capable of hitting triple digits and a power slider, Richard appeared ready for big league stardom. But he struggled to harness his repertoire over the next three seasons, spending time in the minor leagues in 1972, 1973 and 1974.

Then in 1976, Richard assumed the role of the Astros’ ace, making his first Opening Day start. Richard authored a 20-win season and 2.75 ERA over 291 innings, leading the NL in walks again with 151 but also striking out 214 batters while allowing a league-low 6.8 hits per nine innings pitched. 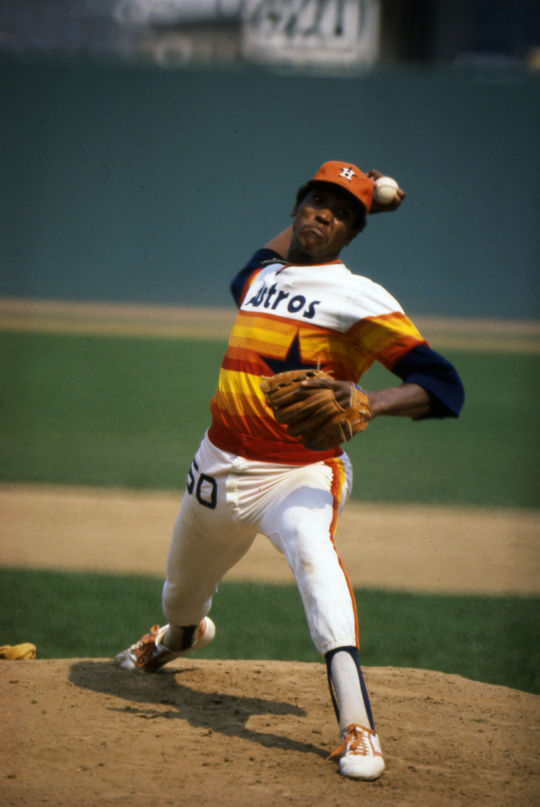 In each of the next three seasons, Richard won 18 games. He finished fourth in the NL Cy Young voting in 1978 and third the year after, allowing fewer than seven hits per nine innings in both seasons while cutting his walks down to 98 in 1979, allowing him to post a league-best 3.19 strikeout-to-walk ratio.

Following the 1979 season, the Astros signed Nolan Ryan as a free agent, giving Houston the top two strikeout pitchers in the game. The Astros’ 1980 rotation also featured 20-game winner Joe Niekro, leading many to install Houston as the favorite to win the World Series.

Heading into the All-Star break, the Astros were 45-33, percentage points ahead of the Dodgers for first place in the National League West.

Richard was 10-4 with a 1.96 ERA in 16 starts, including four shutouts. He had allowed a miniscule 5.2 hits per nine innings worked, which would have been a single-season record if Richard had had enough innings to qualify. 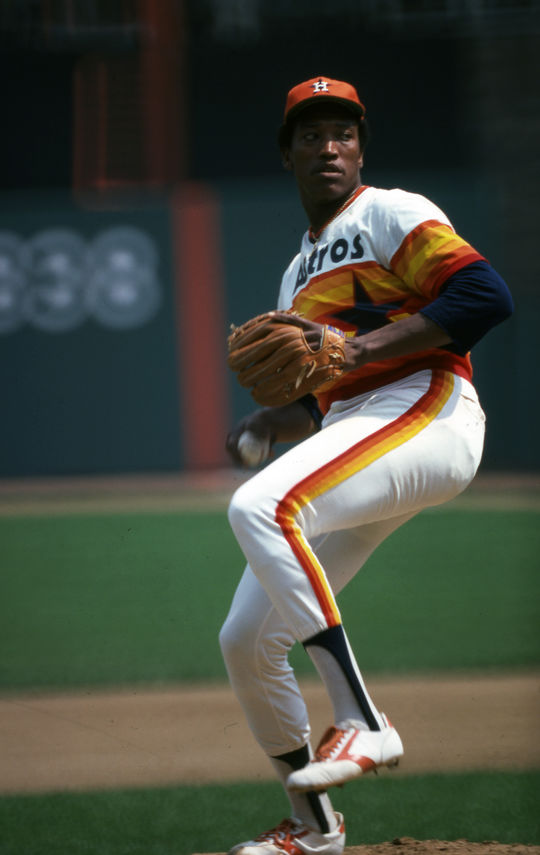 The Houston Astros drafted J.R. Richard with the second overall pick in the 1969 MLB Draft. (National Baseball Hall of Fame and Museum)

Richard was named to his first All-Star Game, earning the start and working two innings while striking out three American League batters.

But Richard was already experiencing “dead arm” symptoms, and he lasted just 3.1 innings in his next start on July 14 before removing himself from the game. It would be his last big league appearance.

With numbness in his fingers and vision difficulties, Richard was placed on the disabled list.

Examinations revealed that Richard had blood flow issues in his right arm, but doctors could not pinpoint the cause. Some questioned whether he was injured at all.

Then on July 30, while working out at the Astrodome, Richard suffered a major stroke and collapsed on the field. He underwent 18 hours of surgery that night to remove a blood clot in an artery in his neck, a procedure that saved his life. 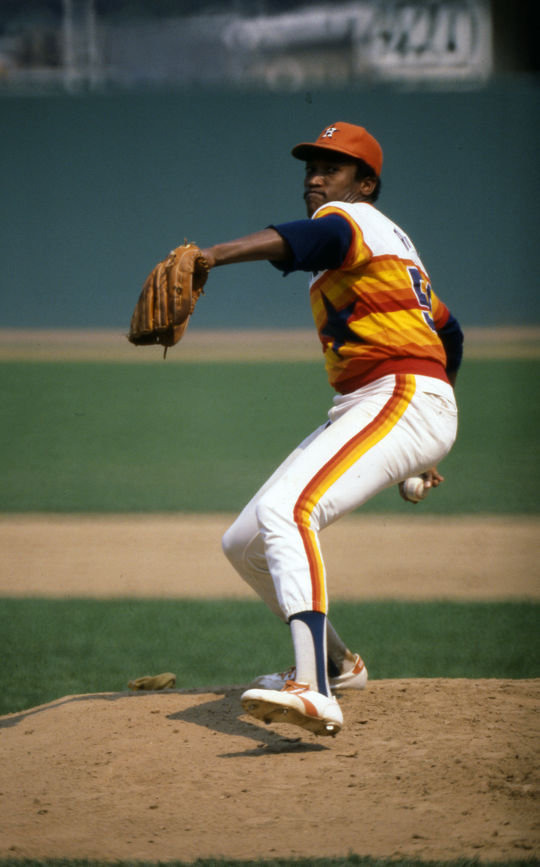 Richard spent almost the entire 1981 season rehabilitating from the stroke, then pitched in a simulated game in September as the Astros held out hope that he would return to the majors that season. But he was never able to take the mound in a regular season game.

Richard appeared in a Spring Training game in 1982 and worked his way back to the minors in extended Spring Training, appearing in 12 games for Class A Daytona Beach and Triple-A Tucson throughout the summer.

“I’m here to play baseball – whatever it takes,” Richard told the Chicago Sun-Times while he was with the Daytona Beach Astros. “I think just sitting here like I am is a miracle.”

Again, the Astros had hopes that Richard would pitch in the big leagues in September. But he never made an appearance. 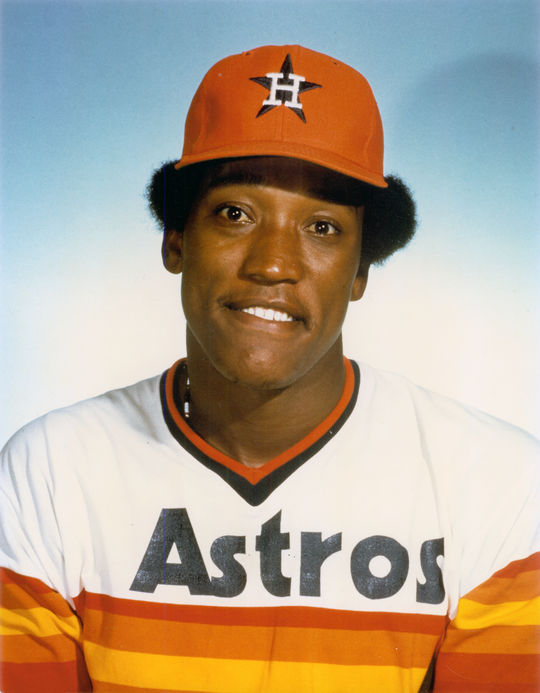 In 1983, a calf injury cost Richard almost the entire season, as he pitched in just nine games for the Gulf Coast League Astros. He became a free agent following the season and the Astros re-signed him in February of 1984. But two months later, on April 27, he was released – ending his playing career.

It was a quiet finale to a journey that saw J.R. Richard become one of baseball’s most fearsome pitchers. He battled financial problems in his post-playing career, but bounced back and was honored with election to the Astros Hall of Fame in 2020. He passed away on Aug. 4, 2021.

While his career did not reach its full potential, his legacy as one of the game’s best – for a brilliantly brief period of time – remains secure. 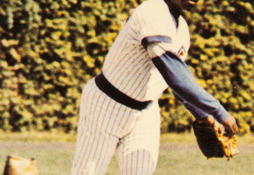