He set a National League record by recording 701 at-bats in 1984, and in that same season Juan Samuel set a new standard for rookies with 72 stolen bases.

Thanks to Dwight Gooden, it was arguably the best freshman season ever for a player that did not win his league’s Rookie of the Year Award. But Samuel made up for the lack of hardware with a long career that featured three All-Star Game selections and a reputation as one of the most respected coaches in the game.

Samuel was born on Dec. 9, 1960, in San Pedro de Macorís of the Dominican Republic. The Dominican government soon set about building baseball stadiums throughout the island, and San Pedro became a hotbed for young talent.

But unlike countrymen like Tony Fernández, Alfredo Griffin and Pedro Guerrero who also grew up in San Pedro, Samuel was discovered by big league scouts playing softball for a clothing factory where he worked in the late 1970s.

“Very fast softball, very good for your hand-eye coordination,” Samuel told The New York Times. “It wasn’t so strange; most of the guys played hardball, and I did too.”

Samuel was soon invited to a big league tryout by scout Hector Acevedo.

“Apparently, he liked what I saw, my throwing arm and speed,” Samuel said. “When it was over, I got a $2,500 bonus to sign with the Phillies.”

Samuel signed his contract on April 29, 1980, and reported to the Phillies’ short-season Class A team in Bend, Ore., that summer. He hit .282 with 26 steals and 66 runs scored in 69 games, earning a promotion to the Spartanburg Phillies of the Class A Sally League in 1981. After hitting .248 with 11 homers, 74 RBI, 88 runs scored and 53 steals that season, Samuel was firmly established as a top prospect. 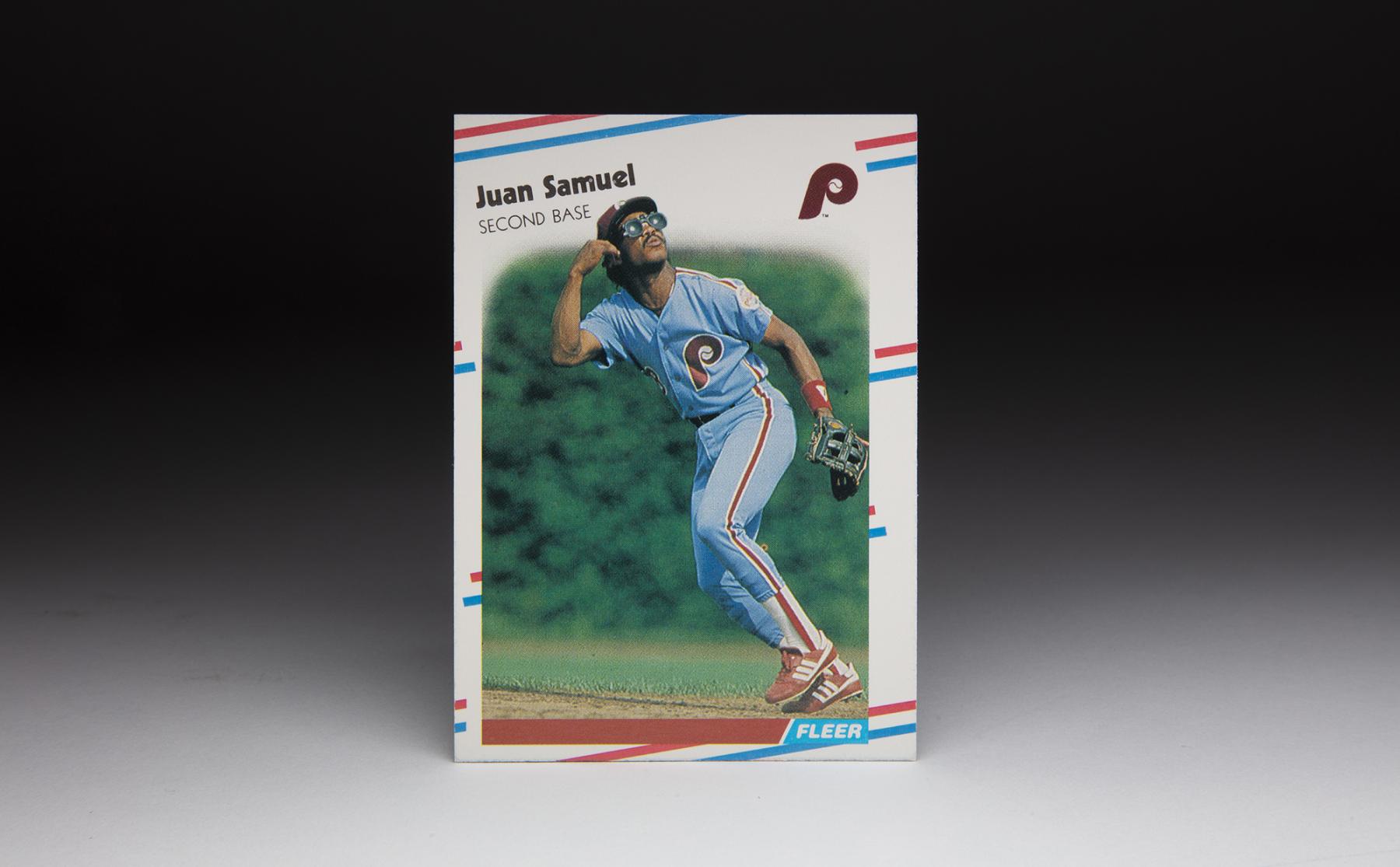 Juan Samuel is one of only six players in big league history with at least 100 triples, 150 home runs and 350 stolen bases. (Fleer baseball card photographed by Milo Stewart Jr./National Baseball Hall of Fame and Museum)

In 1982, Samuel tore through the Carolina League, hitting .320 with 111 runs scored, 28 home runs, 94 RBI and 64 steals for the Peninsula Pilots. He was named the league’s Most Valuable Player.

The Phillies had Samuel ticketed for Philadelphia for the 1984 season – and with that in mind traded for future Hall of Famer Joe Morgan on Dec. 14, 1982, so Morgan could play second base in 1983. After a slow start, the Phillies dismissed Corrales after 86 games and replaced him with Paul Owens, who led the team to the National League pennant. 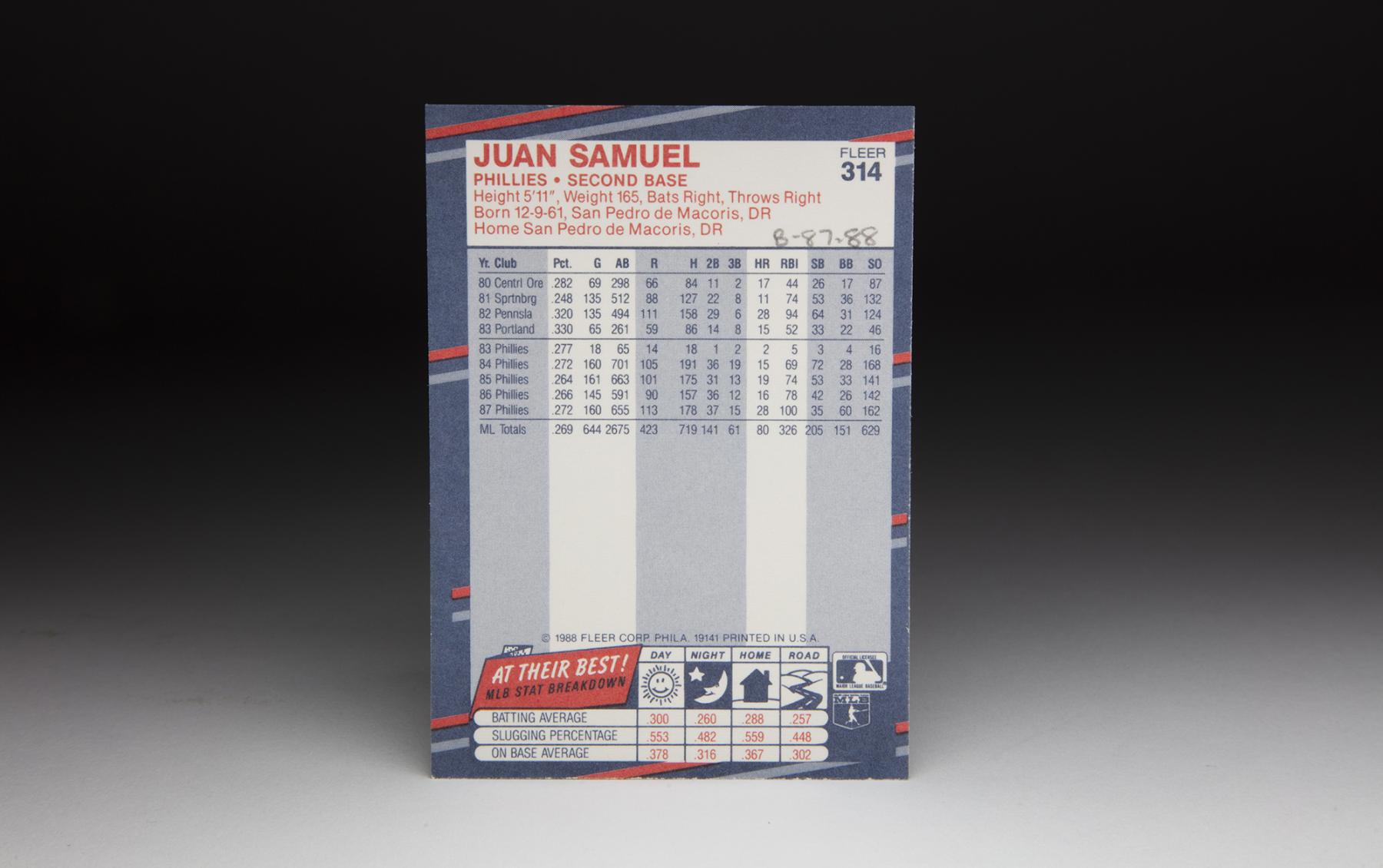 The Phillies then released Morgan on Oct. 31, clearing a path for Samuel, who hit .290 with 26 homers, 91 RBI, 95 runs scored and 52 steals in 112 games with Double-A Reading and Triple-A Portland in 1983. Samuel even got into 18 games with the Phillies down the stretch – hitting .277 – and appeared in four games as a pinch runner or pinch hitter in the postseason.

“I was groomed to play second base, got to the big leagues in 1983 and found Joe Morgan playing second,” Samuel told The New York Times. “It was late in his career. We split the job. The next year, I started playing every day.”

With the Phillies second base job his in 1984, Samuel hit .272 with 191 hits, 36 doubles, a big league best 19 triples and 15 home runs to go with 105 runs scored and 68 RBI. He also led the majors in strikeouts with 168 in an era where totals like that were seen as a failure on the part of the player. But Samuel’s impressive power/speed combination earned him an All-Star Game berth, a 21st place finish in the NL Most Valuable Player voting and a second-place finish in the league’s Rookie of the Year voting behind Gooden, who was 17-9 with a 2.60 ERA and 276 strikeouts as a 19 year old.

The Sporting News named Samuel the game’s top rookie of 1984. 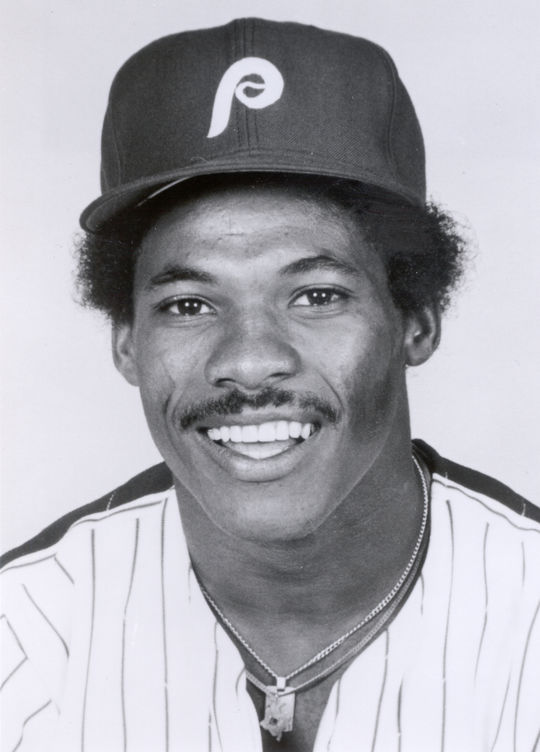 In 1984, Juan Samuel finished second in NL Rookie of the Year voting behind Dwight Gooden after totaling 191 hits, 36 doubles, 19 triples and 105 runs scored. (National Baseball Hall of Fame and Museum)

“We’ve had some people around this league offer us some top-of-the-line personnel for Samuel,” Phillies player personnel advisor Hugh Alexander told the South Florida Sun Sentinel in Spring Training of 1985. “Every time they do, we laugh.

“There’s no way we’d trade Samuel. He’s the best damned young player in baseball today. And if he isn’t, I’d sure like to know who’s better.”

He again led the NL in strikeouts with 162 – but he also became the first player in history with double-digit totals in doubles, triples, homers and steals in each of his first four full big league seasons. 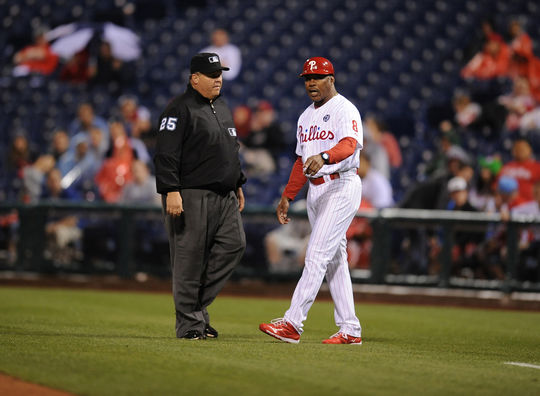 Juan Samuel's baseball career featured three All-Star Game selections and a reputation as one of the most respected coaches in the game. (Miles Kennedy/Philadelphia Phillies)

With free agency looming following the 1989 season, Samuel and the Phillies agreed to a two-year, $2.8 million dollar contract heading into ’89. They also agreed that Samuel – who led all NL second basemen in errors in 1984, 1986 and 1987 – would move to center field following the acquisition of Tom Herr in a trade with the Twins.

“People are going to expect a lot of me this year,” Samuel told the Philadelphia Daily News entering a season where he was the third-longest tenured member of the Phillies. “But I think I can handle it.

“It really helped that the Phillies gave me a good contract. It makes me feel that they appreciate me and they have confidence in me.”

But the move did not pay dividends. Samuel was hitting .246 with eight homers and 20 RBI in 51 games when the Phillies decided a reboot was in order, trading Samuel to the Mets in exchange for Lenny Dykstra and Roger McDowell on June 18, 1989.

“There have been rumors for a few weeks, so this is a little bit of a relief,” Samuel told the News Journal of Wilmington, Del. “Now I have to leave my Phillies blood here and start pumping Mets blood for tomorrow night’s game.”

In Dykstra, the Phillies got a player who would lead the NL in hits in 1990 and help serve as a cornerstone of the rebuild that would result in the Phillies’ National League championship in 1993. Samuel, meanwhile, hit .228 in 86 games for the Mets. Though New York make a late-season push, the defending NL East champions finished second in the division with an 87-75 record.

“We started to do things when I dropped Sammy from leadoff to No. 2 in the lineup,” Mets manager Davey Johnson told The New York Times in 1989. “He can do more things there. He has speed and power, and he’s comfortable hitting with a runner on base. He’s what we thought he’d be when we made the trade. He’s an impact player.”

But on Dec. 20, Samuel was traded to the Dodgers in exchange for Mike Marshall and Alejandro Peña. A day later, Los Angeles signed free agent outfielder Hubie Brooks – setting up a crowded outfield that also featured Kal Daniels and Kirk Gibson. 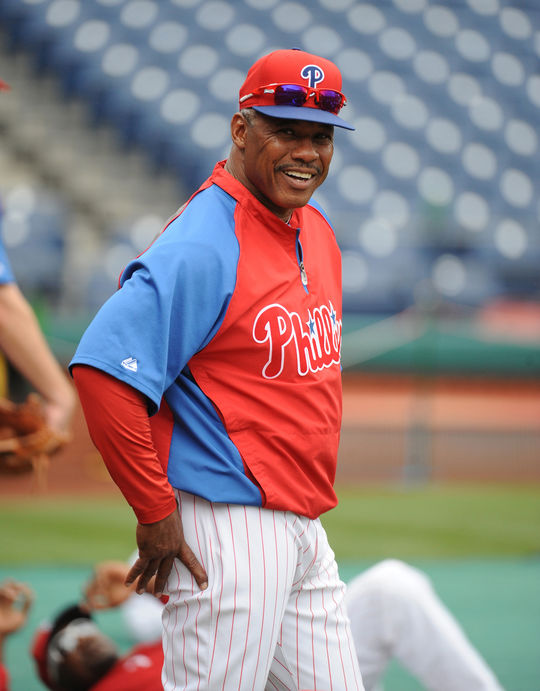 Juan Samuel joined the Phillies as their third base coach in 2011, remaining with the club through 2017 under three different managers. (Miles Kennedy/Philadelphia Phillies)

“This is the answer to what we needed,” Lasorda told the San Bernardino County Sun of the Samuel trade. “When (Samuel) gets to Vero Beach next spring, he’s gonna get a crash course on playing center field.”

But with Samuel hitting just .213 on May 13, the Dodgers traded second baseman Willie Randolph to the Athletics in exchange for outfielder Stan Javier. Samuel then returned to second base, finishing the season with a .242 average, 13 homers, 52 RBI and 38 steals.

With his two-year deal expiring, Samuel accepted an arbitration offer from the Dodgers, signing a one-year deal worth $1.575 million. He hit .271 with 74 runs scored, 12 homers and 58 RBI in 1991, earning his third All-Star Game selection after getting off to a torrid start where he was hitting .340 as late as June 10.

“I don’t really know him,” teammate Brett Butler, who joined the Dodgers in 1991, told the Los Angeles Times. “But I know he is playing like a man trying to prove a point. I think Sammy just wanted to be wanted.”

But following the 1991 season, Samuel again found no offers of a multi-year contract. Once again, he returned to the Dodgers via arbitration, signing a one-year deal worth $2.325 million.

“I think the best thing for me is if (the Dodgers) could work some kind of a deal for something they need,” Samuel told the Associated Press during Spring Training of 1992. “Being in the same situation the last two or three years is not helping.”

But a hairline fracture on the middle finger of his right hand slowed Samuel significantly in 1992 as he missed all of May. On July 30 – with Samuel hitting .262 with no home runs in 47 games – the Dodgers released their veteran second baseman.

Samuel hooked on with the Royals for the last two months of the 1992 season, then signed a minor league deal with the Reds that included an invitation to Spring Training. After hitting .230 in 103 games off Cincinnati’s bench in 1993, Samuel hit .309 in 59 games for the Tigers in 1994, returned to Detroit in 1995 only to be traded back to the Royals in a stretch drive deal in September. He finished his playing career with three seasons as a reserve with the Blue Jays.

Samuel immediately joined the Tigers as the team’s first base coach for the 1999 season, remaining with the team through 2005. He managed the Mets’ Double-A team in Binghamton in the Eastern League in 2006, then joined the Baltimore Orioles as their third base coach in 2007.

With the Orioles at 15-39 on June 4, 2010, the team fired manager Dave Trembley and named Samuel interim skipper.

“Everybody has a lot of respect for Sammy,” Orioles infielder Ty Wigginton told the Baltimore Sun. “He knows the game. He’s accomplished tons of things in the game.”

The Orioles, however, hired Buck Showalter as their permanent replacement for Trembley on July 29. In 51 games at the help, Samuel led the Orioles to a 17-34 record.

Samuel joined the Phillies as their third base coach in 2011, remaining with the club through 2017 under three different managers while helping Philadelphia advance to the postseason in his first year on the coaching staff.

“I haven’t seen a perfect player yet.” 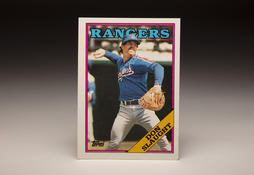 Among all catchers with at least 1,000 games behind the plate, Don Slaught is one of just 25 with a career batting average of at least .280. 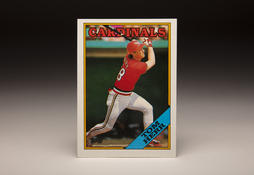 Tom Herr, who began his big league career with 1,160 at-bats without a home run, turned his team's speed on the basepaths into runs batted in like few hitters ever had. 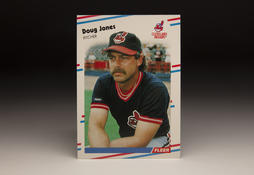 He didn't earn a regular MLB roster spot until the season he turned 30 - but Doug Jones saved 303 big league games over his 16-year career nonetheless. 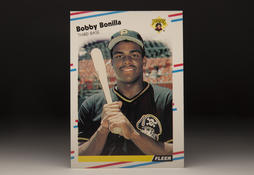 Bobby Bonilla experienced all the highs and lows baseball could offer, ending his career with a contract that is an annual talking point for baseball fans.