Claire Smith, a trailblazing baseball writer, added to her long list of accomplishments when she was named the 2017 recipient of the J.G. Taylor Spink Award.

Smith became the first female and fourth African-American winner in the 55-year history of the Spink Award.

She worked as a reporter for the Hartford Courant, as a national baseball columnist at The New York Times, as a columnist for The Philadelphia Inquirer and at ESPN.

"I was blown away," Smith said. "Just to be nominated with them was a victory in itself. To say that I shed a few tears is an understatement. It was just one of the most special moments in my life, absolutely."

Smith was the inaugural winner of the Sam Lacey-Wendell Smith Award for the Shirley Povich Center for Sports Journalism at the University of Maryland.

Other honors include the Sports Journalist of the Year from the National Association of Black Journalists in 1997, the Mary Garber Pioneer Award from the Association of Women in Sports Media in 2000 and the Sam Lacy Award at the Negro Leagues Baseball Museum and Hall of Fame in 2010. 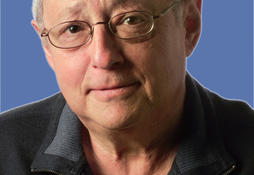