His prowess at third base earned Brooks Robinson 16 Gold Glove Awards, the 1970 World Series Most Valuable Player trophy and the nickname “The Human Vacuum Cleaner.”

But Robinson’s ability with the lumber sometimes gets lost in those laurels.

On June 20, 1970, Robinson reminded everyone of his batting skills by notching his 2,000th career hit.

“I had some talent,” Robinson said. “But it was my desire that made the difference.”

That desire transformed Robinson from a struggling batter with a promising glove into a lineup fixture who eventually played a big league record 2,870 games at third base. 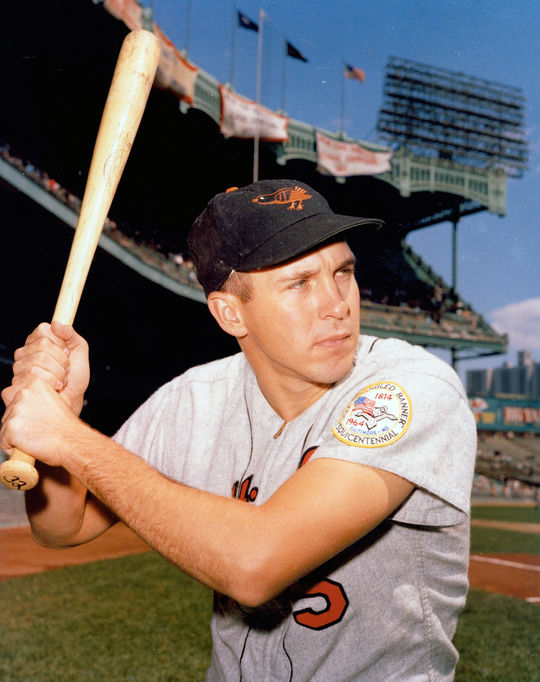 Brooks Robinson played for the Orioles for each of his 23 big league seasons. (National Baseball Hall of Fame and Museum)

Two years later, he hit .317 with 28 home runs and an American League-best 118 RBI, winning the league’s Most Valuable Player Award.

Meanwhile, Robinson’s defense became the standard by which all third baseman – to this day – are judged.

“He plays third like he was sent down from another league,” said umpire Ed Hurley. 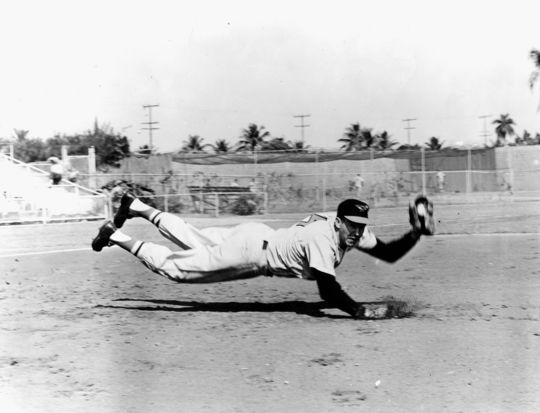 From 1960-70, Robinson averaged 169 hits a year during one of the most pitching-rich eras in baseball history.

His hit total over 23 big league seasons – all with the Orioles – still ranks in the top 50 all time. 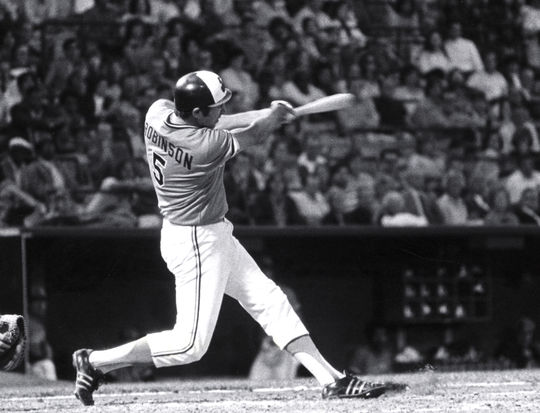 Brooks Robinson totaled 2,848 hits to go along with his 16 Gold Glove Awards at third base. (National Baseball Hall of Fame and Museum)

In the 1970 World Series against the Reds, Robinson hit .429 with two homers, five runs scored and six RBI in just five games. But it was his play at third base – stealing would-be doubles from Cincinnati batters by ranging far into foul territory – that still populates every Fall Classic highlight reel.

By the end of his career, Robinson had amassed 268 home runs and 1,357 RBI to go along with his .267 batting average. His all-round play landed him on 18 All-Star teams.

Robinson was elected to the Hall of Fame in his first year eligible in 1983. 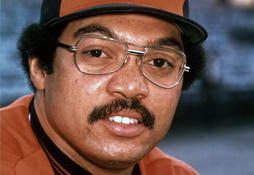