If the camera man had zoomed in on Cal Ripken Jr. as he left the field in the middle of the fifth inning on Sept. 6, 1995, no one would have been able to tell that he was breaking a record that many thought was unbreakable.

His head was down as he casually jogged toward the Baltimore Orioles dugout, without so much as a wave to the crowd. But what was happening on the field nearby was a very different story.

The moment Manny Alexander caught Damion Easley’s pop-fly to end the top of the inning, Camden Yards erupted into applause. The “0” in “2,130” hanging on the B&O Warehouse aptly dropped to show “2,131,” as the night air became flooded with black and orange balloons.

“It just kept going and going,” Ripken said in an interview with MLB Network. “Rafael Palmeiro and Bobby Bonilla said we’re not getting this thing going again until you take a lap. They physically grabbed me, threw me out there. And during the first part of that lap, I said ‘OK, I’ll just do it really quick.’ After one handshake, two handshakes, two looks in the face, all of a sudden it became a whole lot more intimate of a celebration.” 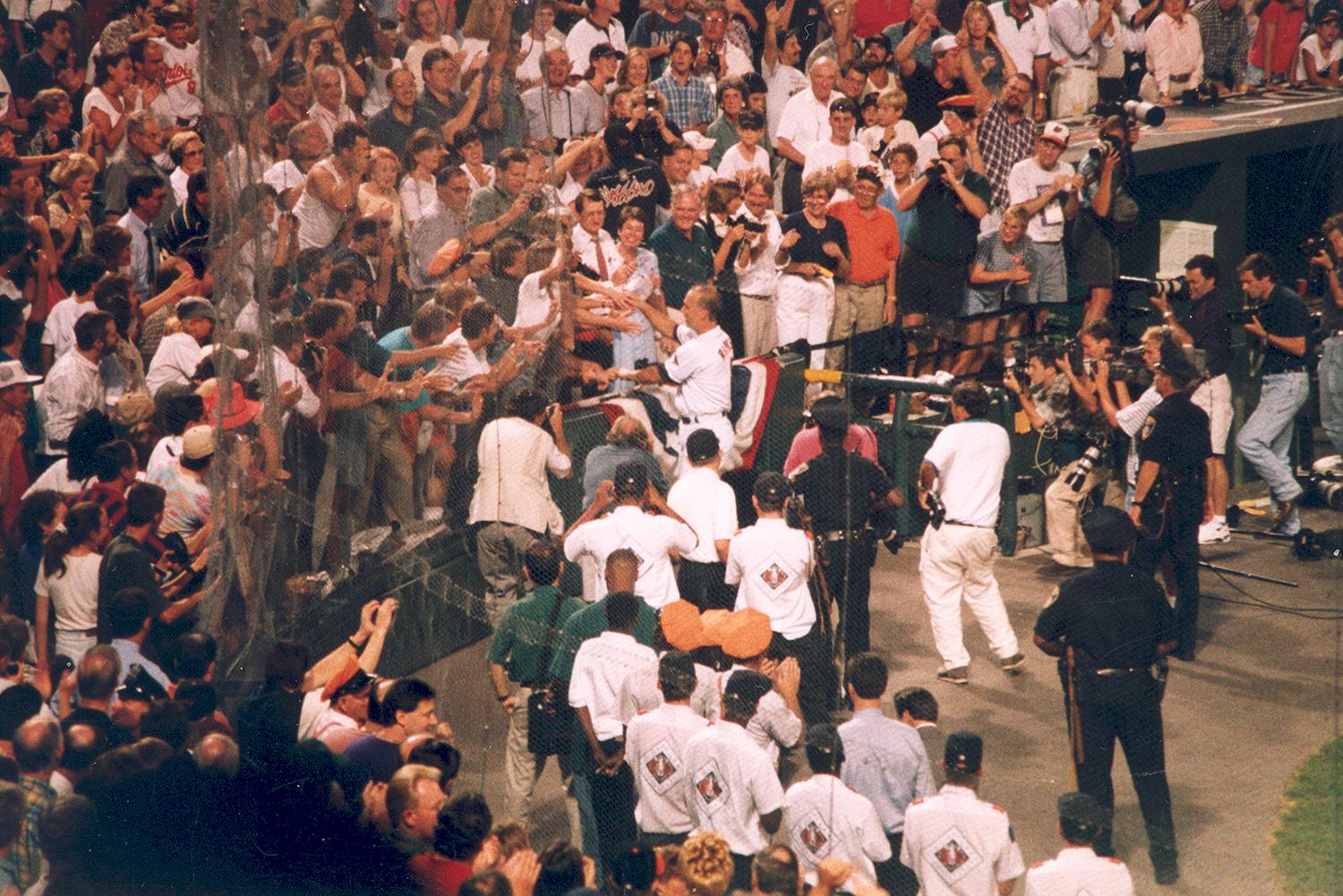 Cal Ripken takes a lap after the fifth inning of his 2,131st consecutive game played on Sept. 6, 1995. (National Baseball Hall of Fame and Museum)

On that night in 1995, the Iron Man eclipsed the 2,130-consecutive games record set by Lou Gehrig. In the wake of the 1994 player’s strike, Ripken’s self-effacing progress toward the mark provided a positive narrative in the baseball world – at a time when the tension between the fans, players and owners seemed as unbreakable as Gehrig’s streak once did. But for Ripken, he was just doing his job. 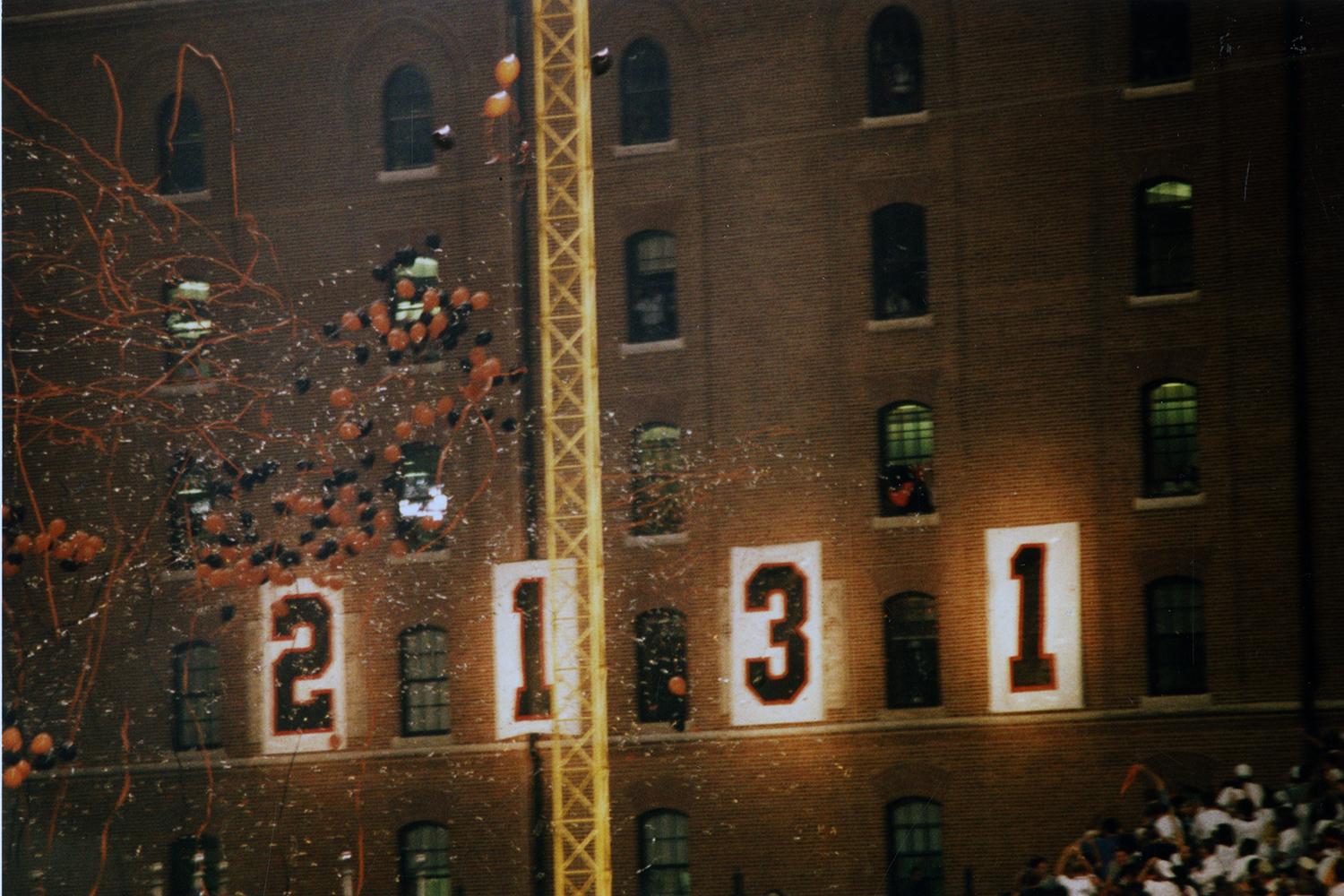 Ripken would continue playing until Sept. 20, 1998, when he removed himself from the lineup at 2,632 games. 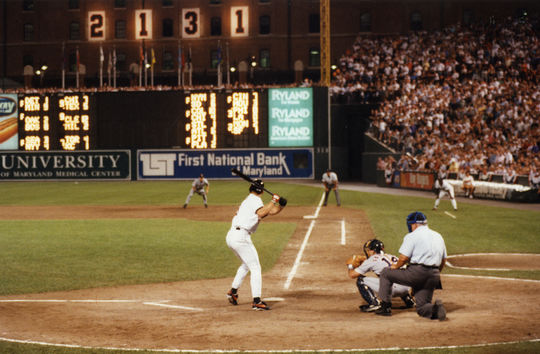 Cal Ripken at bat for the Baltimore Orioles during his 2,131st consecutive game played on Sept. 6, 1995. (Richard Lasner/National Baseball Hall of Fame and Museum)