The induction of 1982 celebrated two of the greatest players to play the game, an all-around shortstop and the executive that approved Jackie Robinson’s call-up to the major leagues. 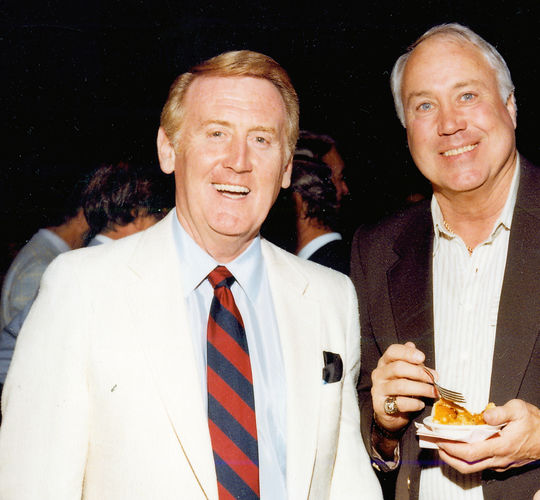 His best season came in 1966. After being traded to the Orioles in the offseason, Robinson looked to endear himself to the Baltimore faithful. He would go on to win the 1966 Triple Crown, American League MVP Award and lead Baltimore to a World Series Championship as the World Series MVP.

“There are other good organizations, but none like Baltimore,” Frank Robinson was quoted saying in his Hall of Fame induction speech by The Evening Sun. “Behind every good club is a good organization, and my only regret is that my relationship with the Orioles was too short.”

The 14-time All-Star was named a player manager for the 1975 Cleveland Indians, thus becoming the first African-American manager in big league history. He managed for 16 seasons for the Indians, Giants, Orioles and Nationals before retiring after the 2006 season at the age of 70. 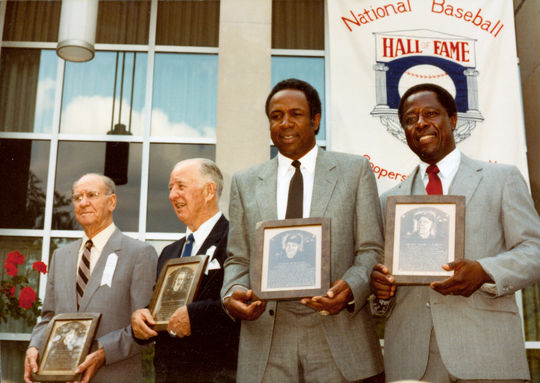 From left, Travis Jackson, Happy Chandler, Frank Robinson and Henry Aaron were inducted into the Hall of Fame on Aug. 1, 1982. (National Baseball Hall of Fame and Museum)

“I saw Hank when he came up in 1954, and there was no question he was going to be a great player,” former teammate Warren Spahn told the Atlanta Journal Constitution in 1982. “He was outstanding, and I thought he would be the next man to hit .400. He could hit; he could run; he had the kind of speed to beat out infield hits.”

Though he never hit .400, Aaron was a 25-time All-Star and totaled 13 seasons with 30-or-more homers and 90-or-more RBI. He led the league in batting average twice and home runs four times. The 1957 National League MVP would be awarded to him after he hit 44 home runs and drove in 132 RBI for the World Champion Milwaukee Braves. 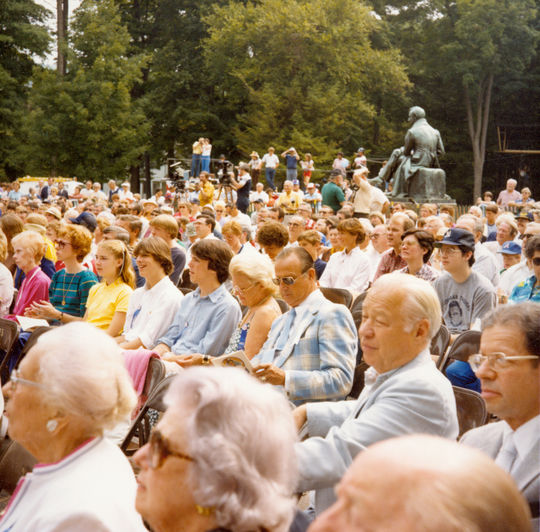 Cooper Park, adjacent to the Hall of Fame Library, played host to the 1982 Induction Ceremony on Aug. 1, 1982. (National Baseball Hall of Fame and Museum)

“Twenty-three years ago, I took the talent God gave me and developed it to the best of my ability, but I never dreamed I would be standing on the same steps where [Jackie] Robinson and [Roy] Campanella stood,” Aaron said in his Hall of Fame induction speech in 1982, as quoted by the Ithaca Journal.

His legacy at the plate continues to this day. In 1999, MLB created the Hank Aaron Award in honor of Aaron breaking the all-time home run record. The annual award is given to the best offensive player in each league.

Jackson, a slick-fielding shortstop for the New York Giants from 1922 to 1936, made his major league debut at the age of 18. The 5-foot-10 shortstop possessed a strong arm and great range that earned him the nickname “Stonewall”.

He also held his own at the plate, hitting .300-or-better in six seasons. The right-handed hitting Jackson finished a career .291 hitter with 291 doubles, 135 home runs and 929 RBI. A 1933 World Series champion, Jackson finished Top 10 in MVP voting four times.

“After I was through playing, I was elected to Arkansas Hall of Fame with Bill Dickey – that’s some pretty good company,” Jackson said in his speech as quoted by the Associated Press. “After that, though, there wasn’t too much I could see coming, but then I’m inducted into the National Baseball Hall of Fame.”

Jackson, who passed away on July 27, 1987, was elected by the Veteran’s Committee.

It seemed only fitting that Chandler, who is best known for giving Hall of Fame executive Branch Rickey the approval to transfer the contract of Jackie Robinson to the Brooklyn Dodgers, was inducted alongside Robinson and Aaron. His decision to give Rickey the green light came after several owners disapproved of the transaction.

It was also fitting that Vin Scully, who called Dodgers games that featured Robinson for much of Robinson’s career, won the Ford C. Frick Award for broadcasters in 1982.

“I did it, and I was the only one who could have done it,” Chandler said, arousing a big applause at his Hall of Fame induction speech as quoted by Knight-Ridder News Service. “I didn’t think it was quite fair to have these fellas fight in Okinawa and Iwo Jima… and then to be told when they came back home that they couldn’t play the great American game, baseball.”

A former senator, Chandler, serving as the second commissioner of baseball from 1945 to 1951, also pioneered the MLB pension program and the use of alternate umpires down the foul lines. His plaque reads, “He was known as a ‘player’s commissioner’ because of his broad concern for all phases of the game.” 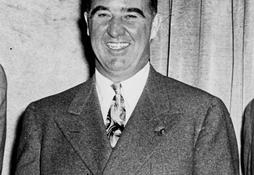 On April 24, 1945, Happy Chandler was named the Commissioner of Baseball. 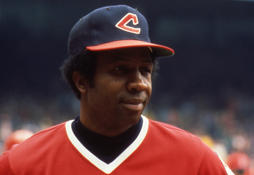