He was expecting the phone call of a lifetime. And on the morning of Sept. 29, the good news finally came: Lasorda would be the next manager of the Los Angeles Dodgers.

“I knew they were going to make the decision. I closed my eyes during the night, but I didn’t sleep,” Lasorda told the Sun-Telegram at a press conference held later that same day. “I was up at 6:30 and waiting by the phone. I don’t remember exactly what was said, but [Dodgers president] Peter O’Malley said something like, ‘Tommy, the job is yours.’ I was so excited, I was shaking.”

Lasorda’s predecessor, Walter Alston, had retired just two days earlier, putting an end to a Hall of Fame career in which he led the Dodgers to seven National League pennants and four World Series titles.

O’Malley wouldn’t reveal whether the club had considered any other candidates for the role, but it had been clear for some time that Lasorda, then the Dodgers’ third base coach, was Alston’s likely successor.

“I’ll only say that Tommy has been the leading candidate for some time,” O’Malley told the Los Angeles Times. “I met yesterday with Walter Alston and (general manager) Al Campanis and both recommended Lasorda. I also talked to Tommy, went home, thought about it some more and called him this morning.”

For Lasorda, it was the culmination of 28 years in the Dodgers organization, during which he held nearly every role imaginable. The Norristown, Pa., native had spent 11 years in the organization as a pitcher, five as a scout, seven as a minor league manager and four as a major league coach. In his time as a minor league skipper, Lasorda had helped develop several of the Dodgers’ young talents, including Steve Garvey, Ron Cey, Bill Buckner and Davey Lopes. 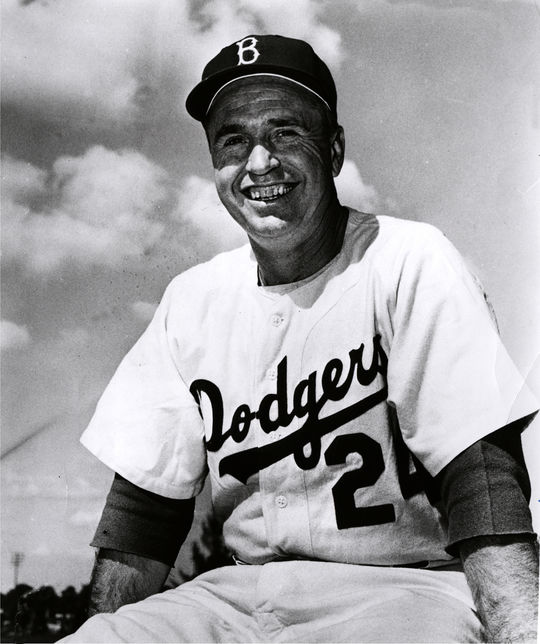 Tommy Lasorda replaced another future Hall of Famer, Walter Alston (pictured above), when he took over as the Dodgers' skipper. (National Baseball Hall of Fame and Museum)

It was widely reported that Lasorda had received offers to manage other big league teams in the past, but he always opted to stay with the Dodgers instead.

“This is the greatest day of my life,” Lasorda said. “To be selected as manager of an organization I love so deeply, to wake up and learn I had inherited a post being vacated by the greatest manager in baseball, is like being presented the Hope Diamond.

“It only proves to me that loyalty is a two-way street. That after all the love I’ve shown to the Dodgers over the years, the Dodgers love me a little too.” 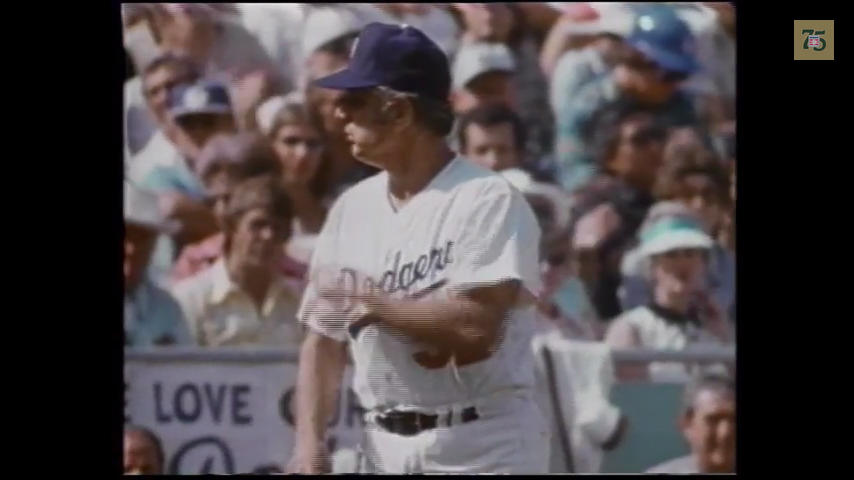 At Alston’s request, Lasorda would manage the final four games of the 1976 season. He chose to retain current coaches Jim Gilliam, Red Adams and Monty Basgall, appointing Gilliam to take over his place as third base coach.

“I think it will be good for Tommy to take over the ball club. It will give him a head start on next year,” Alston said. “But I sure as hell want him to win – these games go on my record.”

During the press conference, Lasorda shared some of the philosophies he planned to abide by as manager.

Alston’s run of excellence would seem a tough act to follow, but Lasorda claimed he didn’t feel much pressure – and he would more than deliver on his promises for the organization, leading the club to four pennants and two World Series over his 21-year Hall of Fame career. Tommy Lasorda was named manager of the Dodgers after spending 28 years in the organization as a pitcher, scout, minor league manager and major league coach. (Brad Mangin/National Baseball Hall of Fame and Museum) 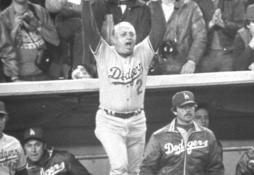 Tommy Lasorda, Nellie Fox and Willie Wells joined Phil Niekro via the Veterans Committee as the Class of 1997. 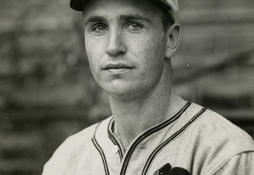