On March 26, 1936 – with Greenberg entering the prime of his career – the Tigers and their star slugger came to an agreement on a contract that would make Greenberg one of the highest paid players in the game.

Greenberg, who made a reported $10,000 in 1935, doubled his salary for 1936 following a lengthy holdout. After leading the league in home runs (36), RBI (168) and total bases (389) in 1935 while powering the Tigers to the World Series title, Greenberg stayed away from Spring Training for 19 days, asking for a new contract.

Almost three hours later, Greenberg and company emerged with an agreement – and Tigers fans breathed a sigh of relief.

“It was either sign or stay out for a year. What else could I do?” Greenberg told the International News Service. “The club has been generous with me, however, and I am satisfied, very glad to get it settled at last.”

Greenberg, however, was unable to duplicate his historic 1935 season. Just 12 games into the 1936 campaign, he fractured his left wrist in a collision with Washington’s Jake Powell at first base at Griffith Stadium. Greenberg did not play again that year. 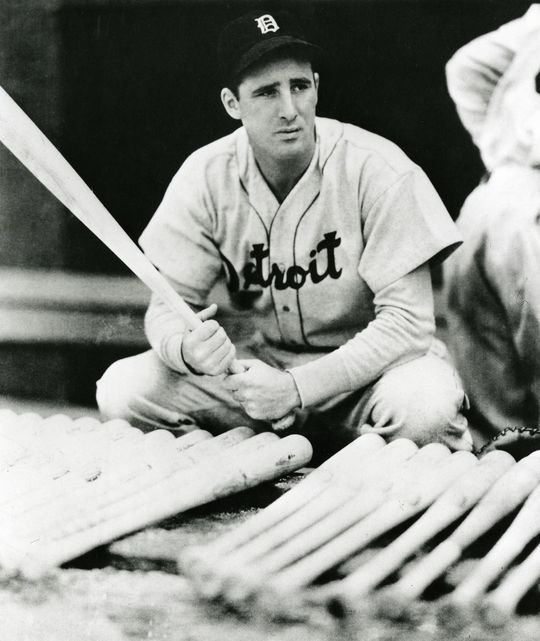 “I don’t know when I can get back,” Greenberg told the Detroit Free Press after the April 29 game in Washington, D.C.

In 1938, Greenberg made a run at Babe Ruth’s single-season home run record, reaching No. 58 with five games left in the season before being shut out the rest of the way.

Then in 1940, Greenberg moved from first base to left field to allow the Tigers to insert Rudy York into the lineup at his natural position of first base. The result was Greenberg’s second MVP season – a year when he totaled 41 home runs, 150 RBI and 384 total bases while leading the Tigers to another AL pennant.

Greenberg missed almost all of the next four seasons while serving in the military, first in the Army during 1941. He was discharged as a sergeant on Dec. 5, 1941 but re-enlisted in the Army Air Corps a few days later after the Japanese attack on Pearl Harbor.

“I am going back of my own accord,” Greenberg said. “I don’t know if I’ll ever return to baseball.”

But following his discharge midway through the 1945 season, Greenberg rejoined the Tigers and hit .311 with 13 home runs and 60 RBI in 78 games, helping Detroit win the AL pennant and the World Series. 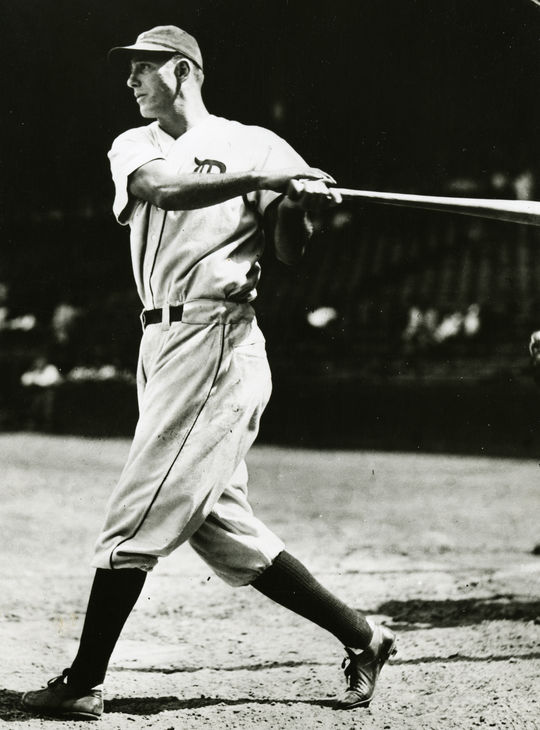 On March 26, 1936 Hank Greenberg signed a contract with the Detroit Tigers that made him one of the highest paid players in baseball. (National Baseball Hall of Fame and Museum)

He led the AL with 44 home runs and 127 RBI in 1946, then earned a reported $85,000 with the Pirates in 1947 in his last season in the big leagues. The Pirates shortened the left field fence at Forbes Field that year, taking advantage of Greenberg’s power in what became known as Greenberg Gardens.

The next year, Greenberg retired – and the area was renamed Kiner’s Korner for the Pirates’ young star Ralph Kiner.

Greenberg finished his 13-year big league career with a .313 batting average, 331 home runs and 1,274 RBI. But in three of his 13 seasons, Greenberg played 19 or fewer games – leaving him what amounted to a nine-year career. 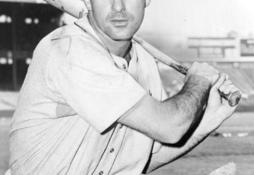 Hank Greenberg served as a role model for millions of Jewish athletes.