From the moment Mike Piazza was traded from the Dodgers to the Marlins, the baseball world expected another deal would soon follow.

On May 22, 1998, speculation became reality when the Marlins sent Piazza to the Mets for three prospects.

“A Hot Piazza” roared the headline in the New York Daily News the following day, as Mets fans celebrated the arrival of one of the best hitting catchers to ever play the game.

Rumors had swirled about the Mets possibly acquiring Piazza since the May 14 deal that sent him from Los Angeles to Miami, but at times a deal seemed less than likely.

“This town is ready and waiting for Mike Piazza,” Mets co-owner Fred Wilpon told the Daily News. “This is a guy who could become the kind of player people talked about who played in New York 30, 40, 50 years ago. We’re talking Mantle, Mays, DiMaggio.”

Piazza burst onto the national scene in 1993 when he won the National League Rookie of the Year Award with the Dodgers, hitting 35 home runs to go with a .318 batting average and 112 RBI. 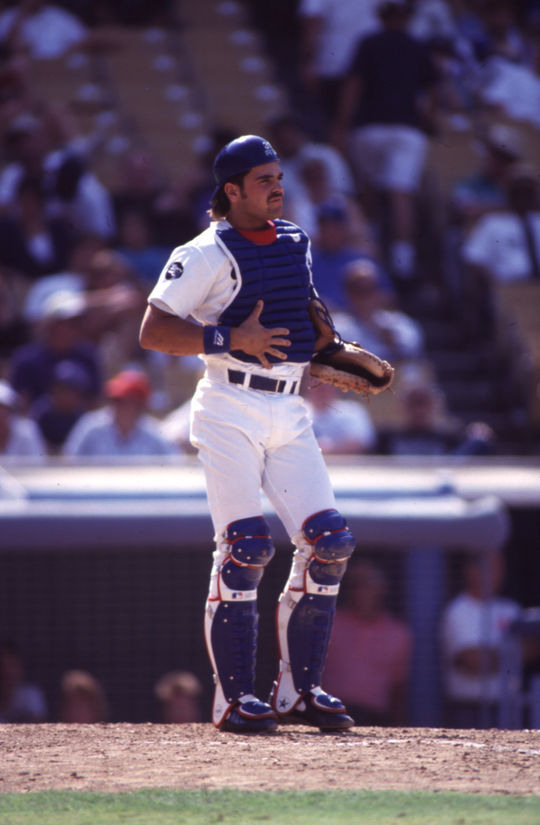 Mike Piazza won the National League Rookie of the Year Award with the Dodgers in 1993, before being traded to the Marlins and, soon after, the Mets. (John Cordes/National Baseball Hall of Fame and Museum)

But Piazza and the Dodgers could not agree on a contract extension, and he was subsequently dealt to the Marlins with Todd Zeile in a deal that brought Bobby Bonilla, Jim Eisenreich, Charles Johnson, Gary Sheffield and Manuel Barrios to LA as Florida continued to reshape its roster following its 1997 World Series victory.

The Marlins received prospects Preston Wilson, Ed Yarnall and Geoff Goetz in return to Piazza, who signed a seven-year, $91 million deal with the Mets shortly after the 1998 season ended.

“This whole experience has been very bizarre,” Piazza told the Daily News at the time of the trade. “I have gone from a player who thought he would spend his whole career with one team to a player that has been with three teams in a week.”

Piazza played in five games with the Marlins before the trade and finished the season with a .328 average, 32 home runs and 111 RBI – typical numbers for him during his peak years. 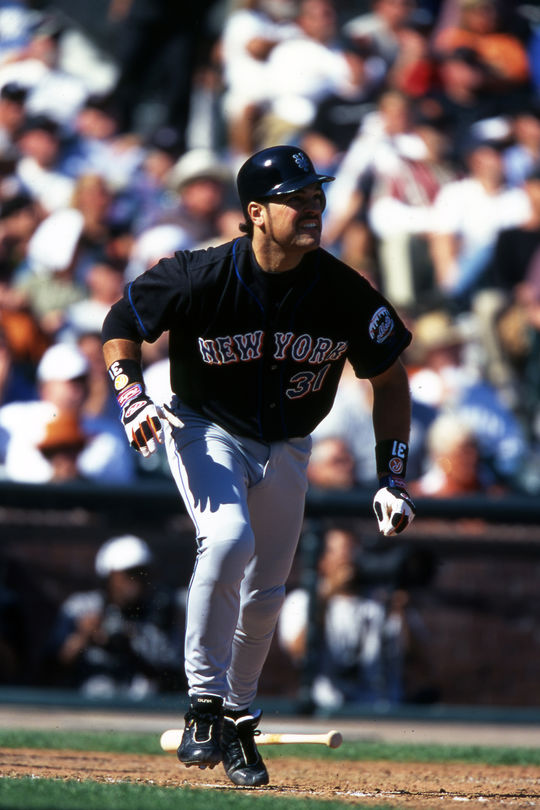 Mike Piazza was traded from the Dodgers to the Marlins, but his time in Miami was short. The Mets acquired him for three prospects on May 22, 1998. (Brad Mangin/National Baseball Hall of Fame and Museum)

He needed almost no time to feel like New York was his home.

Piazza matched his career highs with 40 home runs and 124 RBI in 1999, then led the Mets to the National League pennant the following season with 38 home runs, 113 RBI and a .324 batting average.

Injuries began to take their toll on Piazza during his final few years with the Mets, but over the course of eight seasons in New York he hit .296 with 220 home runs and 655 RBI, earning seven of his 12 career All-Star Game selections.

After single-season stops in San Diego in 2006 and Oakland in 2007, Piazza announced his retirement in 2008.

Piazza was elected to the Hall of Fame in 2016. 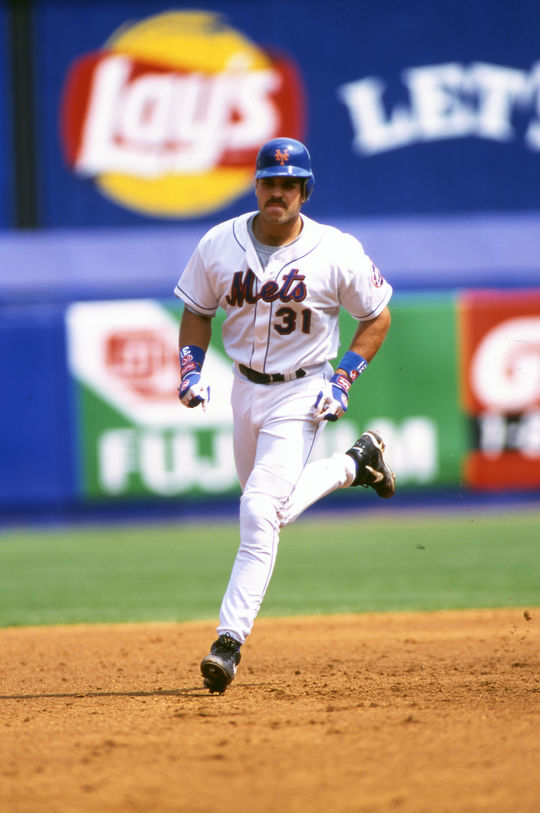 Mike Piazza spent eight of his 16 big league seasons with the Mets, where he led the team to the National League pennant in 2000. (Michael Ponzini/National Baseball Hall of Fame and Museum) 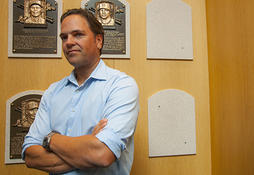 It all sinks in: Hall of Fame electee Mike Piazza visits Museum

Class of 2016 electee Mike Piazza and his wife Alicia visited the Hall of Fame months before his induction. 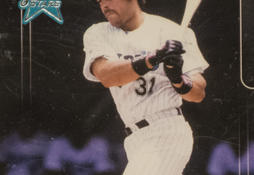 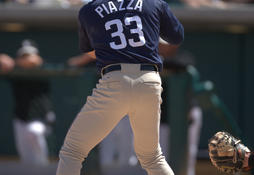 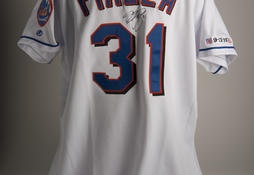 Piazza jersey from first game after 9/11 continues to inspire

Less than two weeks after the horrific events of Sept. 11, 2001, baseball helped bring the world together.