During a time in baseball when the New York Yankees reigned supreme, the American League Most Valuable Player Award was often won by a man in pinstripes.

The year 1950 was no different, when the man affectionately known as “Scooter” took home the hardware in a landslide victory on Oct. 26, 1950.

Phil Rizzuto, the dashing shortshop who was widely hailed as the “indispensable man”, polled 284 points of a possible 322 and was the top choice of 16 of the 23 voting members of the Baseball Writers’ Association of America. 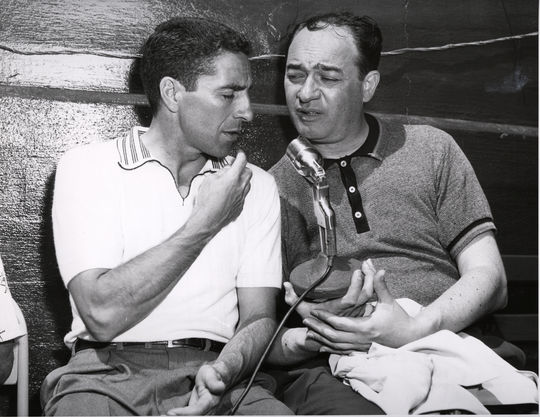 The selection of Rizzuto marked the seventh time in the 21-year history of the official voting for this award that a Yankee finished on top. Lou Gehrig was the first Yankee to win the BBWAA’s MVP Award in 1936, followed by Joe DiMaggio in 1939, 1941 and 1947, Joe Gordon in 1942 and Spud Chandler in 1943.

The 33-year-old Rizzuto, a product of the Queens sandlots, had the greatest season of his brilliant, war-interrupted, major league career.

Up to this point, Rizzuto was known as an excellent player, primarily for his defense and subtle contributions to the game. He broke the AL record of most consecutive errorless chances at shortstop (289), most consecutive AL games without an error (58) and led the AL in double plays for nine straight years (1942-1950). 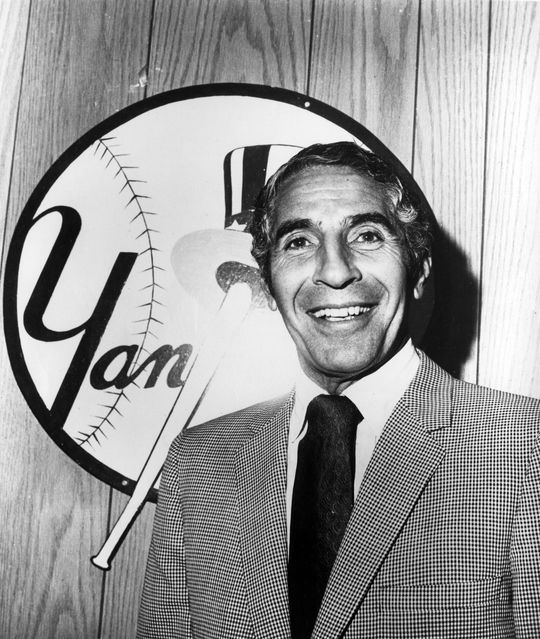 Phil Rizzuto spent 53 years with the Yankees, including 40 as a broadcaster. (National Baseball Hall of Fame and Museum)

Scooter was widely acknowledged for reinventing the bunt. Even Ty Cobb admitted that Rizzuto “was probably the greatest bunter of all-time.”

Clearly, it all came together for Phil in 1950, when Rizzuto proved once and for all that he was much more than a decent hitter who could bunt for a base hit. The Yankee shortstop batted .324, scored 125 runs, drew 92 walks and only struck out 39 times while playing a total of 155 games during his MVP campaign – a year in which the Yankees won their second straight World Series title.

“He had a heck of a year,” echoed Yankees left fielder Gene Woodling. “That was a year where his bat really came on. I mean, people didn’t realize what a good hitter he was. His defense was always good. You don’t win the MVP unless you’ve had a good year.” 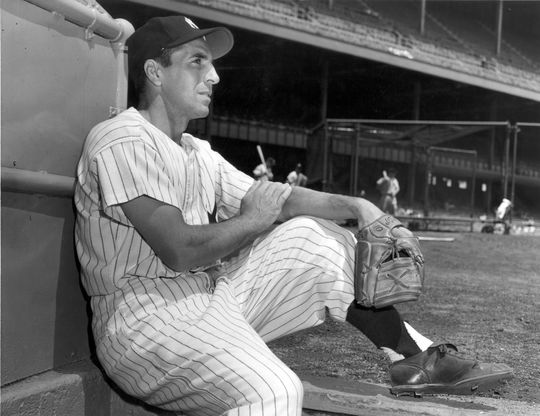 Phil Rizzuto played 13 seasons with the Yankees, winning the American League Most Valuable Player Award in 1950. He was elected to the Hall of Fame in 1994. (National Baseball Hall of Fame and Museum)

A lovable family man and father of three, Scooter was thrilled to learn about the honor. When asked how it felt, Rizzuto broke into a laugh; “How does it feel? Well, have you ever walked on a cloud? A bright, sunny cloud?”

Rizzuto continued his exuberance, proclaiming: “Sure I had hoped to get the award. I thought I might have a chance. But the way it turned out – well, I have been walking on a cloud!” 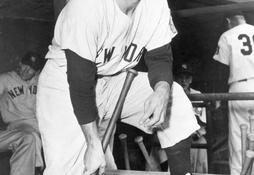