Part of the INSIDE PITCH series
Written by: Cady Lowery

July 5, 1953, was just another day. The sun rose, the sky was blue and Robin Roberts started and finished a game for the Phillies. The man who made completing games normal was at the end of something not so common.

On that day, Roberts pitched 10 shutout innings to beat the Pirates 2-0, finishing his 28th straight complete game for Philadelphia. He would be pulled during his next start after pitching 7.1 innings, capping the streak at 28, still the longest complete game streak since 1920.

“I don’t think anyone was ever able to concentrate in a baseball game any better than I was,” Roberts said. “I stood out there in total isolation, just throwing that ball as well as I could. Nothing bothered me.”

Locked in while pitching, Roberts went to bat in the top of the 10th inning, still scoreless with the Pirates. A two-out double by the pitcher started the late inning rally, giving way for Connie Ryan to score Roberts on a single. Then future Hall of Famer Richie Ashburn put the Phillies up 2-0, scoring Ryan on a single to center. 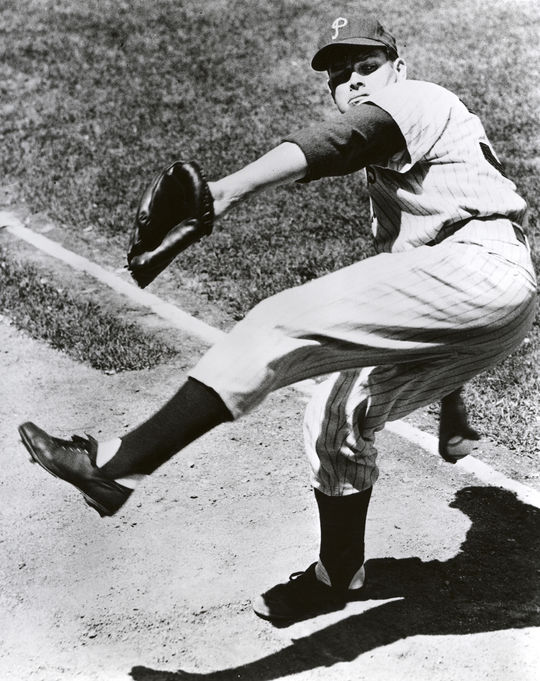 Robin Roberts played for the Philadelphia Phillies from 1948-1961. (National Baseball Hall of Fame and Museum)

Roberts went back out to the mound in the bottom of the 10th, completing the game by striking out Pittsburgh’s Frank Thomas.

With the streak beginning on Aug. 28, 1952, the game on July 5, 1953 was just the second time Roberts pitched into extra innings during the streak. His other extra inning game saw him last all 17 innings against Brooklyn on Sept. 17, 1952.

“Workhorse is a weak description,” Philadelphia Daily News writer Stan Hochman wrote about Roberts in 2003. “He was a mule, stubborn, cantankerous and willing to toil from sunup to sundown.”

“For two generations of fans, he symbolized the best in athletic competition.” James A. Michener wrote in The New York Times. “Day after day, he went out there and threw that high, hard one down the middle, a marvelously coordinated man doing his job. If he has pitched for the Yankees, he might have won 350 games.”

Roberts finished his career with 3,931 innings pitched and 286 wins in 19 seasons.

The seven time all-star started five of his seven all-star appearances and was elected to the Hall of Fame in 1976. He passed away on May 6, 2010. 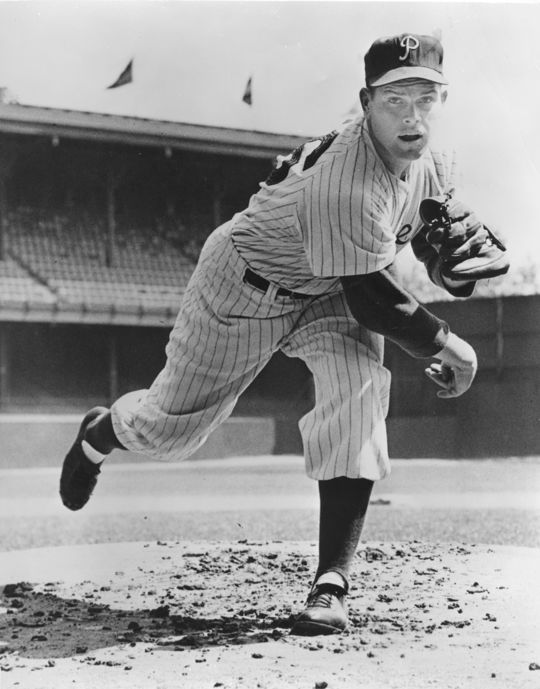 Robin Roberts led all of baseball in complete games from 1952-1956. (National Baseball Hall of Fame and Museum)