Ted Williams’ exploits on the baseball diamond are legendary. But his work as a member of the Marine Corps made him an American icon.

On Feb. 19, 1953, Williams crash-landed his Navy F9F Panther jet following a mission in Korea. The plane was damaged by anti-aircraft fire, but Williams survived thanks to piloting skill honed almost a decade earlier during World War II.

Williams joined the Naval Reserve on May 22, 1942, in the middle of a season that would see him win the American League Triple Crown. He trained as an aviator and went on active duty in November of 1942. After completing his training – and setting records for gunnery scores thanks in part to his remarkable 20/10 eyesight – Williams received his wings and Marine Corps commission on May 2, 1944.

He spent most of the next two years as a pilot trainer in Pensacola, Fla., and Jacksonville, Fla., before being discharged from active duty on Jan. 28, 1946. 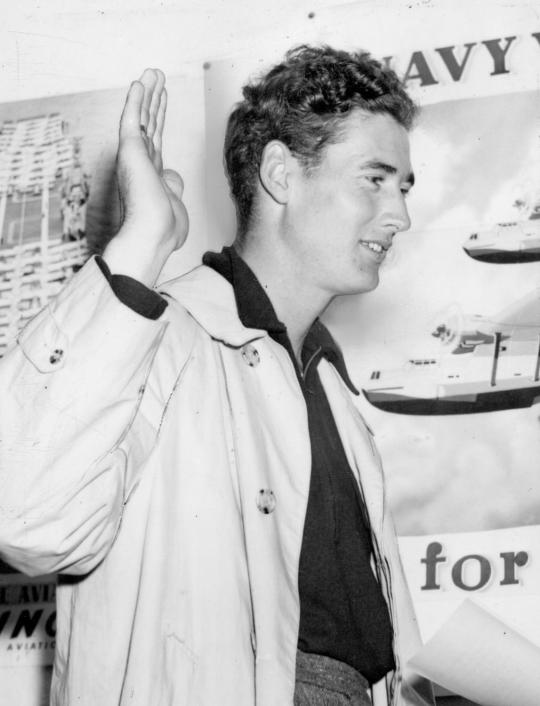 Ted Williams was sworn into the Marine Corps in 1942 and spent three years learning to fly and serving as a pilot instructor during World War II. (National Baseball Hall of Fame and Museum)

Williams led the Red Sox to the American League pennant in 1946 and won his second Triple Crown in 1947. By the end of the 1951 season, Williams had been named to nine All-Star Games and had won two AL Most Valuable Player Awards.

But on Jan. 9, 1952, Williams was called from a list of inactive reserves to serve in the Korean War. He had not flown a plane for seven years, but passed his physical and was recalled on active duty on May 2, 1952 as a Marine Corps captain. 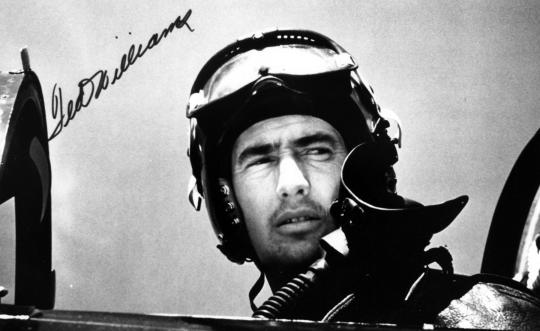 Ted Williams served two stints as a Marine Corps pilot during his career, including a combat assignment during the Korean War. (National Baseball Hall of Fame and Museum)

He took a training course in flying the F9F Panther jet, then was sent to Korea – where he was assigned to the same squadron as future astronaut John Glenn.

“Ted flew as my wingman on about half the missions he flew in Korea,” Glenn told MLB.com. “(During his crash) he was on fire and had to belly land the plane back in. He slid it in on the belly. It came up the runway about 1,500 feet before he was able to jump out and run off the wingtip.

“Much as I appreciate baseball, Ted to me will always be a Marine fighter pilot.”

Williams was discharged from the Marines on July 28, 1953. 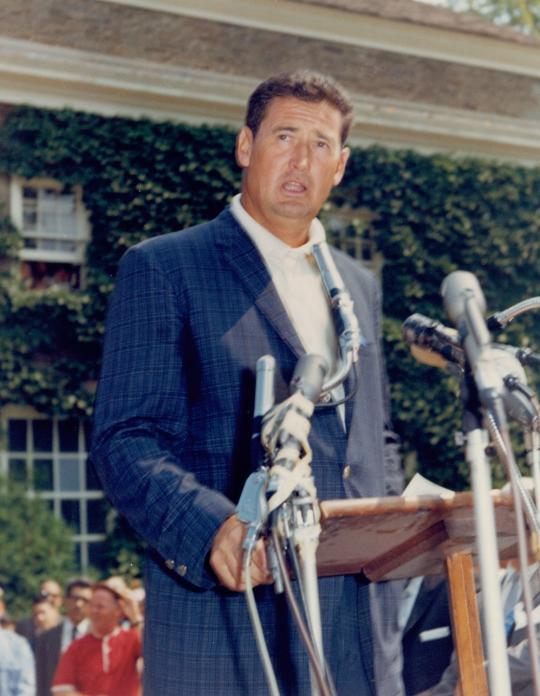 Ted Williams was inducted into the Hall of Fame on July 25, 1966 in Cooperstown. (National Baseball Hall of Fame and Museum)

He played seven more full seasons, winning batting titles in 1957 and 1958 and finishing in the Top 10 of the AL MVP voting in five of the seven seasons.

“I liked flying,” Williams said. “It was the second-best thing that ever happened to me. If I hadn’t had baseball to come back to, I might have gone on as a Marine pilot.” 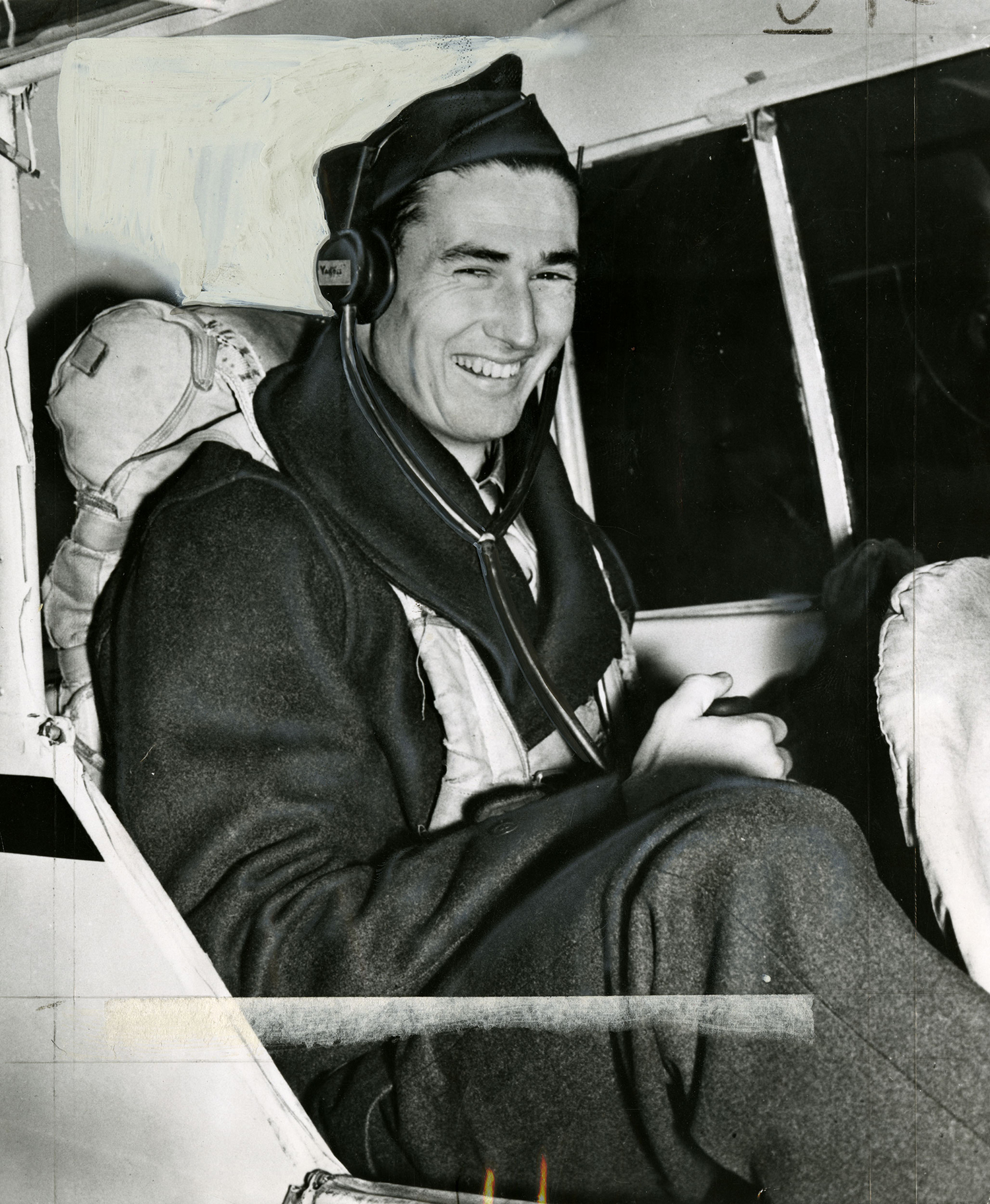 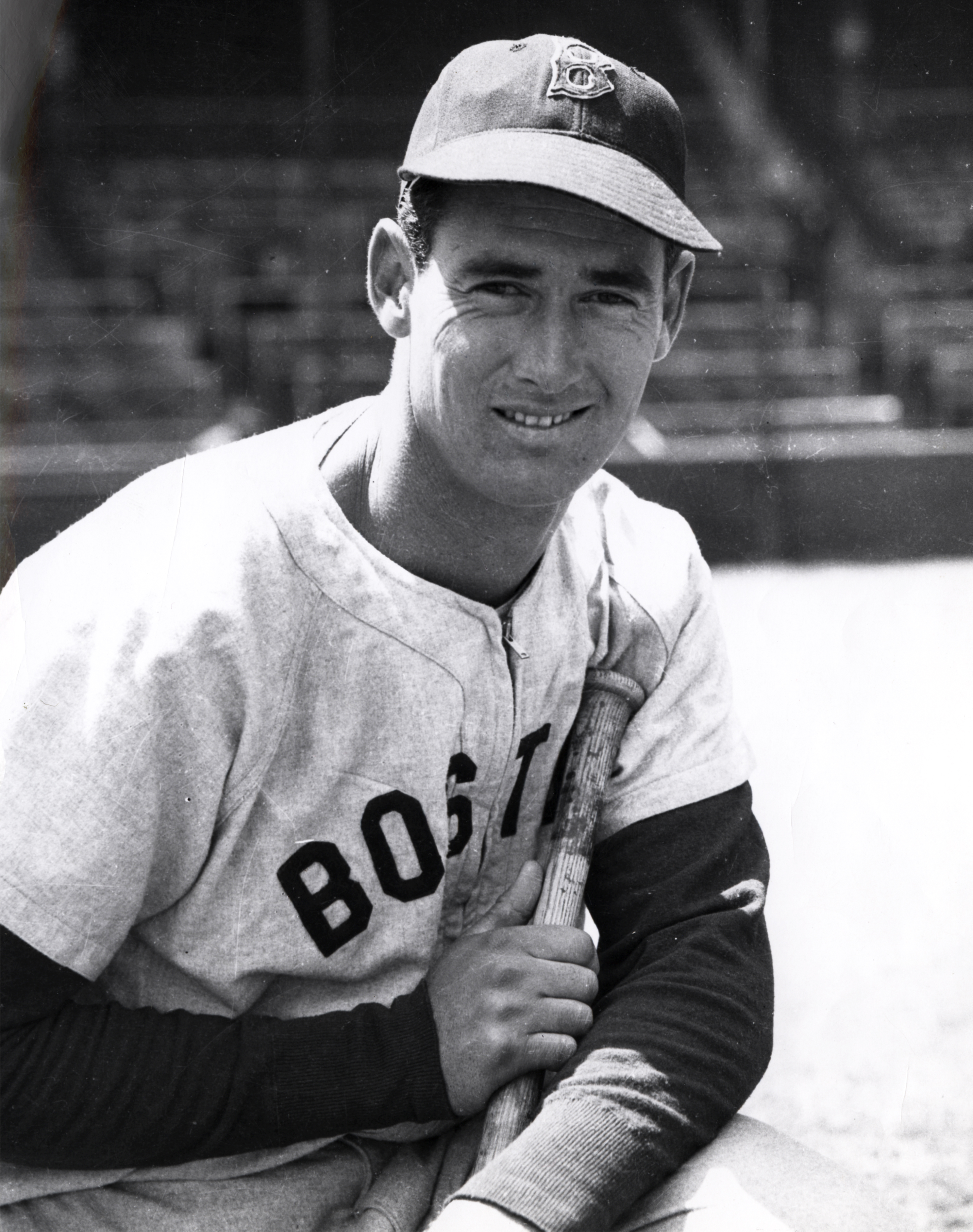 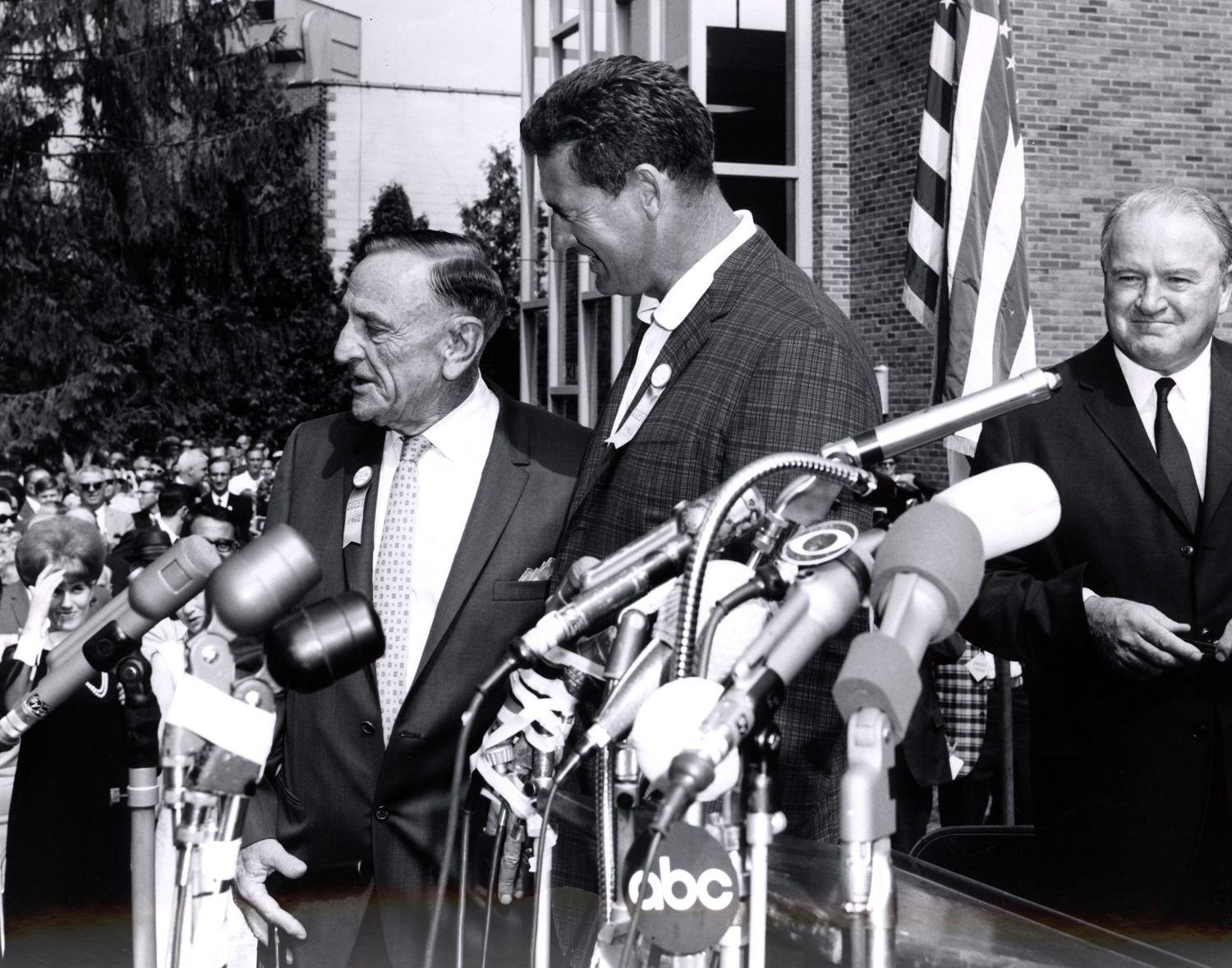 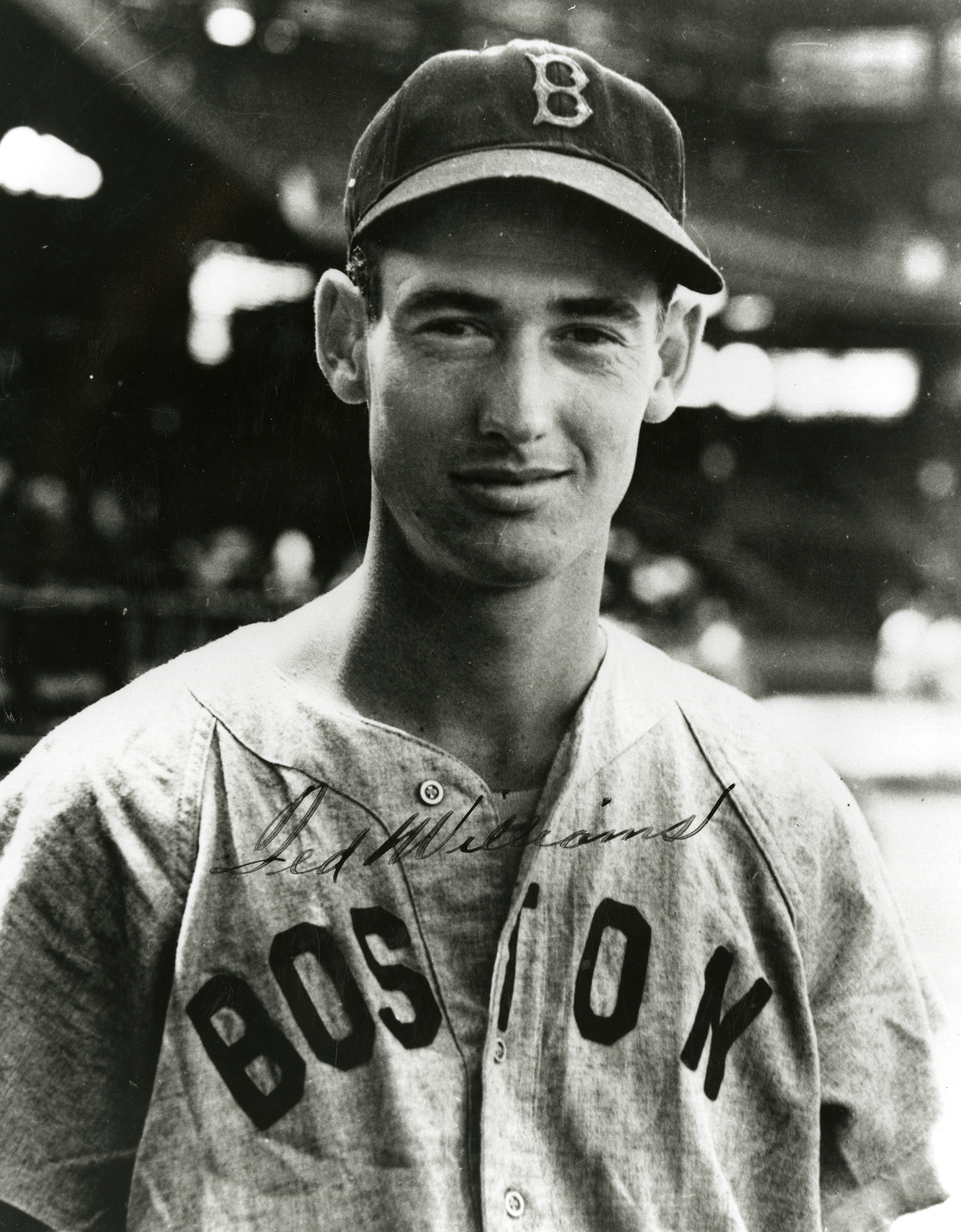 Ted Williams was named the 1946 AL MVP after leading the Red Sox to the pennant.