For Philadelphia Phillies fans, it was the start of a new era. And even though Jim Thome wouldn’t be around to see the eventual World Series championship, his acquisition began one of the most successful stretches in franchise history.

On Dec. 2, 2002, the Phillies signed Thome to a free agent deal worth a reported $87.5 million over six years. The move was hailed in Philadelphia, where the Phillies had endured eight losing seasons in the nine years since their 1993 National League pennant.

“(Now) we’ve got a chance to win,” Phillies catcher Mike Lieberthal told the Philadelphia Inquirer. “And this game is all about winning.”

Thome began his big league career in Cleveland, and in 12 seasons with the Indians from 1991-2002, Thome had hit 334 home runs – the top total in franchise history. In 2002 alone, Thome hit 52 home runs to set a new franchise single-season record.

At 32, Thome was a prime hitter in the prime of his career.

But for Indians fans, the move meant the end of an era that saw Cleveland win six American League Central Division titles and two AL pennants during Thome’s tenure.

“It’s not for me to leave town and bash people,” said Thome, who was initially criticized by Indians fans for his decision to sign with the Phillies. “I’ve got too many wonderful memories of Cleveland. (But) I went to Philadelphia and embraced it.

“I loved my time there.” 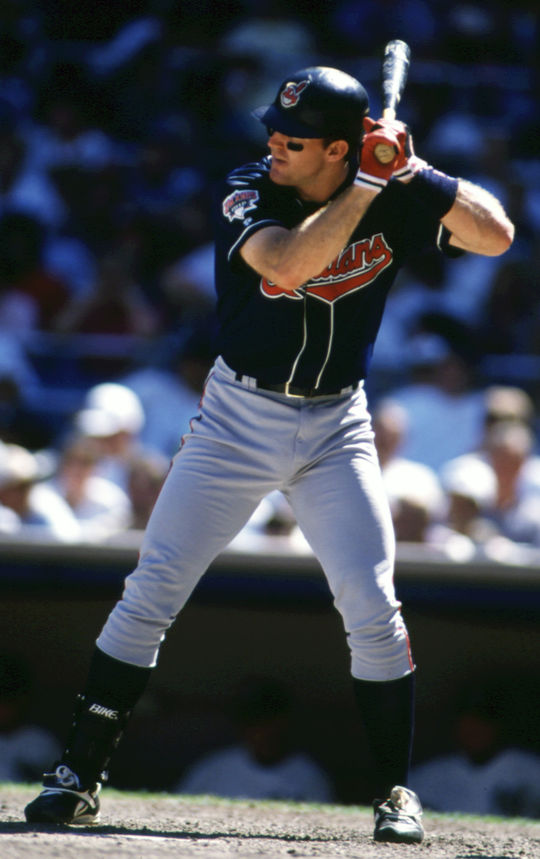 Thome spent three seasons with the Phillies, leading the big leagues in home runs in 2003 with 47 and adding another 42 a year later. But an injury shortened his 2005 season to just 52 games, and by the end of that year Ryan Howard had won the NL Rookie of the Year Award and was firmly entrenched at first base for Philadelphia.

On Nov. 25, 2005, the Phillies sent Thome to the White Sox for a package that included Gio Gonzalez and Aaron Rowand.

Jim Thome signed a free agent contract with the Philadelphia Phillies on Dec. 2, 2002. Over the next two seasons, Thome would total 89 home runs. (Brad Mangin/National Baseball Hall of Fame and Museum)

But Thome’s three seasons in Philadelphia each ended with winning records for the Phillies, and by 2007 the team was back in the postseason for the first time since 1993.

In 2008, the Phillies captured the second World Series title in franchise history.

Meanwhile, Thome produced three seasons with at least 34 home runs and 90 RBI for the White Sox before entering the final years of his career. He returned to Cleveland at the end of the 2011 season as the Indians pushed for a division title – and he was greeted by Indians fans with the affection reserved for returning heroes.

“He epitomizes everything that is right about the game,” said Indians president Chris Antonetti, “not only as a player and his performance, but how you treat people, how you live your life.” 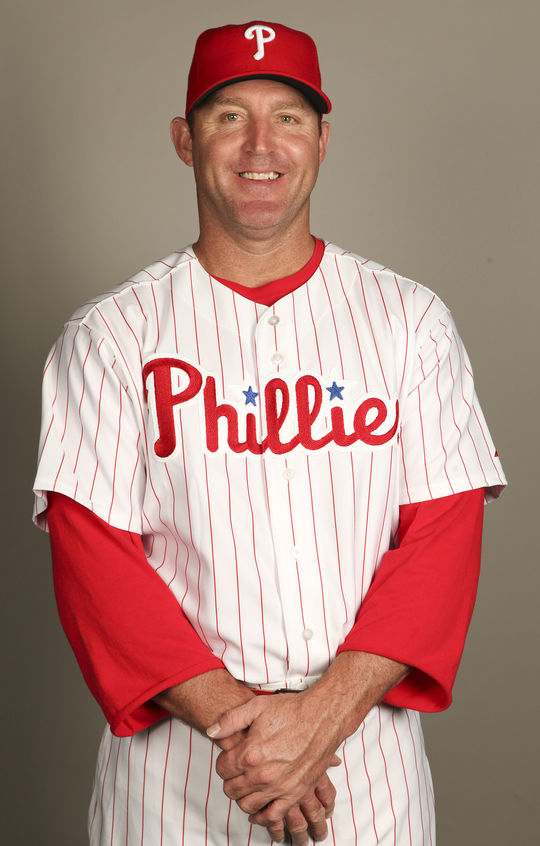 Jim Thome's signing on Dec. 2, 2002, helped propel the Phillies to one of the most successful eras in team history. (National Baseball Hall of Fame and Museum) 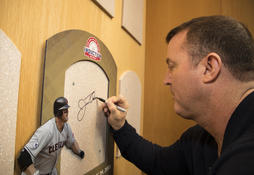 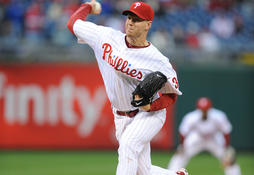