On July 24, 1979, Carl Yastrzemski – the man who succeeded Williams in left field for the Red Sox – thrilled the Fenway Park faithful on that Wednesday evening by becoming the second.

Few baseball players embodied the Boston Red Sox spirit the way that Carl Yastrzemski did. A career-long Red Sox player, “Yaz” – as he quickly became known – played all 23 of his professional seasons with Boston and ended his career as one of the all-time greats to ever don the Red Sox jersey.

Born Carl Michael Yastrzemski on Aug. 22, 1939, the ballplayer from Southampton, N.Y., had much to prove when he first took the field at Fenway Park for the Boston Red Sox in 1961.

Yastrzemski was taking over for a future Hall of Famer in left field, the Splendid Splinter. 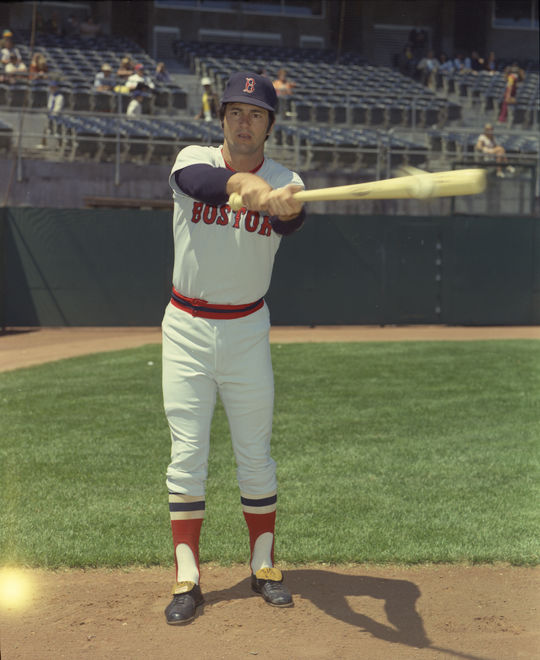 In his 23 seasons with the Red Sox, Carl Yastrzemski became the first player in American League history to record at least 3,000 hits and 400 home runs. (Doug McWilliams/National Baseball Hall of Fame and Museum)

He quickly became a star and one of the most adored Sox players to ever roam the outfield grass out by the Green Monster in left field.

In 1967, Yastrzemski won the AL’s Triple Crown by batting .326, while clubbing 44 home runs and driving in 121 runs, en route to the AL MVP. He led the Red Sox’s Impossible Dream team to the 1967 AL Pennant the same year, eventually losing in seven games to the St. Louis Cardinals in the World Series. Boston went from ninth place in 1966 to the pennant in 1967.

Yastrzemski entered the 1979 season with 383 home runs, and on a steamy summer night in front of the hometown Red Sox fans on July 24, Yaz circled the bases of Fenway Park with his 400th career home run off of Oakland’s Mike Morgan. Breaking a 3-3 tie in the bottom of the seventh inning, the two-run blast that landed in the Oakland bullpen ultimately sealed the victory for the hometown Sox, a game they would go on to win 7-3. 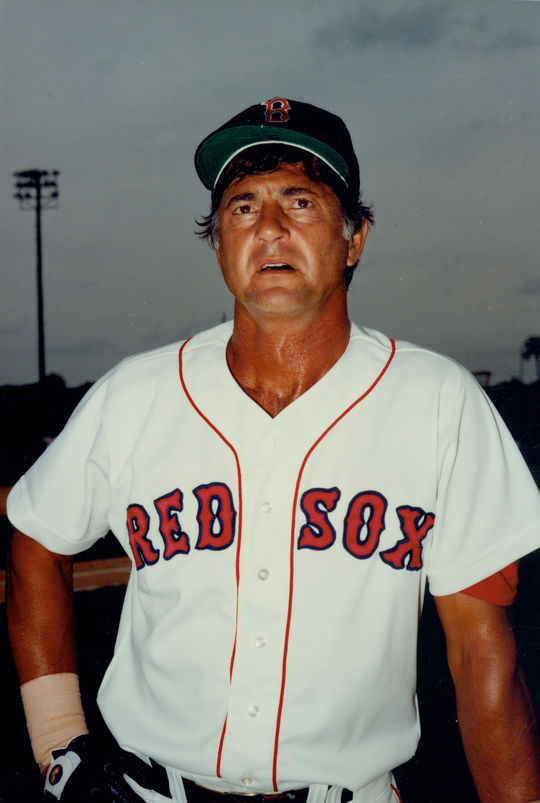 The 1979 season was a banner year for Yaz. Not only did he smash his 400th home run in July, but he also collected the 3,000th hit of his career later in the year, in September.

Ending his career with 452 home runs, Yaz totaled 3,419 hits in his 23 years and became the only Red Sox player to reach the plateau of 3,000 hits. He was the first player in American League history to record 3,000 hits in addition to 400 home runs in a career.

Carl Yastrzemski poses with Commissioner Bart Giamatti on July 23, 1989, when he was inducted into the Hall of Fame. (National Baseball Hall of Fame and Museum)

An 18-time All-Star at three different positions and recipient of seven Gold Glove Awards, Yastrzemski was a first-ballot Hall of Famer as his name appeared on 94.6 percent of the Baseball Writers' Association of America’s ballots in 1989. 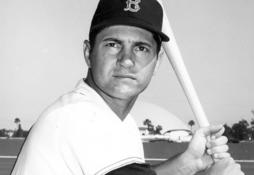