He played six years in the big leagues, recording 176 hits and never appearing in more than 103 games in a season.

But Jim Thorpe’s legacy goes well beyond his .252 career batting average with the Giants, Reds and Braves. Because Thorpe may well be the greatest American athlete of the 20th century.

To this day, a man whose last MLB game came in 1919 carries a legacy that transcends track and field, football and baseball. And as a Native American, Jim Thorpe overcame injustices that many modern day athletes could not fathom.

Born into the Sac and Fox tribe on May 28, 1887 in Prague, Okla., Jim Thorpe was first called Wa-tho-huck – a name meaning Bright Path – and a foreshadowing of the trajectory his life would take. Thorpe’s parents sent their athletic young son to boarding school, and like in most schools of that sort in the early 1900s, Native American pupils were expected to conform to the ways of the white man’s culture as they earned an education in a particular trade.

Not one to yield to authority or social expectations, Thorpe focused elsewhere and found his stride on the athletic field. In 1904 at age 16, he enrolled in Pennsylvania’s Carlisle Indian School, which was also attended earlier by Hall of Fame pitcher, Charles Albert “Chief” Bender. When he attended an open tryout for Carlisle’s track team, he cleared the school’s record high jump bar on his first try and garnered the attention of Carlisle’s head of athletics, Glenn “Pop” Warner. After realizing his talent on the track, Warner originally didn’t want Thorpe to play football, but after much insisting he reluctantly handed Thorpe a uniform and was impressed once again. Thorpe often spent time in reflection and practicing the art of visualization – imagining himself executing perfect athletic performances – which more often than not, resulted in realized victories. 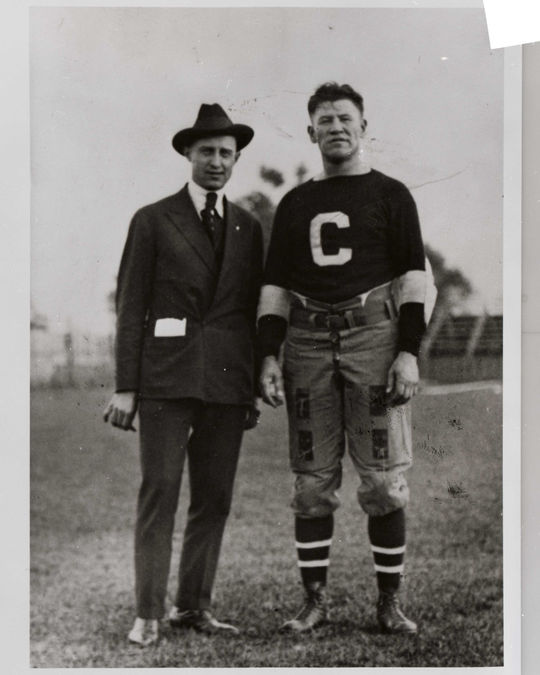 Warner helped Thorpe lay his athletic foundation at Carlisle, where the often-undefeated football team beat Harvard, Yale, other Ivy Leagues and Indian colleges alike. But track came most easily to Thorpe and he excelled in the 200 and 400 hurdle events.

By 1912, Thorpe had qualified for the United States Olympic team that would compete at the Summer Games in Stockholm, Sweden. Though not yet an official American citizen, Thorpe traveled with Team USA on the S.S. Finland to compete in the pentathlon and decathlon. The team stayed active while en route to Stockholm on the ship-turned-training facility, running laps on the deck’s makeshift track and lifting weights inside their cabins.

Thorpe quickly mesmerized the world-wide athletic community, placing first in four of the five events in the pentathlon and winning the gold medal. 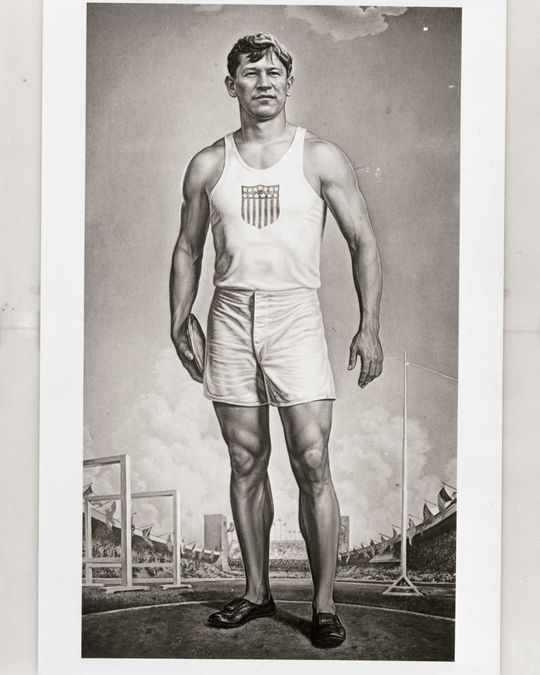 "Sir, you are the greatest athlete in the world"

On the second day of the Decathlon, Pop Warner scrounged to find two shoes Thorpe could wear when his were misplaced. Despite pouring rain and mismatched shoes, he set records that remained unmatched for decades and earned a second Olympic gold medal by a margin of almost 700 points. After his victories, King Gustaf V of Sweden told Thorpe, “Sir, you are the greatest athlete in the world.”

Thorpe, however, felt weighed down by the pressure of representing not only the United States, but his tribe and the Indian people as a whole. He felt as though he’d been put on a pedestal with expectations to be everything for everyone.

With pro football still in its infancy following his Olympic triumphs, Thorpe took his physical prowess to the diamond. He was signed by the New York Giants baseball club but had disputes with manager John McGraw and didn’t play much. But he did earn a $5,000 salary, quite a bit of money for that era. He played for the Giants as an outfielder in brief stints in 1913, 1914 and 1915, played for both the Giants and the Reds (going from the Giants to the Reds and back to New York in separate deals) in 1917, then played for the Giants in 1918 and early in 1919 before McGraw traded him to the Braves.

Switching playing fields almost as often as he changed clothes, Thorpe took several years to find his niche in the professional world. When professional football finally emerged, Thorpe was approached by the Canton (Ohio) Bulldogs. From 1917 to 1922, Thorpe played pro football during the fall and winter and supplemented his income and free time playing professional baseball during the spring and summer. He continued to play baseball professionally in the minor leagues until he was 42.

Meanwhile, a 1913 article emerged exposing Thorpe’s receipt of payment for playing minor league baseball prior to the 1912 Games. The International Olympic Committee stripped him of his medals and scratched his name from the Olympic record books. Exasperated, feeling used, and frustrated with injustices, Thorpe simply accepted his fate.

Despite his name being removed from the record books, Jim Thorpe’s performances at the 1912 Olympics solidified his legacy as the greatest athlete in the world. Thorpe’s legacy lives on the in the prestigious college football award that bears his name, given annually to the nation’s best defensive back. Oklahoma’s largest health system, INTEGRIS, honor’s Thorpe’s heritage and commitment to physical wellness through its own Jim Thorpe Rehabilitation Center and the Jim Thorpe Courage Award, given to members of the community who have overcome incredible physical challenges with tenacity and grace.

Not bad for a .252 hitter. But Jim Thorpe was always bigger than the game. 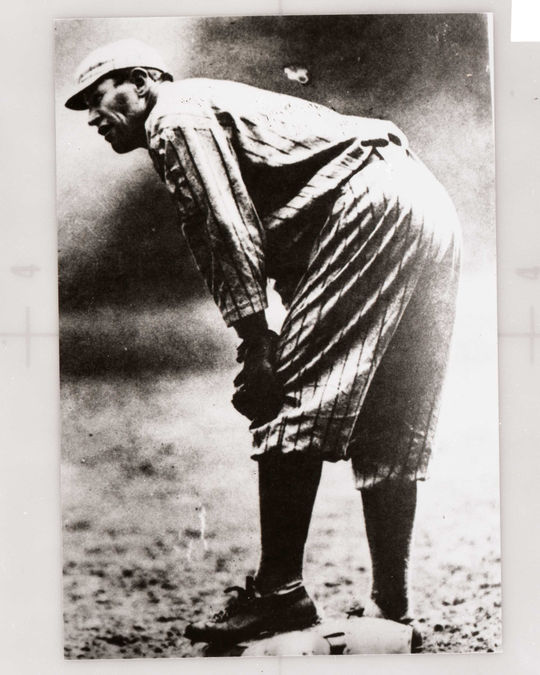 Jim Thorpe on base. (CMG Worldwide)