Osvaldo Salas began the 1950s as a welder in New York City and ended it as a photographer for Cuban leader Fidel Castro.

In between, Salas photographed some of the most influential baseball players of his era. Today, those images have a home in Cooperstown.

A significant body of work from Salas’ first professional photographic studio, the largest collection of his American baseball images in the world, now resides in the National Baseball Hall of Fame and Museum’s photo archive. Thanks to a generous donation by collector Rick Swig, the Museum preserves almost 900 of Salas’ photographs of ballplayers taken in dugouts, beside batting cages and in locker rooms in New York City’s three big league stadiums in the 1950s.

Salas formally launched his career as a press and publicity photographer in Manhattan in 1950, strategically locating his new studio on West 50th Street across from Madison Square Garden, a prime venue for boxing and other sports as well as concerts, plays, variety shows and the circus. He photographed notable icons of post-World War II era, capturing boxers, actors, artists and musical celebrities with his camera. 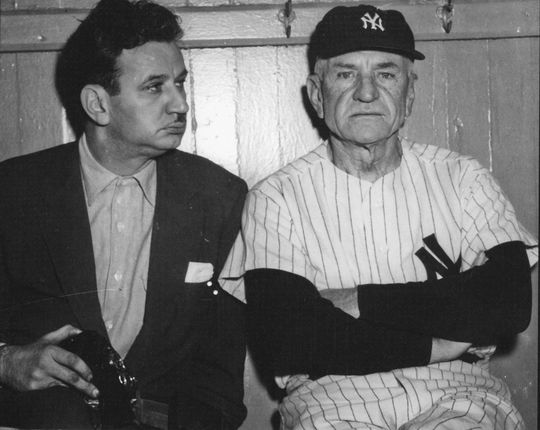 Osvaldo Salas photographed by his son, Roberto, with Hall of Famer Casey Stengel. 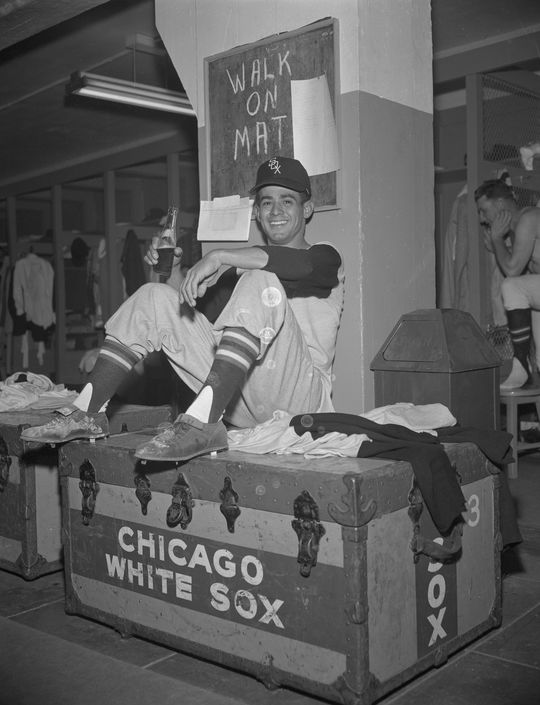 “Who was to know back then he was recording major league baseball’s introduction of Latinos and minorities into the limelight.”

The success of his early worked earned him press passes to all the baseball stadiums. Salas’s son Roberto recalls helping his father with “his camera, plates and those heavy bags. “ The two shared the dugout with “those great names of that time – Mantle, Robinson and Campanella – and the Latin newspapermen and sportswriters.

“For him it was just another job that he did the best he could,” Roberto remembers. “Who was to know back then he was recording major league baseball’s introduction of Latinos and minorities into the limelight.”

In New York, Salas served as a photographer for a handful of influential Spanish-language newspapers and magazines in the city, Cuba and other countries in Latin America. He photographed baseball for the Spanish-language press at a time when Latino and African-American players were entering major league baseball in unprecedented numbers. Jackie Robinson’s breaking of the color barrier in 1947 enabled an influx of players of color into the National Pastime. The success of integration was critical to future opportunities for Latino and black players regardless of their nationality. Baseball fans throughout the Caribbean basin were eager for news and images of players who made it in to the big leagues in the United States.

The character of the images compelled Rick Swig to bring the photographs to Cooperstown and share them with baseball fans everywhere. Showing his appreciation for the portraits, Swig describes them as “aesthetically beautiful, as they elegantly capture the portraits of future Hall of Fame legends like Mays, Mantle, DiMaggio and Aaron among many others,” Swig said. “At the same time Salas’ photos reveal many intrinsic essences of baseball, including the fabric of the wool uniforms, a field level view of stadium environments, and numerous details of balls, bats, and gloves from a foregone age. 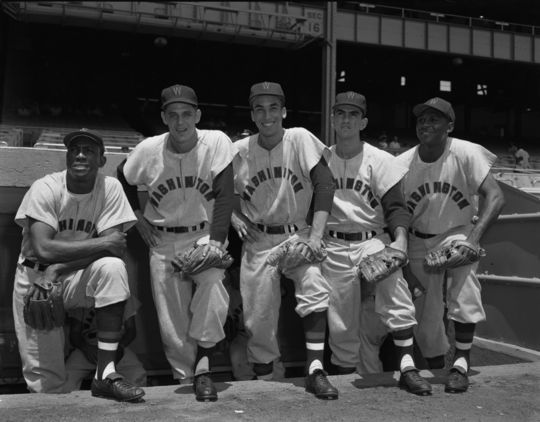 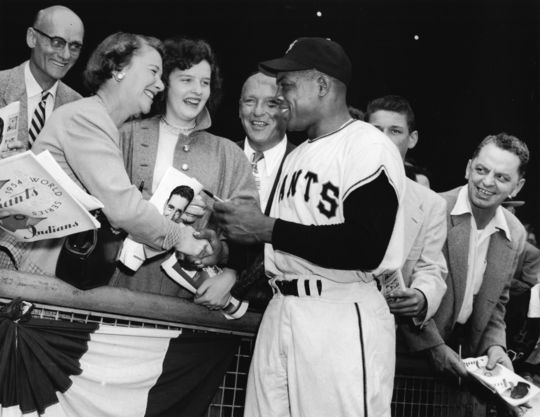 “Never has black and white been so colorful. Little did the photographer know when he was making these photos for the local Hispanic newspapers that he was also preserving baseball history.”

The Cuban Revolution transformed Salas’ career as a photographer, propelling him on to the world stage. He closed his New York City studio and returned to Cuba in 1959. Salas and his son Roberto became Fidel Castro’s photographers, serving on the photographic staff of Cuba’s government newspapers. Salas is most celebrated for his images documenting Cuba’s turbulent social and political transformation after Castro’s rise to power. His career as an internationally-acclaimed photojournalist spanned decades and continents.

“The photos of Osvaldo Salas are extremely important in documenting the social changes in baseball in the 1950s,” said Erik Strohl, the Museum’s Vice President of Exhibitions and Collections. “Salas and his camera captured these early pioneering moments on film when both baseball and American society were becoming multicultural and more diverse.” 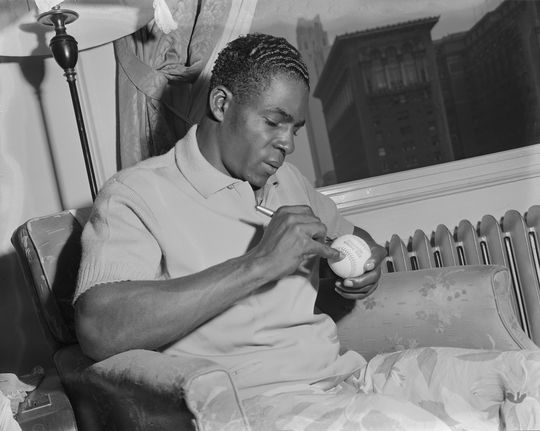