Paging through the Hall of Fame’s non-descript black bound volume of the New York Clipper, a reader finds column after column of theater reviews, rudimentary baseball box scores and advertisements.

And then comes the April 22, 1865 issue. On the front page is a woodcut image of John Wilkes Booth, a struggling actor who just eight days earlier assassinated President Abraham Lincoln.

“When you see something like that, that’s when you realize what an incredible resource this is,” said Tom Shieber, the Senior Curator at the National Baseball Hall of Fame and Museum. “It’s one thing to look at stories like this digitally or on microfilm. It’s another to have the paper in front of you and know that someone 148 years ago was looking at this very page. 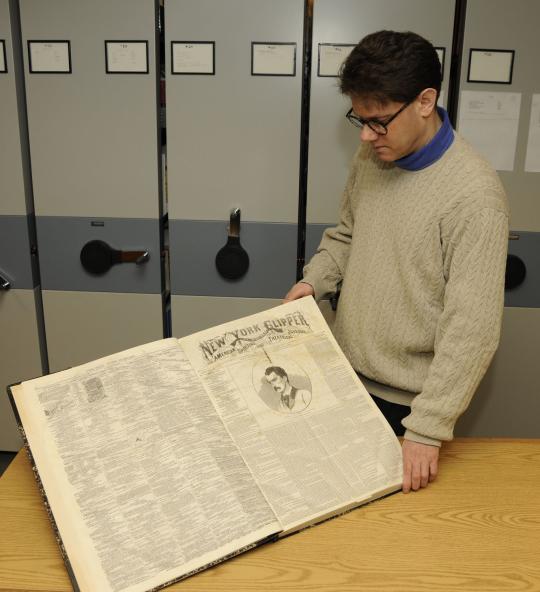 Hall of Fame senior curator Tom Shieber pages through the Museum’s bound copies of the New York Clipper newspaper. The papers were donated to the Museum by Margery Cary of Richfield Springs, N.Y., a town just to the north of Cooperstown. (Milo Stewart, Jr. / National Baseball Hall of Fame)

Eighteen bound volumes of the New York Clipper – nearly each one filled with 52 editions of the weekly paper dedicated to sports and theater – were donated to the Museum in its earliest years by Margery Cary of nearby Richfield Springs, N.Y. Her grandfather, Edgar Cary, and father, John D. Cary, both subscribed to the Clipper and were huge baseball fans – using the paper to track their favorite teams.

The issues cover the 1860s through the 1880s and are beautifully preserved, thanks to paper that featured a high-cotton, low-acid mix.

The papers serve as direct evidence of the popularity of the baseball as it became the National Pastime.

“By the 1860s, baseball was viewed just like the theater and the racetrack: You went there for entertainment.”

Tom Shieber, Senior Curator at the Hall of Fame

“In the 1850s, baseball made the transition from a children’s game to a game that was an acceptable activity for adults,” Shieber said. “So into the 1860s, you see basic box scores in the New York Clipper, some featuring write-ups of the game and some from around the country, sent in by team secretaries. Next to those results, you’d have coverage of boxing and cricket and other sports, then theater reviews and news.

“By the 1860s, baseball was viewed just like the theater and the racetrack: You went there for entertainment.”

The Clipper devoted dozens of column inches to baseball in each issue. By the late 1870s, box scores from the new National League were on the same pages with amateur games.

“The results there are the same ones on the internet today, with players like (Hall of Famers) George Wright and Jim O’Rourke in the box scores,” Shieber said. “But for researchers, the real gold mine of information is in the write-ups, especially from the 1860s. There, you can see how the nuances of the game evolved and learn about how the game was played.”

With the typeface about one-third the size of today’s newspapers – “Everyone back then either had better eyesight or owned a magnifying glass,” Shieber quipped – the Clipper crammed in the serialization of novels, answers to readers questions (but not the questions themselves) and even sample chess boards in play-and-solve columns written by future Hall of Famer Henry Chadwick

“About 15 years ago, I was asked to do a talk on baseball and the Civil War and found the Clipper to be a really valuable resource,” Spencer said. “There are reports in there from soldiers playing ball at the front, and even a reference by a soldier talking about how they would play their next game if “General Grant didn’t send us to play General Lee” – a reference to a possible upcoming battle.”

Historical tie-ins with baseball and entertainment are found throughout the Clipper, just like the reference to President Lincoln’s assassin. The woodcut of John Wilkes Booth was likely done in advance of his assassination of Lincoln in preparation for a feature on the actor. The April 22, 1865 issue was published while Booth was still at large, and for the next month the Clipper had extra wide black “bands” separating each column – a memorial to the slain president.

By the 1880s, the woodcuts on the front page featured images of the top ballplayers of the day.

“The combination of the information preserved in these volumes and the fact that the paper itself is still intact brings the history of baseball of that era to life,” Shieber said. “That’s what a museum and a library are supposed to do.” 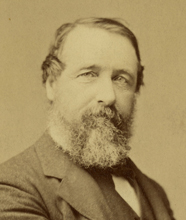 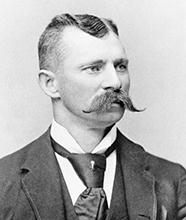 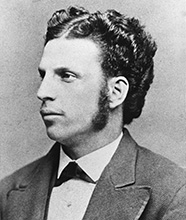