#Shortstops: Walk a Mile in her Shoes

Part of the SHORT STOPS series
Written by: Kathryn Pownall

On June 24, 1972, Bernice Gera became the first woman to umpire in a professional baseball game when she called a game between the Auburn Phillies and Geneva Senators. It ended up being the only pro game she ever umpired.

Although she fought a six-year legal battle for her right to professionally participate in the game, she knew before it even started that she would only umpire the single game, stating, “I decided at the umpires’ meeting that I would resign after one game.”

It was clear in that meeting before the game that she would have no cooperation from the other umpires. She anticipated that they would not involve her in the teamwork that umpiring required. Her prediction came true. A call she made was reversed during the game, and the manager of the Phillies challenged another decision which led her to throw him out of the game.

Gera had a long road to that single game in the New York-Penn League. In 1967, at the age of 36, the secretary enrolled in the Florida Baseball School after umpiring Little League games in the early 1960s. The school was male-dominated and she spent the six weeks of the umpire program living in a motel because there were no facilities for female students. After completing her training, the National Association of Professional Baseball Leagues (NAPBL) rejected her application, stating that she did not meet the physical requirements for the position of umpire. 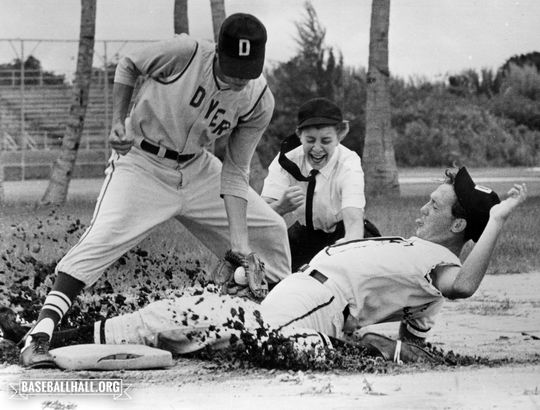 After completing her training and fighting for several years in court, Bernice Gera (pictured above) won the right to umpire a professional game in 1972. (National Baseball Hall of Fame and Museum)

After several years in court, she won the right to umpire in 1972. Despite quitting her role after the single game, Gera continued participating in the world of baseball. She worked for the New York Mets doing community relations and promotions until her retirement.

Baseball was a passion throughout Gera’s life. She stated that when fighting her legal battle, “I was not out to prove a point or break down a barrier. It was for sheer love of the sport.”

Bernice Gera was vital in influencing women’s passion for fighting for participation in professional baseball. She argued that, “if they don’t want women in baseball, women should not go to the games.” Following in Gera’s footsteps, Pam Postema had a 13-year career umpiring minor league baseball and also went through a lengthy legal battle, when she sued the major leagues, the minor leagues and the Baseball Umpire Development Program for sex discrimination.

The shoes Gera wore during her historic game in 1972 are preserved at the Hall of Fame in Cooperstown. 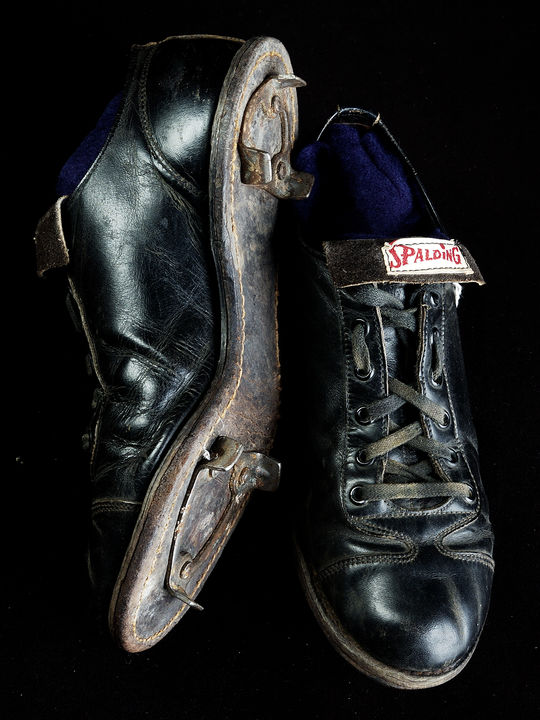 Bernice Gera wore these shoes on June 24, 1972, when she became the first woman to umpire a game in professional baseball. (Milo Stewart Jr./National Baseball Hall of Fame and Museum) 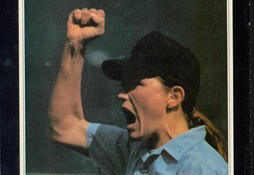 35 Years after her retirement from umpiring, Christine Wren opens up about her life as a baseball pioneer 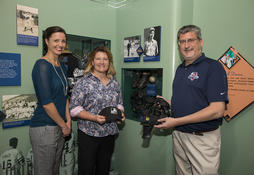 In 2017, Jen Pawol was promoted to the Short Season Class A New York-Penn League and is now working MiLB games during Spring Training.

Female umpire Jen Pawol sits down with Assistant Curator Gabrielle Augustine to talk about the path that led her to be calling strikes behind home plate.