5 Valuable Lessons You Can Learn at the Hall

Baseball can teach us a lot about life and American culture. With three floors of exhibits to explore, visitors can tap into lessons that extend beyond the diamond and even the textbook. At the National Baseball Hall of Fame and Museum, every ball, bat and glove has a deeper meaning.

Each artifact is expertly preserved and every exhibit is carefully crafted, waiting for the curious minds of diehard and casual fans to tell their tales.

Whether it’s a lesson in character, history, statistics, math or even art, the National Baseball Hall of Fame and Museum offers a hands-on experience that teaches kids and adults more than just baseball history.

Skip the backpack and notepad – these five valuable lessons won’t soon be forgotten.

Each of the nearly 300,000 people who visit the Museum each year are greeted by life-size bronze statues of three of the Game’s most iconic players.

Their stories and performances on the field are impressive – but dig a little deeper and you will find stories of personal character and courage in the face of seemingly insurmountable challenges.

Their stories of dedication, hard work and perseverance continue to inspire generations of fans.

Be sure to explore their stories, see their Hall of Fame plaques and learn about these heroes and their impact on and off the field. 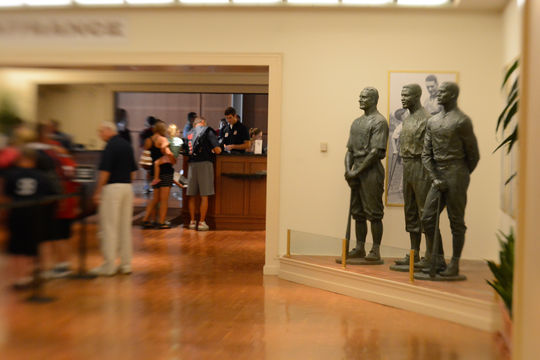 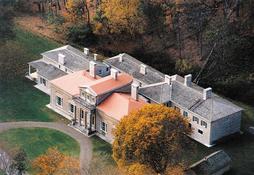 There’s a lot for history buffs to see and experience around town. 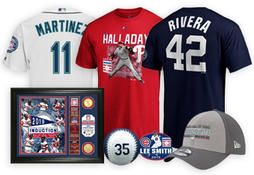 “There are three things that America will be known for 2,000 years from now when they study this civilization: the Constitution, jazz music, and baseball. They’re the three most beautifully designed things this culture’s ever produced.” This quote from Dr. Gerald Early of Washington University expresses a sentiment shared by millions of Americans, illustrating how baseball is considered America’s pastime.

The Game and our nation evolved together. Since the sport first emerged, baseball and America have shared the same values, responded to the same events and grappled with the same social issues.

Each exhibit at the National Baseball Hall of Fame and Museum is a time capsule, transporting the viewer back to any given era of American history.

The “Green Light Letter” may be one of the most compelling examples of baseball’s intersection with American history. It came during one of our darkest hours. President Franklin Roosevelt’s letter to Major League Baseball Commissioner Kenesaw Mountain Landis signaled that the country would continue to thrive despite the challenges and horrors of World War II. Just weeks after the bombing of Pearl Harbor galvanized the country and brought the United States into the war, Landis wrote to Roosevelt asking for his advice.

Landis only had to wait one day for a reply. Roosevelt drafted his response quickly and informed Landis in the missive – dated Jan. 15, 1942 – that baseball should continue, as a way to bolster American morale. Excerpts of the letter are below:

“I honestly feel that it would be best for the country to keep baseball going. There will be fewer people unemployed and everybody will work longer hours and harder than ever before.…
And that means that they ought to have a chance for recreation and for taking their minds off their work even more than before ...
Here is another way of looking at it – if 300 teams use 5,000 or 6,000 players, these players are a definite recreational asset to at least 20 million of their fellow citizens – and that in my judgment is thoroughly worthwhile.”

You can view an enlarged reproduction of this historic document during your visit.

When he stepped onto the Ebbets Field grass on April 15, 1947, Jackie Robinson changed the landscape of the National Pastime – and the nation itself. It was a victory for civil rights, a momentous cultural shift and the beginning of a long journey, embodied by the Brooklyn Dodgers’ first baseman.

The passage of time only heightens the importance of the moment.

The baseball world pauses each April 15 to celebrate Jackie Robinson Day on the anniversary of his big league debut. But, the National Baseball Hall of Fame and Museum celebrates Robinson every day. Visit the "Ideals and Injustices" exhibit to learn more about his remarkable career.

Also be sure to visit Jackie’s plaque in the Plaque Gallery. On June 25, 2008, the Hall of Fame unveiled an updated plaque to include language about his impact on American society.

Rachel Robinson, widow of the 1962 Hall of Fame inductee, and their daughter, Sharon, were present for the event, which featured remarks by Hall of Fame Board Chairman Jane Forbes Clark.

“When he earned election to the Hall of Fame in 1962, Jackie Robinson totaled a career worthy of inclusion, based on performance alone,” Clark said. “He told baseball writers that when considering his candidacy, they should only consider his playing ability – what his impact was on the playing field. At his induction in 1962, his plaque reflected his wishes – it only recounted his magnificent playing career. But, as we all know, there’s no person more central and more important to the history of baseball for his pioneering ways than Jackie Robinson. Today, his impact is not fully defined without mention of his extreme courage in crossing baseball’s color line. We are proud of the changes we have made.”

These are just two examples of the stories you can discover if you take the time to explore. 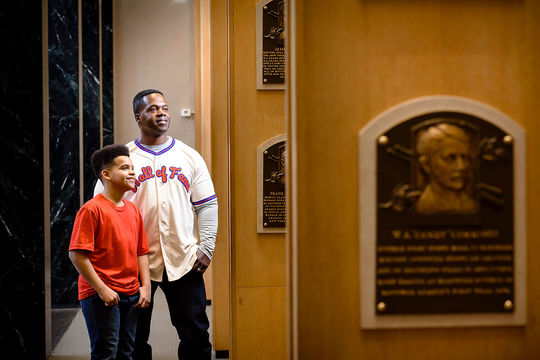 Father and son viewing plaques in the gallery. (Mitch Wojnarowicz/National Baseball Hall of Fame and Museum)

If baseball is an art as opposed to a science, then it’s no wonder the art of baseball can be found in Cooperstown.

The National Baseball Hall of Fame and Museum’s collection includes more than 1,700 works of art that help to tell the story of the Game’s historical and cultural relevance. Artwork in the Museum collection includes paintings, sculptures, watercolors, drawings, prints, ceramics, fibers, photographs and glass, along with mixed and multimedia.

Numerous media are utilized and many well-known players from the 19th century to the present day are depicted, along with representations of ballparks, equipment and play on the field.

The following pieces represent some all-time favorites you will not want to miss:

Game Called Because of Rain (Tough Call) – Norman Rockwell, 1949
In one of Rockwell’s best-known baseball images, umpires Larry Goetz, Beans Reardon and Lou Jorda assess whether to stop a game due to the rain. As the umpires make their decision, Brooklyn coach Clyde Sukeforth and Pirates skipper Billy Meyer have their own disagreement about whether to proceed.

Safe – Jared French, 1937
Jared French takes artistic license with the Polo Grounds and its famous geographic feature, Coogan’s Bluff. To provide additional visual appeal to the background, French moved the bluff to the outfield from its actual location behind the grandstand.

Mine Baseball – Mervin Jules, 1937
When Mervin Jules first exhibited the painting, Time magazine praised his use of “restrained luminous color.” According to Jules: “I was collecting studies among the bootleg mines in western Pennsylvania and saw a group of miners on a slag field playing baseball late in the day. They cast a long shadow and it all fascinated me.”

Casey at the Bat – Robert Heindel, c. 1975
Robert Heindel fashioned a successful career as a commercial illustrator and a fine artist even though his only training was through a correspondence school. In the painting, Heindel represents the celebrated Casey, anti-hero of the 19th-century poem “Casey at the Bat,” as he famously strikes out.

Babe Ruth – Ross R. Rossin, 2012
Born Rossen Raytchev Raykov in Bulgaria, the artist better known as Rossin is acclaimed for his large-scale, photorealistic portraits. His meticulously detailed works have led to commissions from U.S. presidents and other prominent figures in politics, business and entertainment. Rossin painted Babe Ruth, one of the most recognizable icons of American culture.

The Hall of Famer – LeRoy Neiman, 1996
According to LeRoy Neiman, “For an artist, watching Willie Mays hit a baseball is an experience far more overpowering than painting a beautiful woman or leading political figure.” Neiman conveys that sentiment with an idealized Hall of Famer. 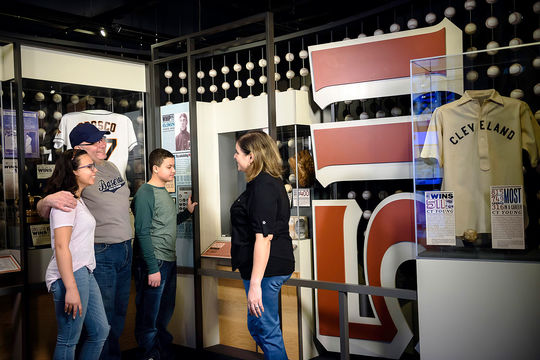 Family enjoying the "One for the Books" exhibit. (Mitch Wojnarowicz/National Baseball Hall of Fame and Museum)

Baseball by the Numbers

Baseball statistics have long been an important part of the Game and, for baseball fans, some numbers hold a special place in our hearts and minds.

The “One for the Books” exhibit explores the stories behind our Game’s most sacred numbers. Be sure to spend some time exploring the interactive Top Ten Tower, which allows you to search the top 10 lists for career and single-season records throughout baseball history.

Another not-to-be missed gem is a three-dimensional version of Ted Williams’ strike zone chart from his book, The Science of Hitting. The colorful display uses 77 baseballs to show what Williams believed his batting average would have been at each location in the strike zone.

The Value of Hard Work and Perseverance

Character, American history, art and statistics are just a few lessons to be learned at the National Baseball Hall of Fame and Museum. But if you’re looking for a lesson that translates the classroom to everyday life, let the importance of hard work and perseverance be your biggest takeaway.

Earning election to the National Baseball Hall of Fame is one of the greatest honors in all of sports, and is reserved for those few who truly graced the game through their remarkable achievements. A little more than 19,000 players have worn a major league uniform since 1871. Only 1 percent have earned election to the Hall of Fame, the Game’s highest honor.

Their stories of dedication, hard work and perseverance continue to serve as inspiration for generations of fans. 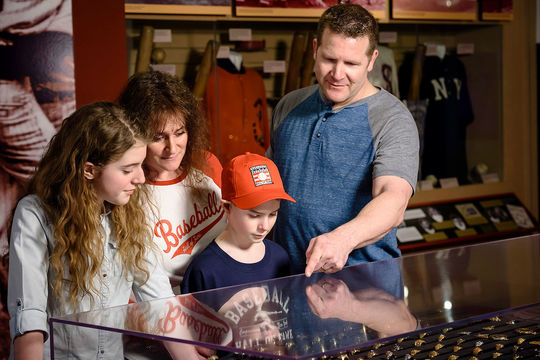 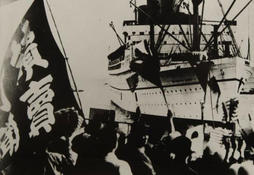 Often referred to as America's National Pastime, baseball has had a very active role in the shaping of this nation. 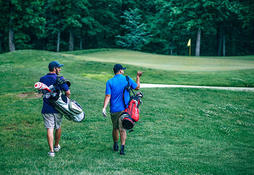 The Ultimate Buddies' Guide to Cooperstown

Baseball is not the only game in town for those looking to spend a weekend with their friends. 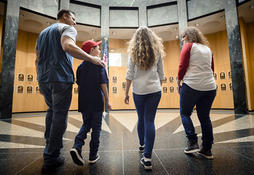 The Cooperstown Experience on a Budget

You don't have to break the bank on a family getaway. 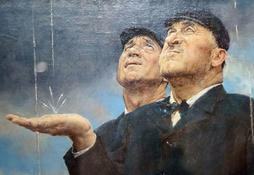 4 Things Everyone Should Discover in the Museum

It doesn’t take a diehard fan to enjoy all the National Baseball Hall of Fame and Museum has to offer.