On Sept. 26, the Toronto Blue Jays punched their ticket to the postseason, snapping the longest current playoff drought in Major League Baseball at 22 years. Four days later, Toronto locked up the American League East division title, guaranteeing them home field advantage for at least the divisional round.

Home field advantage in Toronto is no small factor these days, with the team inspiring new legions of fans and convincing old ones to come back to the ballpark. The Blue Jays drew more than 5,000 fans per game this year than in 2014, and finished fourth in the AL in overall attendance with more than 2.79 million fans crossing the turnstiles. It’s fair to say the Rogers Centre (known to many fans forever as the SkyDome) has not seen this much enthusiasm since the Jays drew more than four million annually from 1991-93.

The Jays’ back-to-back World Series championships from that era, punctuated by Joe Carter’s walk-off home run to win the 1993 Fall Classic, are certainly the first thing that come to mind when one thinks of playoff baseball in Toronto. But the team’s success this year also carries quite a few similarities to another squad that is celebrating a 30th anniversary: The 1985 AL East champion Blue Jays.

Before trading for Roberto Alomar and Rickey Henderson and acquiring fellow future Hall of Fame players like Paul Molitor and Dave Winfield through free agency, the Blue Jays were a young up-and-coming team not far removed from expansion in 1985. Similar to this year’s squad in Toronto, the team had a core of promising players who were looking for a taste of the postseason, including pitcher Dave Stieb and position players Jesse Barfield, George Bell and Tony Fernandez. Thirty-four year old Doyle Alexander was a veteran starter who led the team in wins, similar to Mark Buehrle this year. They even found a rookie, Tom Henke, to bolster the back of their bullpen, just like young Roberto Osuna in 2015 (though Henke was a midseason call-up).

It was a talented roster that needed the right leadership to take the next step. And the Blue Jays found their man in future Hall of Fame manager Bobby Cox, who had come over from the Atlanta Braves in 1982. 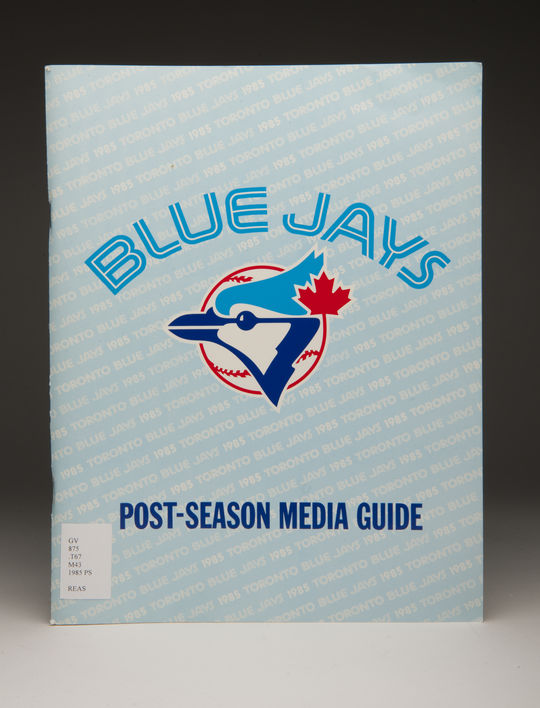 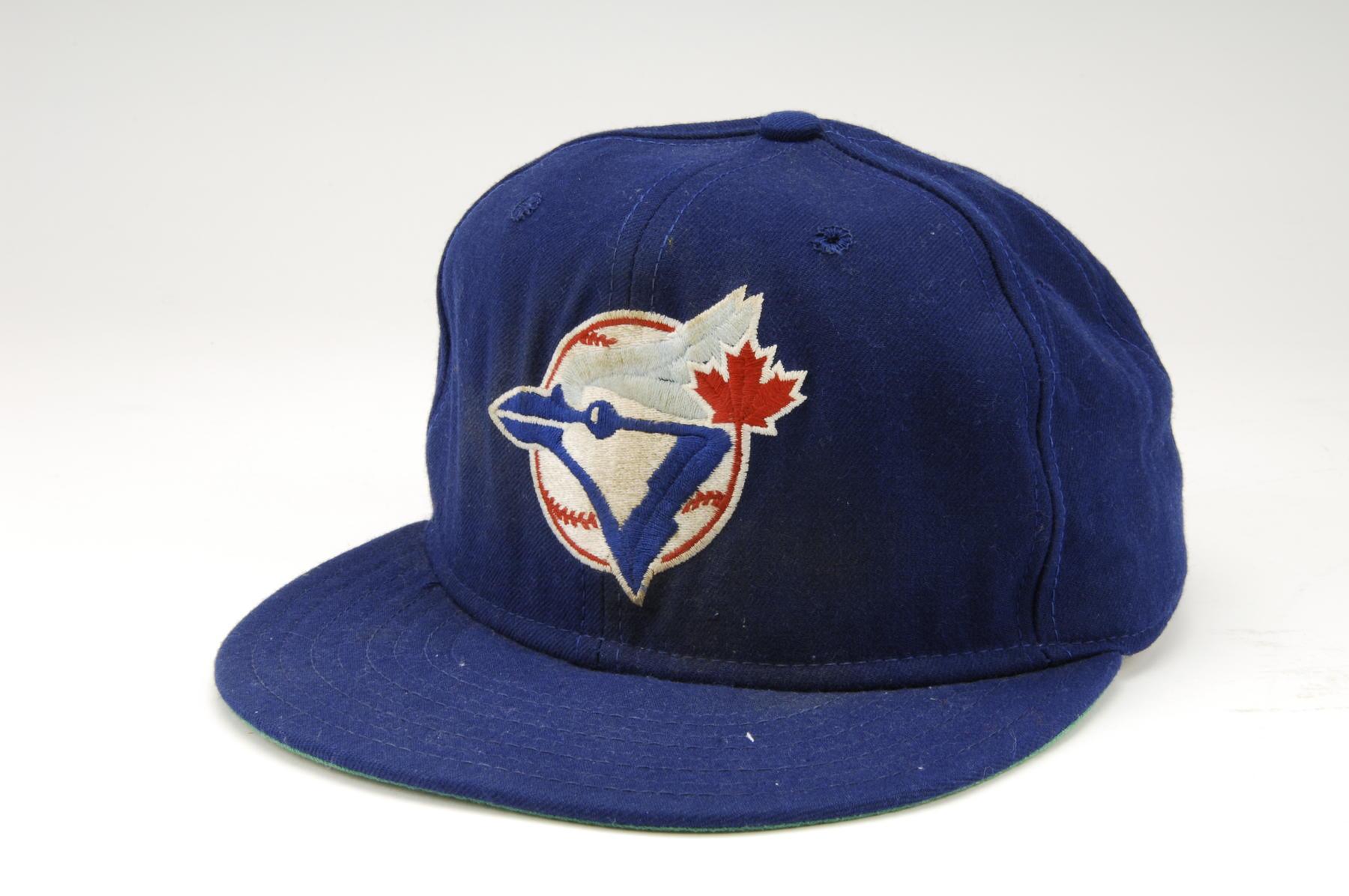 “Pat (Gillick) had told me that there were a lot of young kids coming, maybe not ready to win yet, but it didn't take us long to do something,” Cox said in an interview with the Hall before his induction last year. “In those four years up there, I had as much fun probably as I've ever had in the game of baseball.”

Cox was named AL Manager of the Year as he led the Jays to the franchise’s first division title in what was called “The Drive of ’85” by Toronto fans. The Blue Jays finished the regular season with 99 wins – the second best total in baseball behind St. Louis – to earn home field advantage against the Kansas City Royals in the ALCS. Game 1 was not the first playoff contest to be held north of the border – the Montreal Expos earned that honor four years prior – but it certainly boasted one of the most unique locations on the converted Exhibition Stadium football field, which served as the Blue Jays’ home until 1989.

Despite the strange arrangement of the field, more than 39,000 baseball-crazed Canadians packed the stands to see their Jays win 6-1. Toronto raced out to a three-games-to-one lead against Kansas City, and would have won the series under the five-game championship series format that had existed before the 1985 season. But with new rules in place, the Jays needed four wins – and could not pick up that final victory, losing their grip on their commanding lead and eventually falling to the Royals in seven games. 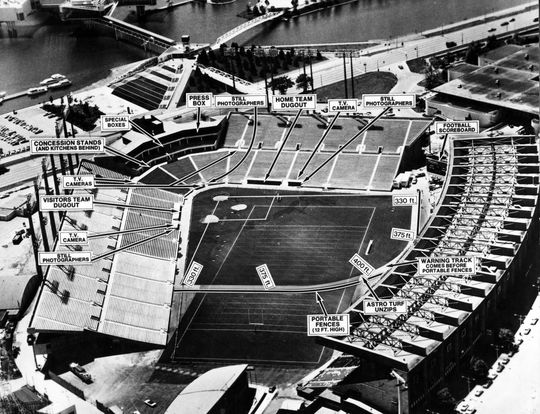 An aerial photograph detailing how Toronto’s Exhibition Stadium home to the Toronto Argonauts of the Canadian Football League, would be adapted for baseball game’s prior to the Blue Jays’ 1977 expansion season. BL-1789-77 (National Baseball Hall of Fame Library)

“I always said when you get into the playoffs, it's almost a flip of the coin which way the ball is going to bounce for each team,” Cox recalled. “And that year it didn't quite bounce right for us.”

Blue Jays fans are hoping for better bounces this fall, but the team has already made their fans happy by returning to the postseason.

“To be honest, we think we have more ahead of us, we really do, but it was a big hurdle to get over, it had been so long,” Blue Jays manager John Gibbons said. “But I'm proud of our guys. From day one, they just competed, and that's all we ask, and that's what happens when you throw a lot of talent together and they get after it every night. Good things happen.” 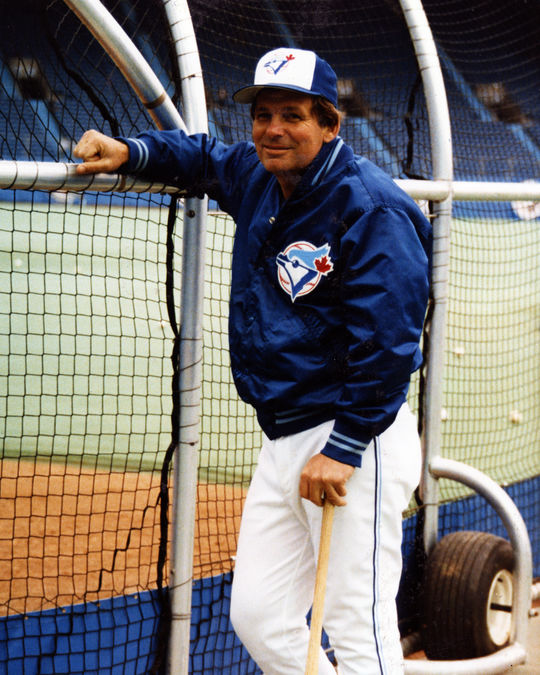 Hall of Fame manager Bobby Cox poses for a batting practice photo during his first season with the Toronto Blue Jays in 1982. BL-2558-82 (National Baseball Hall of Fame Library)