“It seems strange to be starting off on a trip without Rube Waddell,” Philadelphia A’s manager Connie Mack told the Pittsburgh Press in February, 1908. “He has been with us so long that he was looked upon as a permanent fixture with the team.”

Mack and Waddell had a long shared history that began in 1900, where Waddell played for Mack’s minor league Milwaukee Brewers, and lasted through six seasons with the Philadelphia A’s. The Hall of Fame manager is also credited as helping the young lefty control his lights-out fastball and iconic curveball.

Mack managed Waddell through four consecutive 20-win seasons from 1902-05, during which time the left-hander led the American League in strikeouts each year, won the AL’s pitching Triple Crown and became the first pitcher in major league history to pitch an immaculate inning – striking out the side on nine pitches.

When Waddell set the modern record for strikeouts in 1904 with 349, his total was 110 more than any other pitcher in baseball.

The 349 strikeouts stayed as the modern standard for six decades until Sandy Koufax eclipsed it in 1965.

Waddell also battled alcoholism for most of his adult life, and his drinking created friction in the clubhouse and with management.

Despite his prodigious talents, Waddell and Mack parted ways on Feb. 7, 1908 when the A’s sold Waddell to the St. Louis Browns for $5,000. 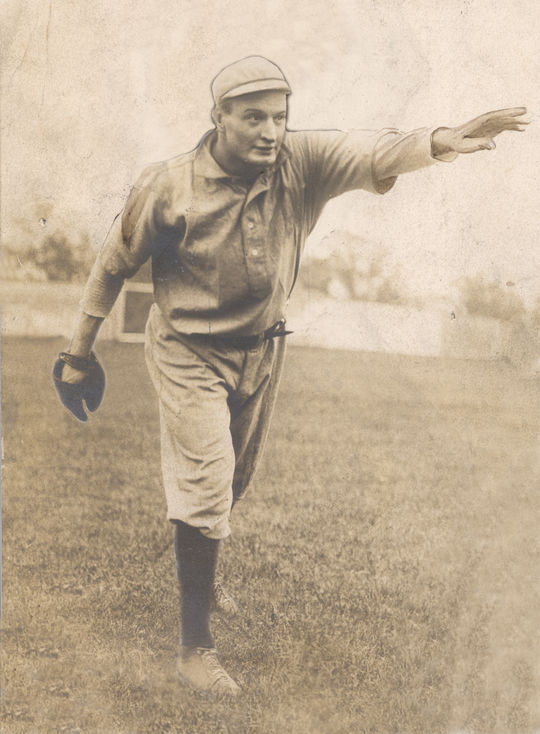 In 1902 Rube Waddell became the first Major League pitcher to strike out the side on just nine pitches. (Charles M. Conlon/National Baseball Hall of Fame and Museum)

There were no hard feelings between the two future Hall of Famers, with Mack explaining to the Pittsburgh Press that he hoped Waddell “made good with the Browns, not only for the team’s sake but for his own benefit, as he certainly is a star twirler when he is right.”

The following season with the Browns would ultimately prove to be Waddell’s last significant year, in the big leagues, winning 19 games and striking out 232 batters, which marked his sixth year fanning at least 200.

Waddell died from tuberculosis just six years after that first season with the Browns, and was inducted posthumously into the Hall of Fame in 1946.

Upon his death, sportswriters took to the papers to honor his talents, including Sporting News reporter Harold Skelton.

Skelter wrote “So, when you talk of Johnson, Wood, Bender and the rest/Just speak one word for Rube Waddell/When he was at his best.” 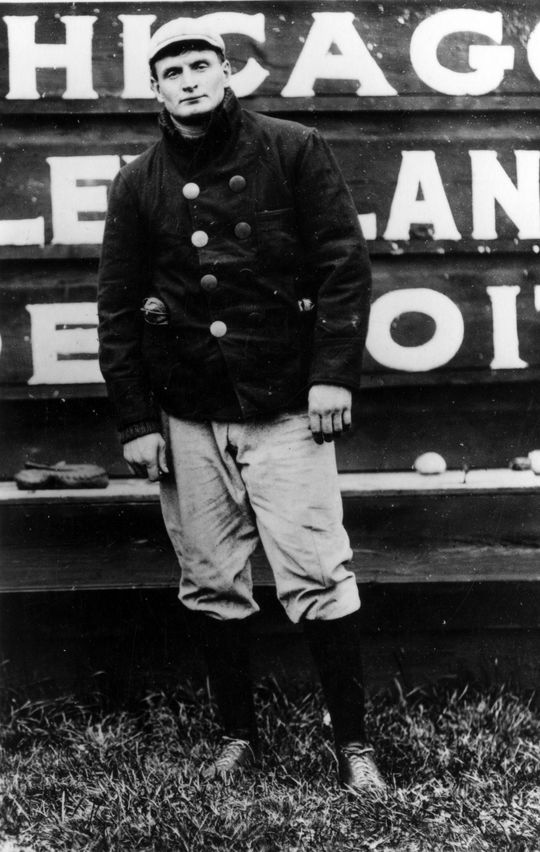 Talented but eccentric, Rube Waddell was ultimately sold to the St Louis Browns from the Philadelphia A's. (Charles M. Conlon/National Baseball Hall of Fame and Museum) 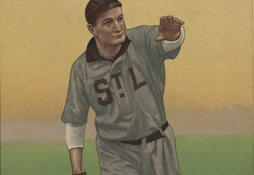