The 1975 Topps cards have often been described as the most unique set of the iconic brand’s first 40 years, with its bright colors and bold lettering.

But for fans of the Braves’ Ralph Garr, there was something oddly – and newly – familiar.

The 1975 Topps card of Garr featured the exact same photo as the 1974 Topps version, a rarity among Topps offerings of that era. It’s a great shot, with Garr finishing his left-handed swing from what was likely a home game in 1972 or 1973. His helmet pops off during the action, and Garr watches what appears to be a ball hit to the outfield.

And maybe it was appropriate to use it more than once – as few players ever hit as consistently as Garr did in those seasons. The photo just might have been from one of the 813 hits Garr totaled from 1971-74, three more than even Ty Cobb amassed in first four full seasons. 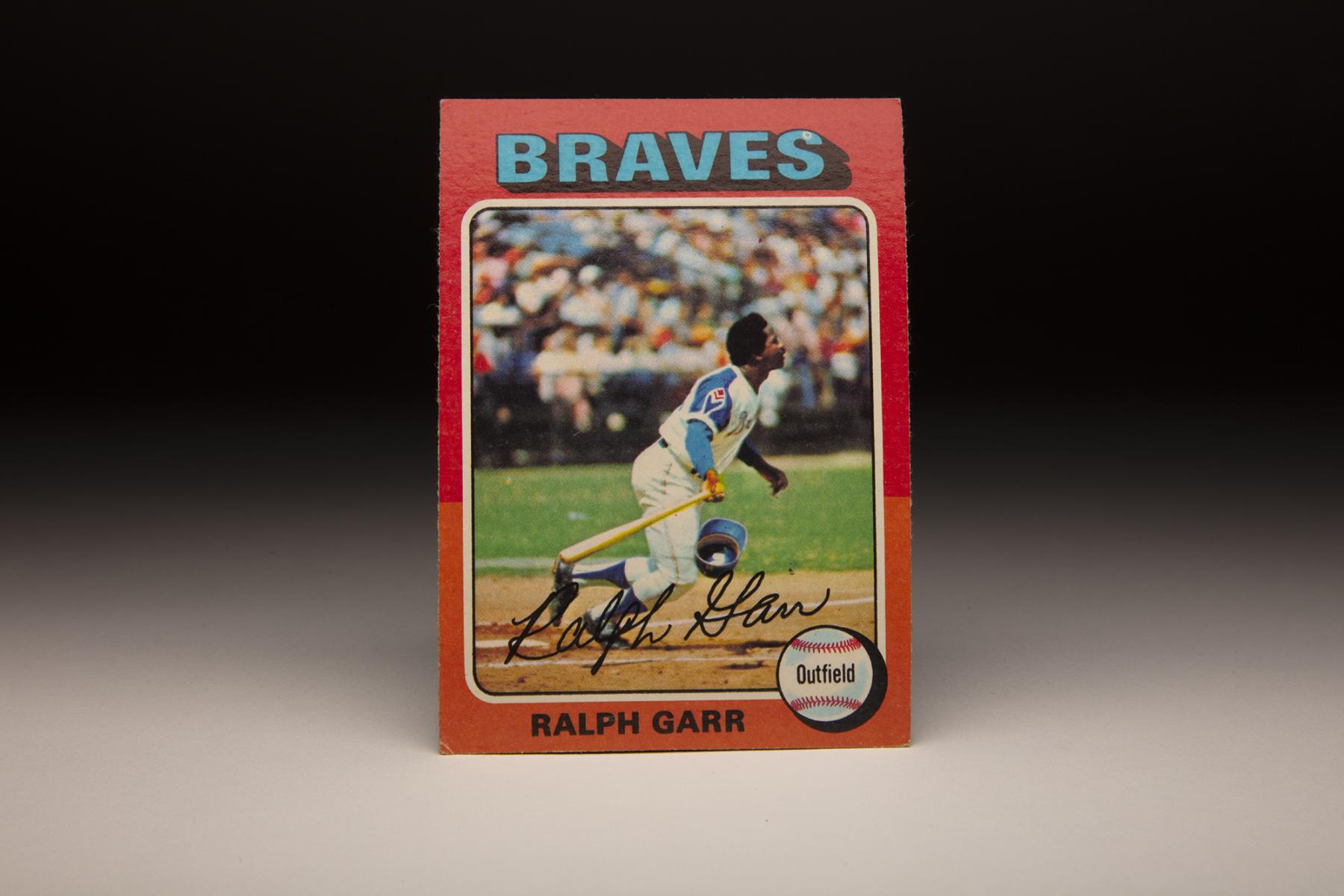 For a time, Ralph Garr seemed to be on a path to join Cobb in Cooperstown.

Born Dec. 12, 1945, in Monroe, La., Garr enrolled at Grambling State University after high school and became a star on the diamond. After hitting better than .500 during his senior year, Garr was selected in the third round of the June 1967 MLB Draft by the Atlanta Braves.

A position change from second base to outfield followed, and in 1968 Garr hit .293 with 32 stolen bases for Double-A Shreveport of the Texas League. He earned a late-season call-up to the Braves, appearing in 11 games and recording the first of 1,562 big league hits. 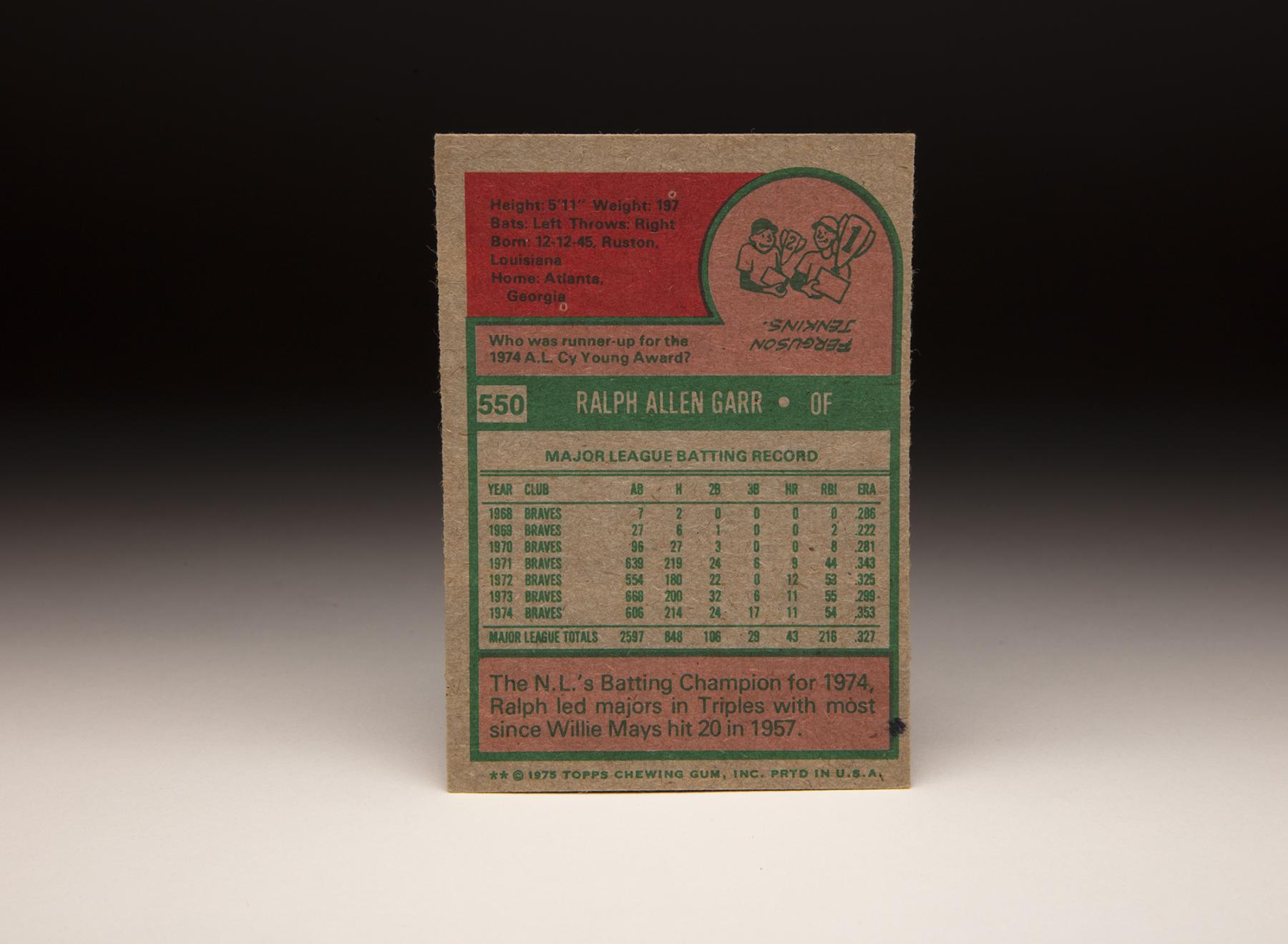 Garr then stamped himself as a top prospect by winning the International League batting title in 1969 with a .329 average – to go with 63 stolen bases – for Triple-A Richmond. He appeared in 22 games with the Braves following that season and earned a spot on the Braves as a bench player to start the 1970 season.

But after appearing mainly as a pinch hitter or pinch runner over the season’s first two months for a team that featured Henry Aaron and Rico Carty in the outfield, Garr was sent back to Richmond. In 98 games in Triple-A in 1970, Garr hit .386 – again winning the International League batting title before being recalled to the Braves for the season’s final month. In 21 September games, Garr hit .302 with 15 runs scored and – after Carty suffered a season-ending knee injury playing winter ball – was all but guaranteed a starting job in 1971.

With Carty healthy again in 1972, the Braves moved Aaron to first base to accommodate both Garr and young Dusty Baker. Garr hit .325 in 134 games while splitting time between left and right field, totaling 180 hits and hitting a career-best 12 home runs.

In 1973, Garr had a down season – if a “down season” can be one with 200 hits. In 148 games as the Braves’ primary right fielder, Garr totaled 200 hits, 32 doubles, 94 runs scored and 32 stolen bases. His batting average of .299 marked the fifth time in big league history that a player had failed to hit .300 in a season where he totaled 200-or-more hits – and was indicative of Garr’s 22 walks that season. Over his career, Garr averaged about 30 walks per year. 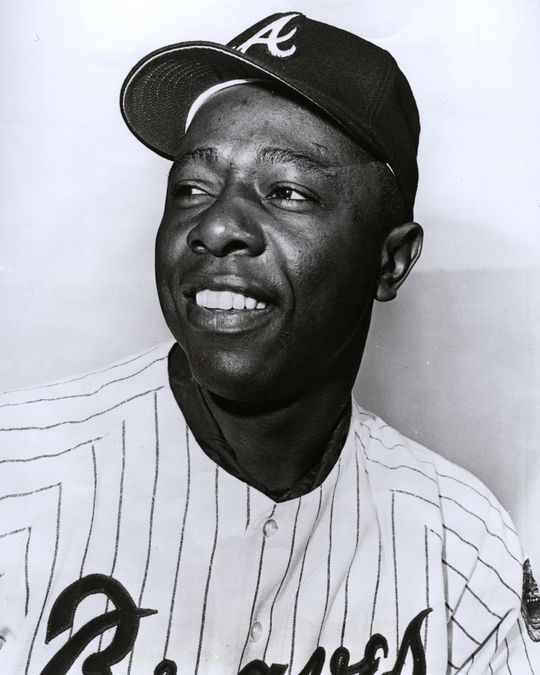 The Braves moved Hank Aaron (above) to first base in 1972 to accommodate both Ralph Garr and Dusty Baker in the outfield. (National Baseball Hall of Fame and Museum)

Then in 1974, Garr started the season 0-for-16. From that point on, however, Garr pounded out 149 hits before the All-Star Break, a record that still stands. Garr went 0-for-3 in the July 23 All-Star Game in Pittsburgh, but continued his torrid hitting in the second half, totaling 41 hits in August to leave him with 201 with a month of games remaining. But Garr suffered a knee injury while running the bases Sept. 3 against the Padres and was sidelined for 20 days.

He finished the season with 214 hits and a .353 batting average, both of which led the National League along with his 17 triples.

“He’s no little guy – a look at him,” Reds catcher Johnny Bench told the Cincinnati Enquirer during Garr’s summer surge. “Strong legs and large upper torso. He can hit the ball a long way.”

Following the season – one that featured several trade rumors swirling around him – Garr more than doubled his salary with a win in the arbitration process, signing a contract that would pay him $114,500 in 1975.

“I had great statistics, my lawyer presented them perfectly and the arbitrator knew baseball and made a fair decision,” Garr told the Associated Press. 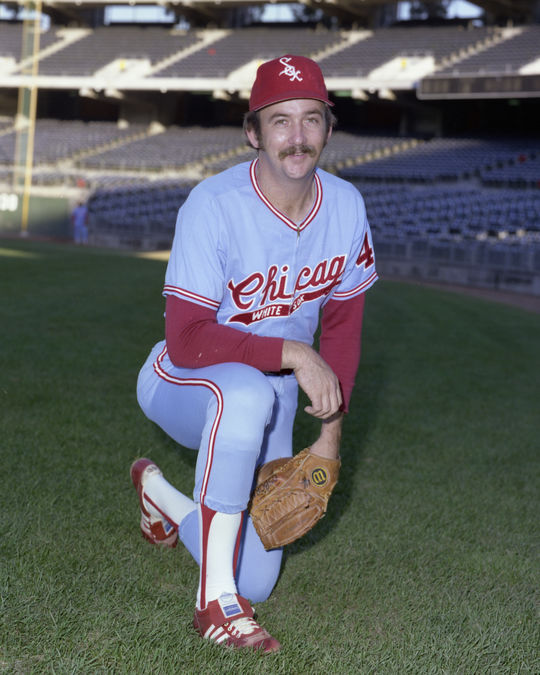 After the 1975 season, Ralph Garr was acquired by the White Sox, alongside Larvell Blanks and in exchange for Ken Henderson, Dan Osborn (above) and Dick Ruthven. (Doug McWilliams/National Baseball Hall of Fame and Museum)

“I was the best hitter in the National League last year. Now I’m going to go out and have the best season ever for the Atlanta Braves.”

But 1975 didn’t turn out as Garr planned. That year, he again led the NL in triples with 11, but batted just .278 in 151 games. Following the season, new White Sox owner Bill Veeck pounced on the opportunity to acquire Garr, sending Ken Henderson, Dan Osborn and Dick Ruthven to the Braves in exchange for Garr and Larvell Blanks on Dec. 12, 1975.

It was part of a furious round of trades at Baseball’s Winter Meetings in Hollywood, Fla., as Veeck sat in the lobby of the headquarters hotel with a telephone and a sign that read: “Open for Business Anytime.”

“Undoubtedly (other baseball people) will say I’m making a travesty of trading,” Veeck told the AP. “But the game is fun.”

Garr made sure Veeck had fun in Chicago, hitting .300 on the nose in both 1976 and 1977, helping the South Side Hitmen win an unexpected 90 games in the latter season. The 31-year-old Garr was the White Sox’s regular left fielder, hitting leadoff for much of the season to spark a lineup that included Chet Lemon, Jorge Orta, Oscar Gamble and Richie Zisk.

Garr remained the White Sox’s main option in left field for most of 1978 and 1979, but his batting average dropped to .275 and .280 (with the White Sox), respectively. On Sept. 20, 1979, the Angels purchased Garr’s contract, bringing aboard the veteran outfielder as they chased their first AL West title amidst injuries to lineup stalwarts Dan Ford, Willie Mays Aikens and Rod Carew.

Just hours after the trade was announced, Garr was in the Angels’ lineup – hitting third as the designated hitter in an 11-6 win over the Royals in Kansas City.

“I have no ill feelings about Chicago,” Garr told the Chicago Tribune. “I understand, they are going with kids.”

Garr struggled the rest of the season, with just three hits in 24 at-bats over six games with the Angels. Because he was dealt after the Aug. 31 deadline, Garr was ineligible for the postseason after California won the division title and advanced to the American League Championship Series – a series that the Baltimore Orioles won in four games.

In the final year of a three-year contract in 1980, Garr appeared in just 21 games for the Angels before he was released on June 6. He played winter ball in the Dominican Republic following the season and appeared in a handful of games for the Mexico City Tigers of the Mexican League in 1981 before ending his playing career.

“Think about all the pressure of going out there day after day and knowing that when it’s all over you’ll have to have 180 to 190 hits,” Garr told the Miami Herald in Spring Training of 1975. “I’ve got to keep the fans happy.” 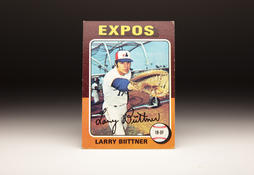 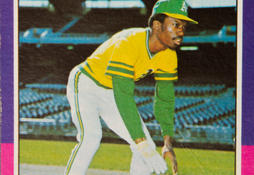 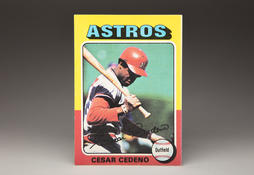 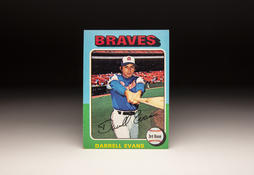