For the first 76 years of professional baseball, the grueling major league season had always been long enough to separate the best team from the rest of the pack.

But on Oct. 1, 1946, 154 games simply weren’t enough to decide the winner of the National League pennant. On that day, the St. Louis Cardinals and Brooklyn Dodgers began the first-ever best-of-three playoff series after the two teams finished the regular season tied atop the National League standings.

St. Louis came in to the 1946 campaign as the heavy favorite in the National League. Hall of Fame outfielder Stan Musial was back for the Cardinals after serving in World War II, and 115 of 119 Associated Press sportswriters picked St. Louis to win the pennant. Even Dodgers owner Branch Rickey called the Cardinals a “shoo-in” for the World Series, much to the chagrin of St. Louis manager Eddie Dyer.

“All that Rickey gives out about us being a shoo-in is aimed at easing the pressure on his Dodgers – the club to beat,” Dyer told the press. 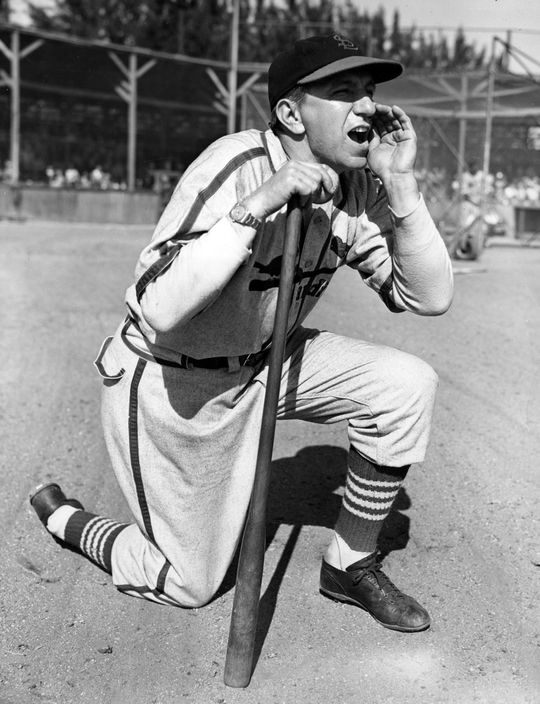 During the first half of the season, it seemed that Dyer may have been right. On July 4, the St. Louis faithful booed their hometown Cardinals after a loss to the Cincinnati Reds dropped the Redbirds to seven-and-a-half-games behind the Dodgers. Dyer, who had previously claimed that his club would win the pennant if it was within five games of first place on Independence Day, looked like he would be forced to eat his words.

But perhaps the criticism from the St. Louis fans was the wake-up call that the Cardinals were looking for. The Redbirds won 33 of their next 47 games and found themselves even with the Dodgers on Aug. 22 with a record of 71-45.

After a tight month of September, the regular season came down to one final day on Sept. 29 – or so everyone thought. St. Louis and Brooklyn entered their final games deadlocked in first place with identical 96-57 records. 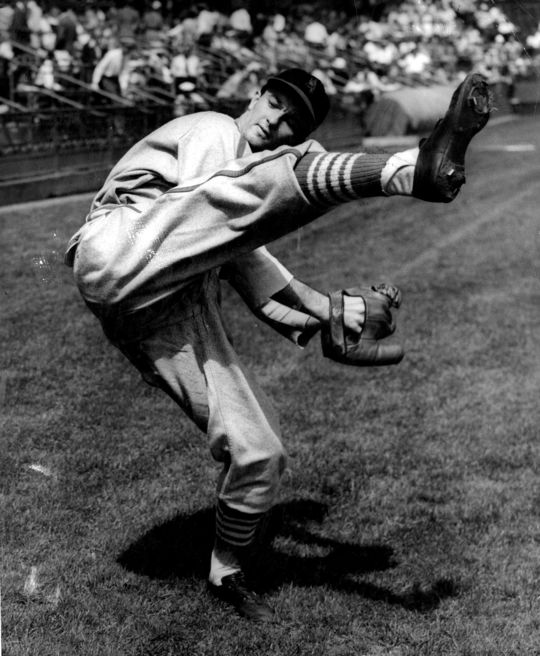 Howie Pollet of the Cardinals limited the Dodgers to two runs in a complete game victory in Game 1 of the 1946 National League playoff series. The win marked Pollet's 21st victory of the season. (National Baseball Hall of Fame and Museum)

Neither club could seal the deal, as the Cardinals lost 8-3 to the third-place Cubs and the Dodgers were shut out by the fourth-place Boston Braves, 4-0. After 154 games, the Cardinals and Dodgers would need to play an additional three-game series to decide who went to the World Series.

The Dodgers faced a do-or-die situation as they returned home to play Game 2 on Oct. 3 at Ebbets Field. But the Cardinals would not be denied their fourth National League pennant in five years as they routed the “Bums” from Brooklyn, 8-4, in MLB’s first-ever televised playoff game. 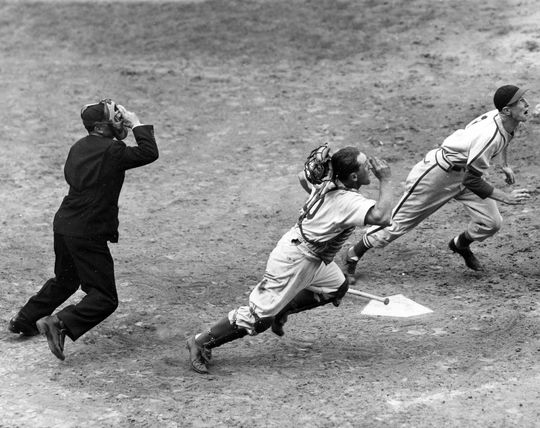 Red Schoendienst attempts to bunt during the sixth inning of Game 2 of the 1946 National League playoff series between the Cardinals and the Dodgers at Ebbets Field. The catcher is Brooklyn's Bruce Dewards and the umpire is Babe Pinelli. (National Baseball Hall of Fame and Museum)

The Cardinals would go on to defeat the American League champion Boston Red Sox, four games to three, in a back-and-forth World Series. After the 1946 season, Red Sox manager Joe Cronin called for Major League Baseball to reduce all tiebreaker series to one game. Cronin believed the prolonged battle between the Cardinals and Dodgers was indirectly responsible for an elbow injury to his star player, Ted Williams, after Williams was hit by a pitch during an exhibition game between the end of the regular season and the start of the World Series.

“If Brooklyn and St. Louis weren’t going through this best-of-three playoff this week, we wouldn’t have had to play any exhibition games to keep in trim,” Cronin told the press. “And, if there had been no exhibition games, Ted would not have been hurt needlessly.”

Cronin’s complaints were heard by American League owners, who instituted a one-game playoff for baseball’s next tiebreaker between the Indians and Red Sox in 1948. However, the National League maintained its three-game playoff format through three more playoffs in 1951, 1959 and 1962 before adopting the one-game format.

The 1946 showdown between the Cardinals and Dodgers was only the first of several memorable tiebreaker series to come, including Bobby Thompson’s ‘Shot Heard ‘Round The World’ walk-off homer that lifted the New York Giants over the Dodgers in 1951. 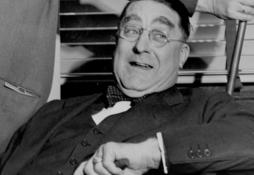