When St. Louis Cardinals great and perennial National League all-star Stan Musial came up to bat in the bottom of the 12th inning of the 22nd MLB All-Star Game in Milwaukee, he turned to American League catcher Yogi Berra and told him he was tired.

But Musial wasn’t tired; he was just ready to go home.

Musial hit the first pitch he saw deep to right field to lead off the National League’s half of the 12th inning with a home run, giving the NL a 6-5 victory over the American League on July 12, 1955.

Down 5-0 at one point in the game, it was the National League’s ninth victory over the American League in 22 games played between the leagues’ best ballplayers.

“I knew it was gone when I connected,” Musial told the Chicago Tribune after the game. “Funny thing, I’d gone up there just determined to get on base.” 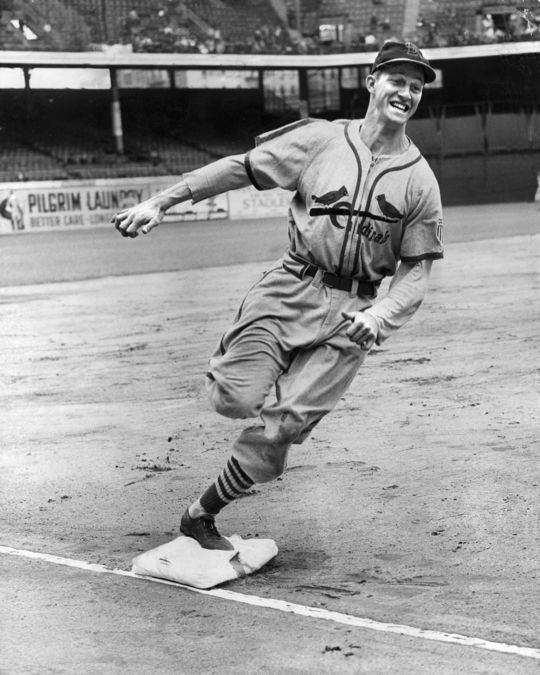 Stan Musial played in St. Louis for his entire 22-year-career, totaling 1,815 hits at home and 1,815 hits on the road. (National Baseball Hall of Fame and Museum)

Going into the seventh inning, the NL trailed the AL 5-0 and had only notched four hits in the game at that point. A series of singles and walks that began with future Hall of Famers Willie Mays and Hank Aaron gave the NL two runs in the bottom half of the seventh.

Four more singles in the eighth inning tied the score at 5, sending the game into extras for only the second time in history.

Until Musial sent a baseball into the stands in the 12th inning, the NL only had one extra base hit in the game – a double by the Reds’ Ted Kluszewski in the 5th inning.

Musial’s home run was his fourth in an All-Star Game, making him the all-time leader. He would end his career with six long balls in the Midsummer Classic, two more than Ted Williams and Fred Lynn, who are tied for second on the list with four apiece.

“I’d swung at a couple of bad balls earlier in the game,” Musial said after his home run. “That’s the way it goes. You hit homers sometimes when you’re not swinging for the fences.” 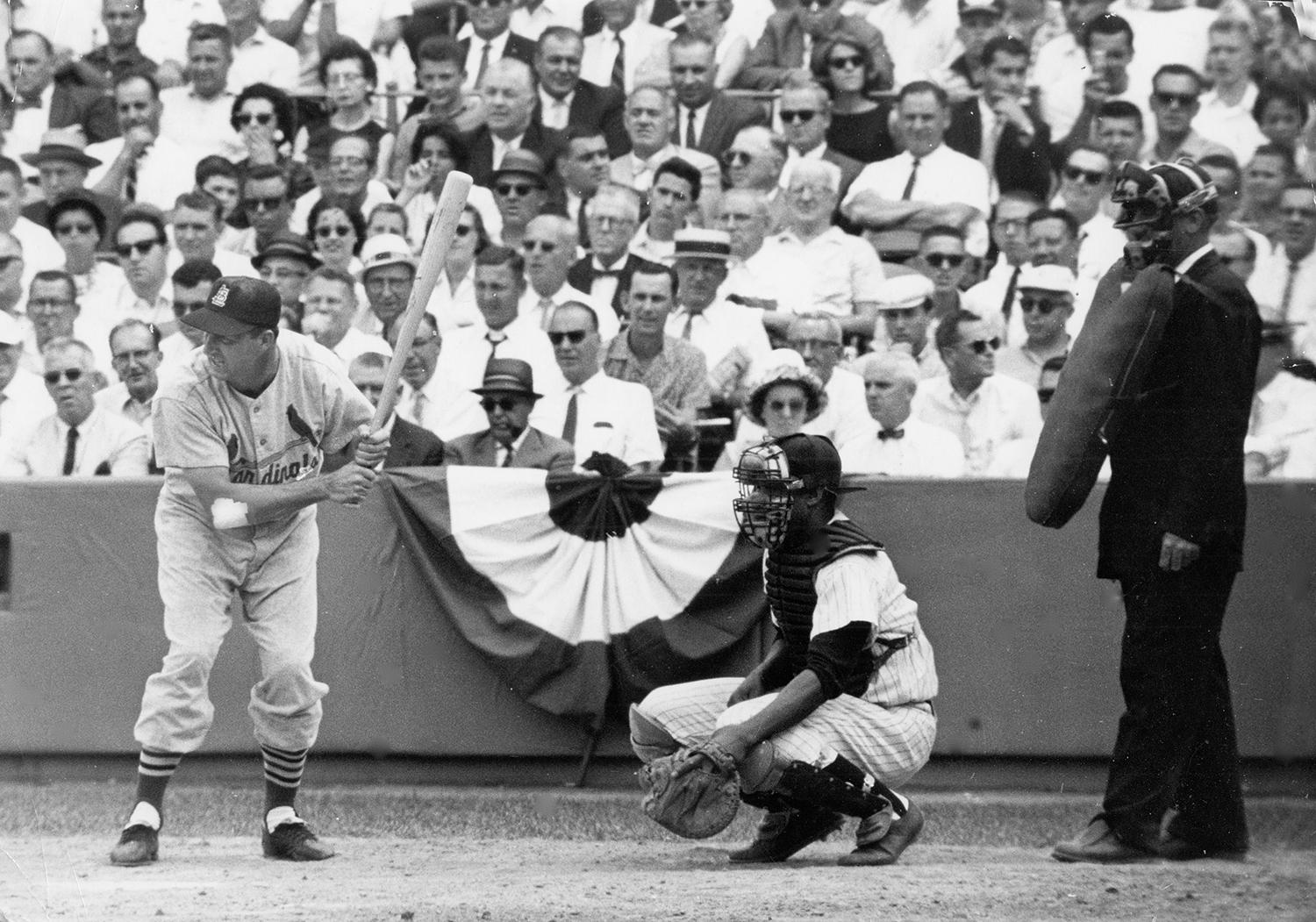 Stan Musial, pictured above at the 1961 Midsummer Classic, retired with 24 All-Star Game appearances, tied for second most in baseball history with Willie Mays. (National Baseball Hall of Fame and Museum)

Originally signed to the Cardinals as a pitcher, Musial helped shape the St. Louis Cardinals franchise into a National League powerhouse. After a shoulder injury ended his pitching career, the outfield of Busch Stadium became home for the eventual seven-time NL batting title champion.

Known as the backbone of the Cardinals, Musial was seen as an even better person off the field. A member of the U.S. Navy and a Presidential Medal of Freedom winner, his passion and love not only for the game of baseball, but also for his country and for people, transcends time.

“I love to play this game of baseball. I love putting on this uniform.” Musial said.

Even with all his accolades, Musial’s 1,815 hits at home and 1,815 hits on the road is perhaps his most impressive statistic, truly showcasing his consistent 22-year career with St. Louis.

Stan “The Man” Musial retired with 24 All-Star Game appearances, tied for second most with Willie Mays. Both men trail only Hank Aaron, who played in 25 Midsummer Classics.

The three-time NL MVP was elected to the Hall of Fame in 1969. 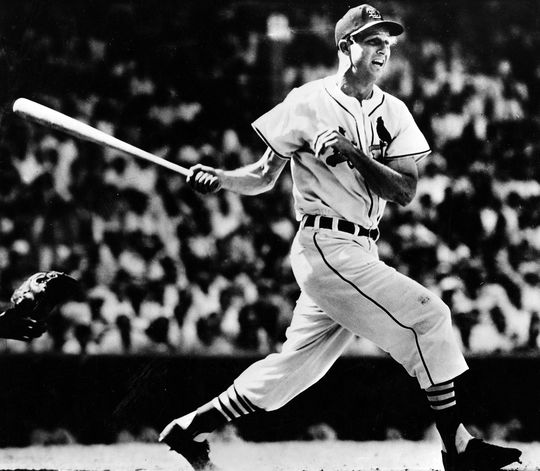 Despite an unorthodox batting stance, Stan Musial finished his career with a batting average of .331 and 3,630 hits. (National Baseball Hall of Fame and Museum)