A rare all-around athlete and baseball player, Andre Dawson’s abilities with the bat, on the base paths and in the field secured his place in Cooperstown.

That athletic ability also guaranteed him a spot in the record books. With a first-inning steal against the New York Mets on Sept. 22, 1990, Dawson joined Willie Mays and Bobby Bonds as the only members - at that time - of baseball’s 300-steal, 300-home run club.

Dawson burst on to the major league scene with the Montreal Expos as a 22-year-old rookie in 1977. He earned National League Rookie of the Year honors after hitting .282 with 19 home runs and 21 stolen bases.

“The Hawk” established himself as one of the league’s premier outfielders over the next several seasons, winning six-straight Gold Glove Awards from 1980-1985. During that period, he finished second in the MVP voting twice and was a three-time All-Star.

Of Dawson, Inside Sports writer Gene Lyons wrote: “No real ballplayer, it seems, could be built so absolutely perfect for speed and power.” 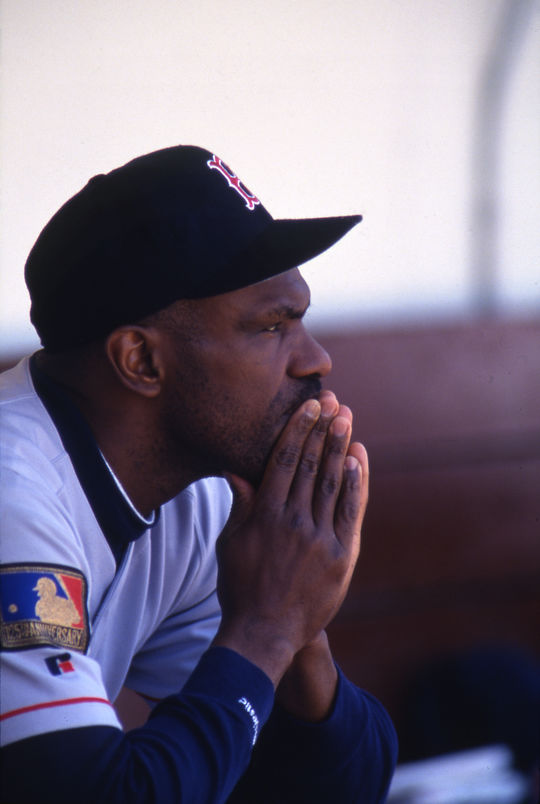 After 10 seasons and with two failing knees that could no longer withstand the daily pounding from Montreal’s artificial turf, Dawson famously signed a blank contract with the Chicago Cubs before the 1987 season. He played for a base salary of $500,000, considerably less than the Expos had paid him the previous season.

Although the Cubs would finish last in the National League East in 1987, Dawson put together a career year during his first campaign in the Windy City. He won another Gold Glove Award and took home the National League MVP Award after posting a .287 average with 49 home runs and 137 RBIs. It was the first time in major league history a player on a last-place team had been named MVP. 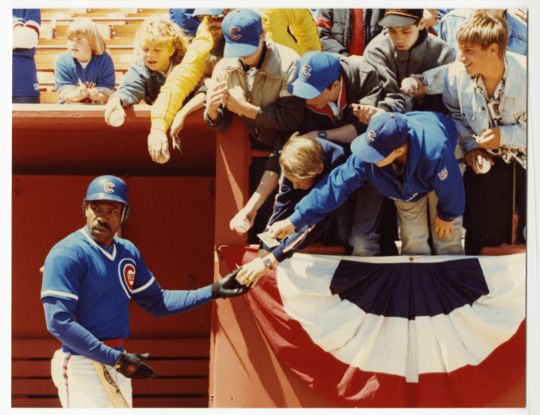 Andre Dawson was elected to the Hall of Fame in 2010. (Doug McWilliams/National Baseball Hall of Fame and Museum)

As a member of the Boston Red Sox on April 15, 1993, Dawson hit his 400th career home run off of Cleveland Indians pitcher Jose Mesa. The milestone placed him alongside Mays as the only members of the 300-steal, 400-home run club at the time.

In addition to his skills, Dawson’s personality and work ethic were admired by many in baseball.

“Dawson is the kind of player other players respect,” Hall of Fame pitcher Tom Seaver said. “He plays equally hard on offense and defense – whether he's hitting well or not. Some guys let up. Every time you see Dawson play, he seems to have the same intensity.”

Dawson was inducted into the National Baseball Hall of Fame on July 25, 2010. 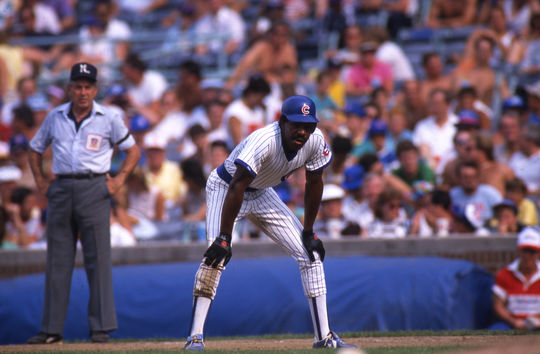 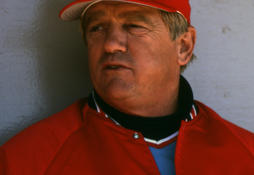