It had been more than 10 years since Connie Mack dismantled his first Philadelphia A’s dynasty in the face of the Federal League challenge and a rough United States’ economy.

But Mack’s fortunes changed when two future Hall of Famers made their A’s debut – ushering in the Tall Tactician’s second dynasty in Philadelphia.

Lefty Grove and Mickey Cochrane both played in their first big league game on April 14, 1925, at Shibe Park in Philadelphia. It would mark the start of the rebirth of the A’s – a team that won three World Series and four American League pennants from 1910-14 but endured 10 straight losing seasons before Grove and Cochrane came on board. 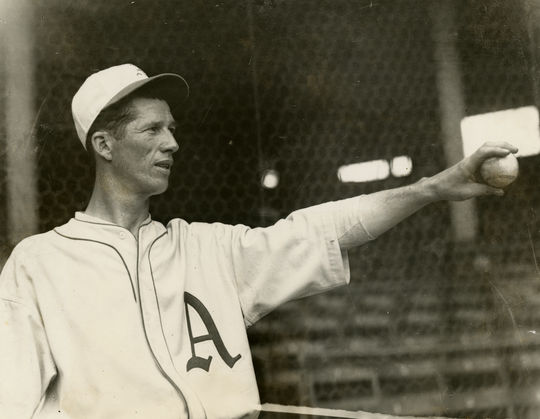 In 17 big league seasons with the Athletics and Red Sox, Lefty Grove posted a record of 300-141 and won a record nine ERA titles. (National Baseball Hall of Fame and Museum)

It would also mark the beginning of two careers that seemed to parallel each other from beginning to end.

Cochrane, a former Boston University standout, needed almost no time to adjust to the big leagues. In his first action, Cochrane delivered a pinch-hit, eighth-inning single to help the A’s rally for what eventually became a 9-8 win over the Red Sox. Grove, however, struggled in his debut – surrendering six hits, four earned runs and four walks in 3.2 innings. But Mack was not discouraged.

In his rookie season of 1925, Grove posted a 10-12 record – the only losing season of his career – while becoming the first AL pitcher to lead the league in walks (131) and strikeouts (116) in the same season. The next year, Grove won the first of his record nine earned-run average titles and led the league with 194 Ks – his second of seven straight strikeout crowns.

“(Grove’s pitches were) so fast that by the time you’d made up your mind whether it was going to be a strike or a ball, it just wasn’t there anymore,” said Hall of Fame second baseman Charlie Gehringer. 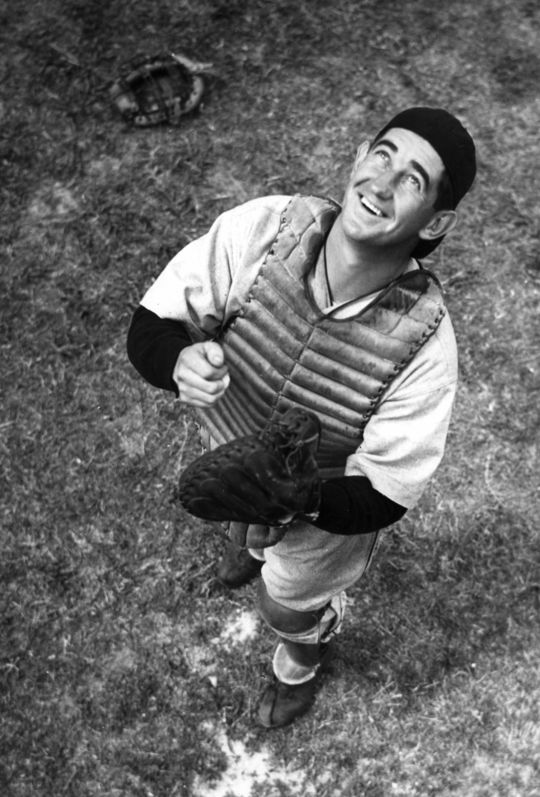 Mickey Cochrane hit .320 during his 13-year career with the Athletics and Tigers, winning AL Most Valuable Player Awards in 1928 and 1934. (National Baseball Hall of Fame and Museum)

With Grove and Cochrane in the fold, Mack led the A’s to a second-place finish with an 88-64 record in 1925. Mack’s White Elephants would finish above .500 for nine straight seasons (1925-33), winning World Series titles in 1929 and 1930 and another AL pennant in 1931. But following the 1933 season – with the Great Depression engulfing America – Mack felt he could not afford to keep his juggernaut together. 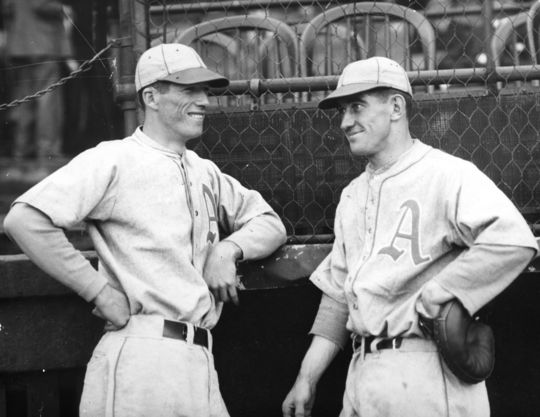 Future Hall of Famers Lefty Grove (left) and Mickey Cochrane both debuted in the major leagues on April 14, 1925. (National Baseball Hall of Fame and Museum)

Upon the trade, Cochrane became the Tigers’ manager and led Detroit to an AL pennant in 1934 and the World Series title in 1935. He finished 10th in the inaugural Baseball Writers’ Association of America Hall of Fame vote in 1936 – the only regular active player to crack the top 10 – and would be elected to the Hall in 1947.

Grove battled injuries in his first year with the Red Sox in 1934, but bounced back to win four ERA titles in the next five years en route to a career record of 300-141. Just like Cochrane, Grove was elected to the Hall of Fame in 1947.

Mack, who remains baseball’s all-time winningest manager with 3,731 victories, was elected to the Hall of Fame in 1937. 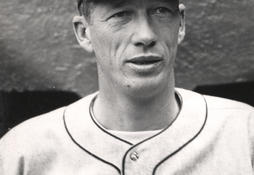