Though he wouldn’t have admitted the pressure he felt beforehand, a weight was lifted off Derek Jeter’s shoulders on July 9, 2011.

The future Hall of Famer entered the game against the Rays that day with 2,998 career hits, and only two games left in the homestand if he wanted to get his 3,000th at Yankee Stadium.

“I felt like I was pressing to [hit No. 3,000] here [at home],” Jeter told the Journal News. “I’d been lying for quite some time about not feeling the pressure.”

Facing Tampa Bay’s up-and-coming star, David Price, he made quick work of getting the milestone out of the way.

After singling in the first for hit No. 2,999, Jeter stepped to the plate with one out in the bottom of the third, the Yankees trailing 1-0. As he battled through a lengthy at-bat against Price, the crowd of 48,103, already on its feet, began to stir with anticipation, breaking into a chant of “De-rek Je-ter,” as the count ran full.

The eighth pitch of the at-bat from the southpaw was a 78-mph breaking ball, down and in, and Jeter didn’t miss. He crushed it to left, and Yankee Stadium erupted.

“Everybody knows Derek is not a home run hitter,” Jeter’s father, Dr. Charles Jeter, who was in attendance that day, told YES Network. “To get it with a home run, a little extra bang there, it was great. Just super.” 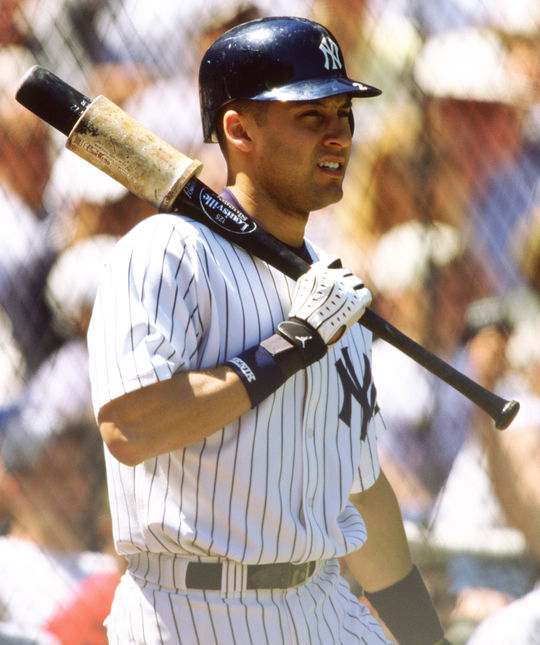 Derek Jeter was just the second player to record his 3,000th hit on a homer, following fellow Hall of Famer Wade Boggs in 1999. (Ron Vesely/National Baseball Hall of Fame and Museum)

Once the ball went out, the Yankees poured out of the dugout. Catcher Jorge Posada was the first to hug Jeter at home plate once he finished rounding the bases. Even the Rays emerged from the visiting dugout to give a round of applause. After retreating to the dugout, Jeter emerged once more to give the crowd a curtain call. Nearly five minutes of celebration passed before another pitch was thrown.

Jeter had become just the second player to record his 3,000th hit on a homer, following Wade Boggs, who accomplished the feat in 1999.

Jeter would finish the day a perfect 5-for-5, with a double, three singles and a homer. His final hit of the day – career No. 3,003 – was an RBI single that gave New York a 5-4 lead going into the ninth. Closer Mariano Rivera finished the job, tossing a 1-2-3 ninth to lock down the save.

“If I would have tried to have written it and given it to someone, I wouldn’t even buy it to be quite honest with you,” Jeter told the Herald-News. “It was just one of those special days.” Derek Jeter became the first player in history to record his 3,000 hits entirely in a Yankee uniform. (Brad Mangin/National Baseball Hall of Fame and Museum)

Also in attendance for the big day was Jeter’s former manager Joe Torre, then the executive vice president of baseball operations for MLB. Torre arranged a congratulatory call between Jeter and commissioner Bud Selig, and then got the chance to catch up with his former shortstop after the game.

“I just told him how proud I was,” Torre told the Daily News. “He’s always been the guy who’s been able to rise to the occasion. And this is not an easy city to play in.”

Remarkably, Jeter was the first ever to record his 3,000 hits entirely in a Yankee uniform.

“You’re talking about Babe Ruth to Yogi Berra and DiMaggio, Mickey Mantle and all those guys, and none of them have 3,000,” Rivera said. “And here comes Jeter for so many years and today to go 5-for-5, I don’t think the organization can be more happy than that.” 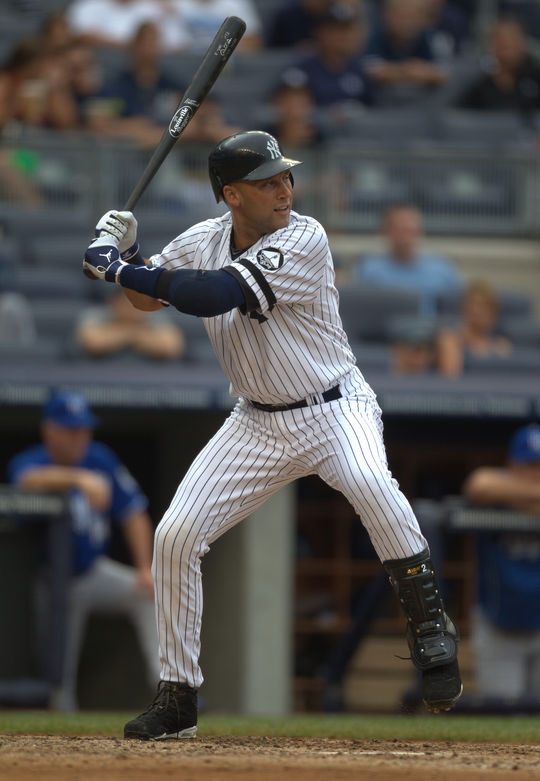 On July 9, 2011, Derek Jeter recorded his 3,000th hit via a solo homer, going 5-for-5 in the Yankees' win over the Rays. (Brad Mangin/National Baseball Hall of Fame and Museum)

It was the culmination of a career for Jeter, who was then in his 17th season wearing the iconic pinstripes of the team that drafted him sixth overall in 1992.

“The thing that means the most to me is that I’ve been able to get all those hits in a Yankee uniform,” Jeter said. “No one’s been able to do that before, which is hard to believe. I’ve grown up with these fans. They’ve seen me since I’ve been 20 years old.” 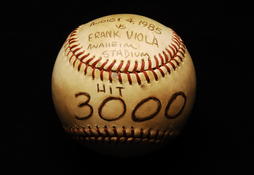 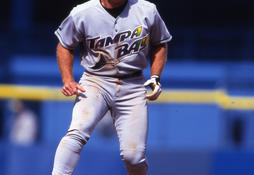