Among the players, executives and umpires who have been enshrined in baseball’s Hall of Fame, it’s doubtful that few, if any can match the remarkable career of Larry MacPhail.

MacPhail was a baseball innovator who introduced night baseball and airline travel to the game, working with the Reds in the 1930s before moving to the Dodgers. But on Jan. 25, 1945, MacPhail, along with two partners, Dan Topping and Del Webb, pulled off a coup by acquiring the Yankees from the estate of Jacob Ruppert.

Ruppert, a bachelor, had willed his property to three women following his death in 1939, and by mid-1944 the bankers who were executors of the estate decided to sell the ballclub.

During World War II, MacPhail relinquished his post as head of the Dodgers to become an Army colonel, and in the course of his travels had encountered John Hertz, the Chicago taxicab tycoon and owner of thoroughbred race horses. 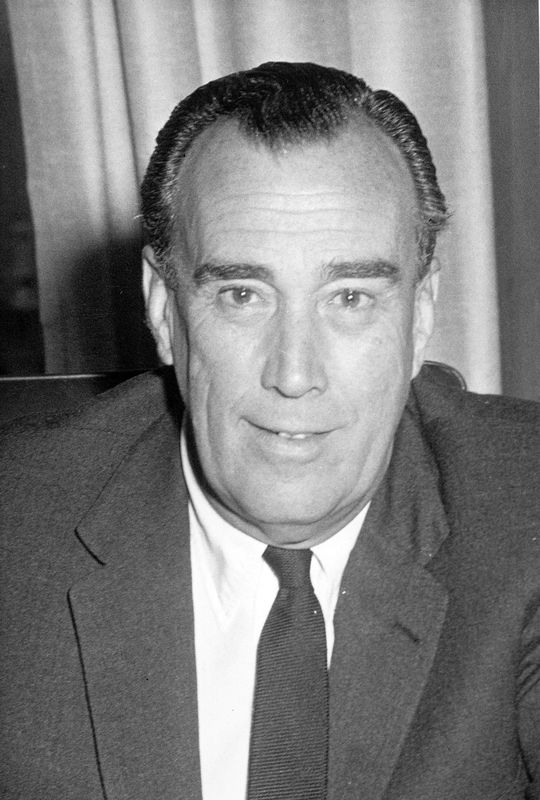 Dan Topping partnered with Larry MacPhail and Del Webb to purchase the Yankees in 1945. (National Baseball Hall of Fame and Museum)

“Why don’t you buy the Yankees?” Hertz asked MacPhail.

“I don’t have that kind of money,” MacPhail shrugged. “I can take care of that,” Hertz replied. “Go to New York and make a deal.”

MacPhail met with the bankers, who asked if MacPhail had enough money.

MacPhail suggested the bankers phone the Lehman Brothers investment bankers, and the response to the call was, “We will underwrite any contract Mr. MacPhail signs.”

That satisfied everyone, and MacPhail was scheduled to return in a few days to close the deal. Meanwhile, he phoned Commissioner Kenesaw Mountain Landis to obtain approval.

But Landis ruled that the sale would not be allowed. 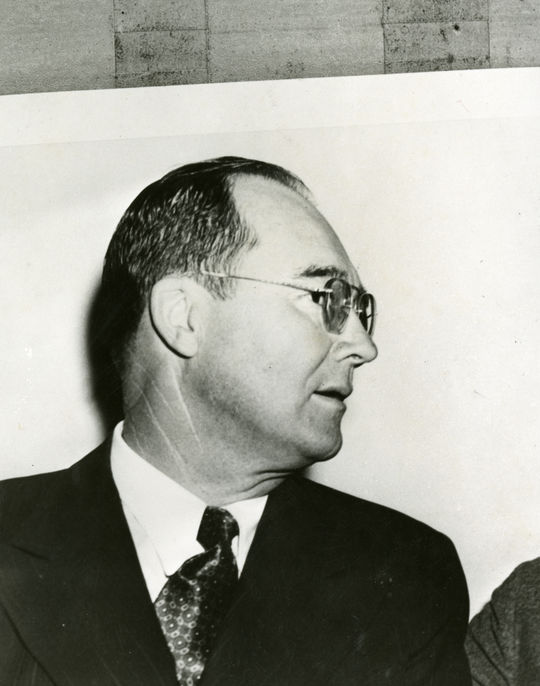 About the same time, the bankers notified MacPhail that litigation over the Ruppert estate would delay the ballclub sale.

Almost a year went by before MacPhail received word, while he was in Paris, that the New York bankers wanted to see him. When he returned from abroad, he walked into the conference room and immediately signed papers for the club.

As MacPhail recalls, he walked around the corner and said to himself: “I own the Yankees and I have no idea how I’m going to pay for them.” 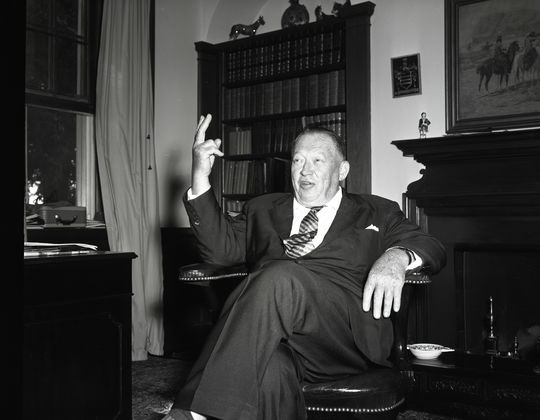 Larry MacPhail bought the Yankees with Dan Topping and Del Webb prior to the 1945 season. Two years later, MacPhail led the Bronx Bombers to the World Series. MacPhail was elected to the Hall of Fame in 1978. (National Baseball Hall of Fame and Museum)

Just then, the door opened and a Marine captain entered. It was Dan Topping, who was home on leave from the Pacific. MacPhail knew him from when they served in the military; Dan had told MacPhail that if he returned to baseball, he would like to be his partner.

Topping hadn’t changed his mind, but the $2.8 million needed was beyond his cash flow at the moment. They were referred to Webb, a real estate developer in Phoenix.

A few days after MacPhail and Topping contacted Webb, the necessary funds had been transferred. And this time, it was approved.

MacPhail’s tenure in Yankee Stadium was brief and profitable. In October 1947 – following the Yankees’ first World Series victory in four years – MacPhail was involved in a dispute with his partners, and the following morning, Topping and Webb purchased his shares for $1.75 million. 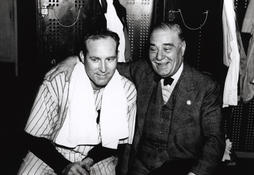