He spent only a short time in the majors, but Leroy “Satchel” Paige had a huge impact on the history of America’s National Pastime.

On July 9, 1948, Paige debuted with the Cleveland Indians after spending nearly 20 years barnstorming and playing in the Negro leagues.

A prolific workhorse before signing with Cleveland, Paige pitched in hundreds of games a year at his peak – traveling from town-to-town in search of paydays and competition.

In 1934, Paige faced off against Hall of Famer Dizzy Dean in an exhibition game. 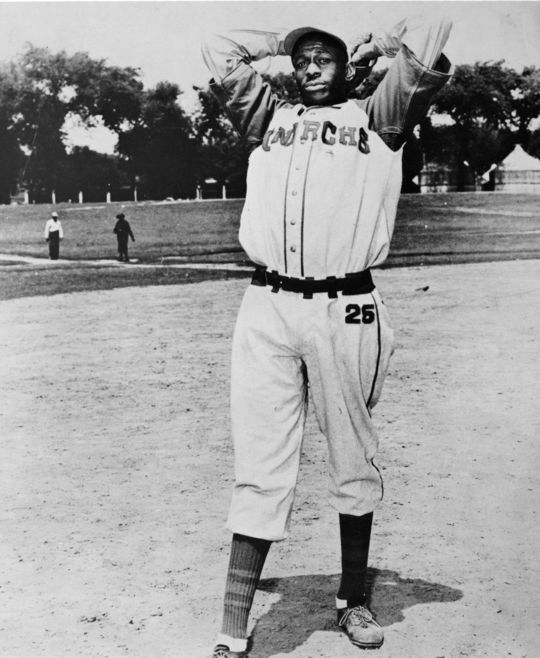 Never sure of his age, some estimated Paige to be in his 50s upon his arrival in Cleveland. Officially listed as 42, the oldest rookie in major league history helped the Indians capture the 1948 pennant by compiling a 6-1 record while appearing in 21 games.

“Age is a question of mind over matter,” Paige once said. “If you don’t mind, it don’t matter.”

Paige spent two years in Cleveland before returning to the Negro leagues for the 1950 season. After Veeck purchased the St. Louis Browns in 1951, he signed Paige to his new team. Paige would go on to pitch for the Browns during three campaigns, earning All-Star honors in 1952 and 1953.

After the 1953 season, the Browns released Paige and he jumped in and out of baseball for the next decade. 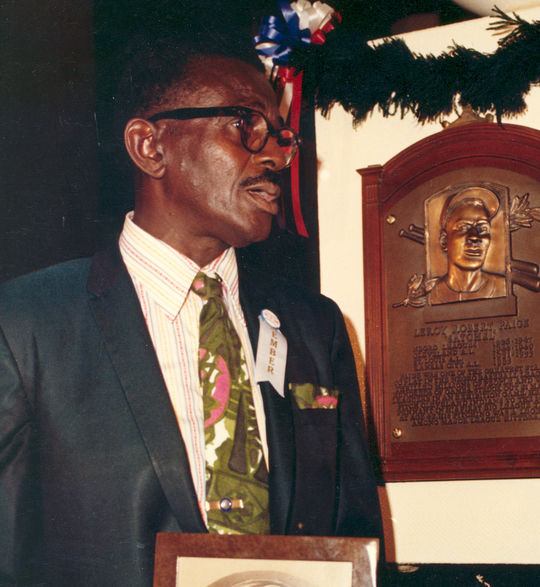 Satchel Paige was elected to the Hall of Fame in 1971, becoming the first Negro Leaguer to earn election. (National Baseball Hall of Fame and Museum)

In 1965, the Kansas City Athletics signed the then 59-year-old Paige for a single game. Appearing against the Boston Red Sox on Sept. 25, Paige surrendered only one hit over three scoreless innings of work. Not yet finished with baseball, he hurled two innings for the Peninsula Grays of the Carolina League in 1966 before finally ending his professional career. 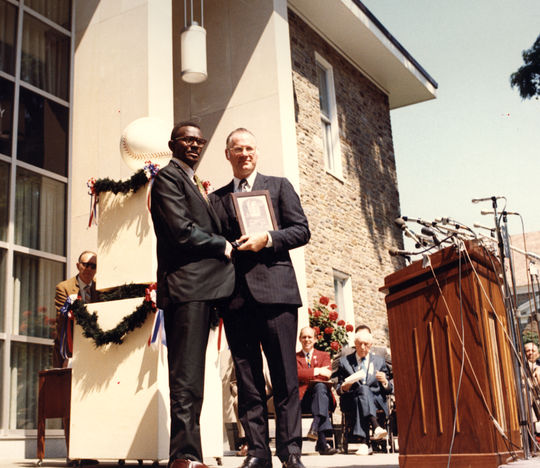 He was elected to the National Baseball Hall of Fame in 1971 as the first of seven players selected by the now-defunct “Committee on Negro Baseball Leagues” from 1971-1977.

A statue of Paige stands in Cooper Park outside of the Hall. Cast in 2006, Paige’s likeness honors, “all those who contributions to the National Pastime were too long diminished because of the color of their skin.” 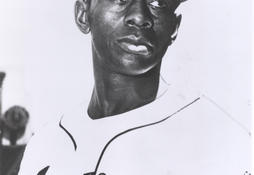 Satchel Paige made history on Feb. 9, 1971, when he became the first Negro Leagues player nominated to the Hall of Fame.