By 1980, Nolan Ryan had established himself as a strikeout machine, possessing a fastball in the triple digits, a workhorse body and the mentality to challenge hitters.

On July 4, 1980, the Astros righty joined an elite group of pitchers when he struck out Cesar Geronimo of the Reds to become just the fourth hurler to reach the 3,000 strikeout mark.

The 33-year-old Ryan came into the game sitting on 2,997 career strikeouts. In the bottom of the first, he fanned Ken Griffey Sr. and Dan Driessen to push the total to 2,999. In the bottom of the second inning, Ryan walked Ray Knight to lead off the inning, bringing up Geronimo. On a 1-2 count, Ryan induced a swing and a miss by Geronimo for No. 3,000. Geronimo had already had the prior distinction of striking out for Bob Gibson’s 3,000th.

“Tonight I knew he needed four (strikeouts to reach 3,000), so I was thinking about it. I was just in the right place at the right time,” Geronimo told the Associated Press after the game. 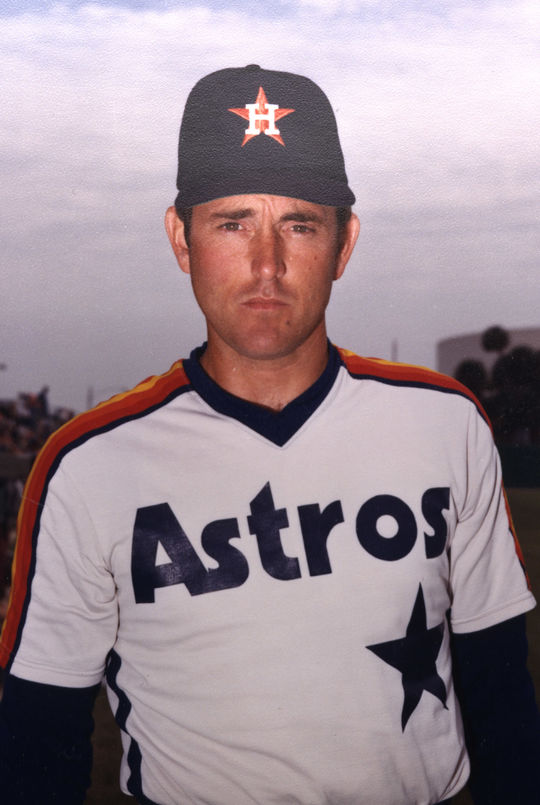 Nolan Ryan signed with the Houston Astros as a free agent on Nov. 19, 1979, and pitched for Houston for nine seasons. (National Baseball Hall of Fame and Museum)

Ryan received a standing ovation from the fans at Riverfront Stadium as play was stopped. Astros catcher Allen Ashby went to the mound to give the ball to Ryan in celebration. Unfortunately for Ryan, the celebration was short-lived as Charlie Leibrandt singled two hitters later to plate two runs. The fireballer was touched up for six runs over 4 1/3 innings, receiving the loss.

“Obviously getting beat takes the edge off the 3,000,” Ryan said to the Washington Post after the game. “I was certainly aware of it before the game but I went out just trying to win and pitch well. I didn't do either.”

Leibrandt, a 23-year-old rookie at the time, bested the 14-year veteran Ryan, throwing a complete game, four-hitter for his eighth win of the season.

“I was just thrilled to be a part of it,” Leibrandt told the Associated Press. “Before the game I was worried I would be number 3,000.” 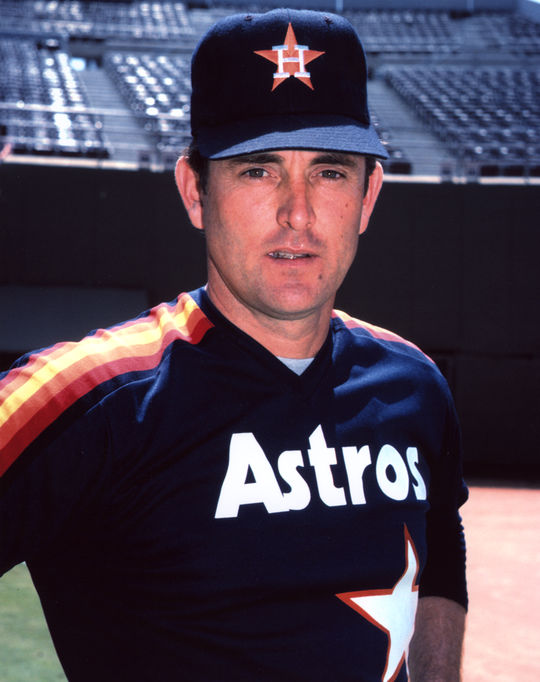 After a 27-year big league career with the Mets, Angels, Astros and Rangers, Nolan Ryan was elected to the Hall of Fame in 1999. (Lou Sauritch/National Baseball Hall of Fame and Museum)

The Refugio, Texas, native finished his career with 5,714 strikeouts, the most all-time. Only fellow Hall of Famer Randy Johnson has come within 1,000 of Ryan’s record. Ryan led the league in strikeouts 11 times, while finishing with 200-or-more 15 times.

Ryan wrapped up his 27-year Major League career with 324 wins and a 3.19 ERA. He holds the MLB record for most no-hitters with seven.

In 1999, Ryan was elected to the Hall of Fame, receiving 98.8 percent of the vote by the Baseball Writers’ Association of America. 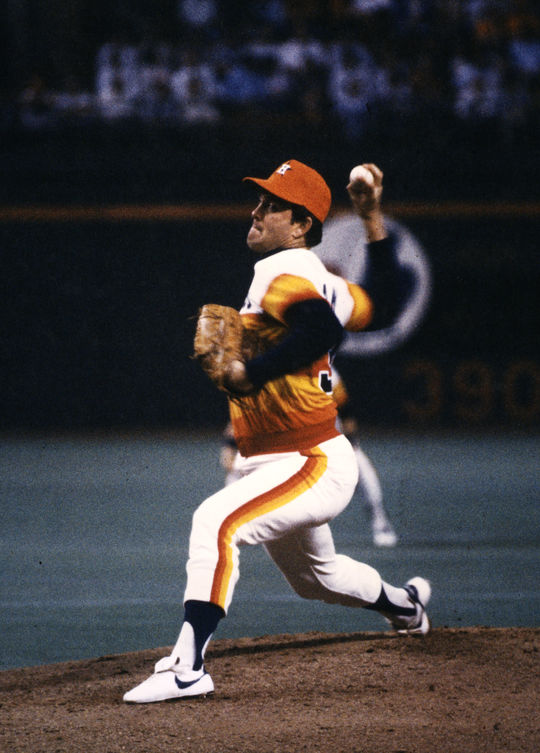 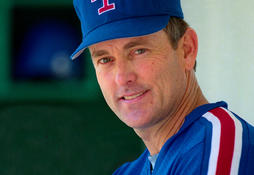 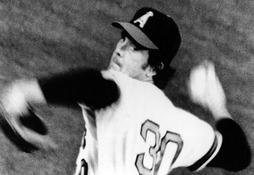