Mexican baseball a source of pride south of the border

Baseball history is rife with situations where an underrated, undermanned team manages an upset victory, or where a less-heralded batter or pitcher comes up big against a superstar.

So, too, is world history.

In 1861, unable to pay its foreign debts, Mexican President Benito Juárez declared that all payments would be suspended temporarily. Though the Mexican government was able to reach agreements with the United Kingdom and Spain, it was not able to do so with France. French naval forces landed at Veracruz, and about 8,000 soldiers moved on toward Mexico City.

Near the town of Puebla, the French faced stiff resistance from a Mexican army with half the manpower and lacking the necessary equipment and training. On May 5, 1862, the Mexicans defeated the French, considered one of the most formidable armies in the world.

Cinco de Mayo has taken on a new meaning in the United States, where it serves as an opportunity to celebrate Mexican culture and contributions.

At the time the Mexican army held off the French at Puebla, the United States was going through its own conflict, the Civil War.

Baseball was making significant inroads in the United States prior to its Civil War and would continue to grow during the conflict.

Although it is up for debate, some sources say that baseball made its way to Mexican soil as a result of American military forces participating in the Mexican-American War between 1846 and 1848. The later decades of the 1800s proved beneficial for the rise of baseball, as American companies invested in various parts of the Mexican economy and their employees spread the game.

By 1925, interest in baseball was high enough among Mexicans that sportswriter Alejandro Aguilar Reyes and his friend, baseball player Ernesto Carmona, founded the Mexican League. Eventually, Mexican baseball fields became a safe haven for African-American teams. Many went south of the border, as they would not find segregation there and would receive better treatment. Willie Wells, inducted to the Baseball Hall of Fame in 1997, was among those who sought opportunities in the Mexican League. 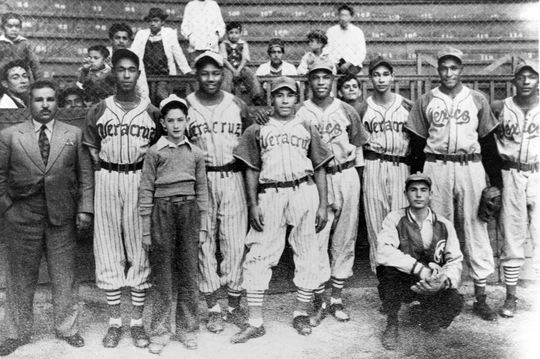 Players from the Veracruz team in Mexico. Future Hall of Famer Josh Gibson (fourth on left) and Ray Dandridge (next to Gibson).

On Sept. 8, 1933, Baldomero Melo “Mel” Almada became the first Mexican-born major leaguer when he played center field for the Boston Red Sox. Almada was born in Huatabampo, in the state of Sonora, but grew up in Los Angeles, where his father was consul for the Mexican government. Almada spent seven seasons in the major leagues, playing for the Red Sox, Senators, Browns and Dodgers. His brother, Lou, also played professional baseball, spending ten years in the Pacific Coast League and one in the Eastern League.

Nearly 16 years after Mel Almada’s major league debut, a pinch runner began an 11-year major league career. Roberto “Bobby” Avila was sent to second base to run for Hal Peck by Cleveland manager Lou Boudreau on April 30, 1949. Avila, from Veracruz, would go on to hit .281 in 1,300 games as a second baseman for the Indians, Orioles, Red Sox and Braves. During Cleveland’s pennant-winning 1954 season, Avila led the American League with a .341 average, becoming the majors’ first Latin American batting champ.

Following his playing career, Avila went into politics, serving on the national and local levels in Mexico. 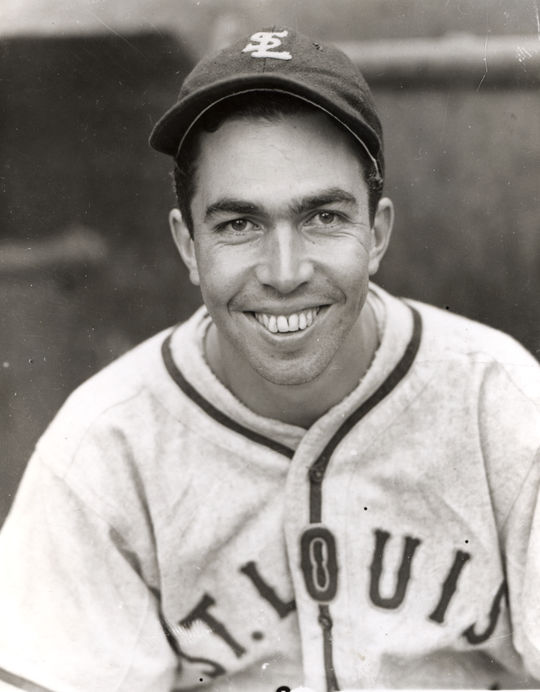 At the start of the 2015 season, Baseball-Reference.com lists 115 Mexican-born major leaguers, but amateur baseball teams have also made strides in Mexico, particularly Little League.

In the summer of 1957, a Little League team from the city of Monterrey, Mexico, a baseball hotspot, visited McAllen, Texas, on a three-day visa to compete in a local baseball tournament. Several weeks – and an emergency visa extension – later, the team was crowned Little League champions.

Following their victories in Texas, and representing the South Region, the Monterrey youngsters defeated a team from Bridgeport, Conn., and then shut out a La Mesa, Calif., team to clinch the title. Even better, Angel Macias, the ambidextrous pitcher for Monterrey, threw the first perfect game in Little League World Series history to beat La Mesa. The Mexican squad won in the first year the LLWS was opened up to teams outside the United States and Canada.

Industrial Little League of Monterrey achieved back-to-back LLWS titles in 1958, defeating Kankakee, Ill. This year, however, the Monterrey team had to advance through the Mexican championship and the Latin American championship. Future major leaguer Hector Torres played for Monterrey.

In 1981, baseball – particularly in Southern California – was gripped by Fernandomania. Toward the end of the 1980 season, the Los Angeles Dodgers called up Fernando Valenzuela, a Etchohuaquila, Mexico, native who had been starring for their Double-A minor league affiliate in San Antonio. Though he showed brief glimpses of future success, no one could have foreseen the 20-year-old southpaw winning his first eight starts in 1981, which include five shutouts. 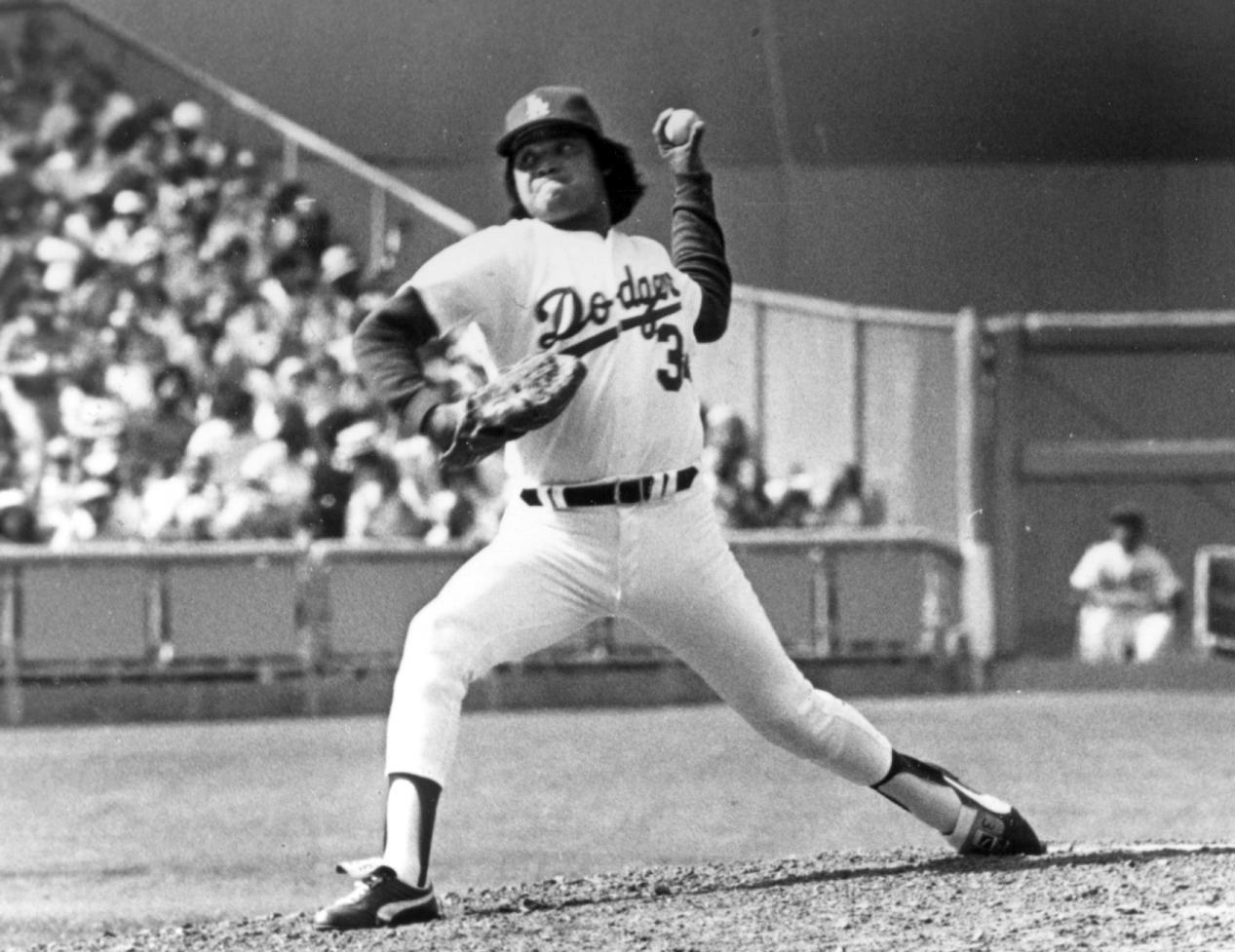 By the end of the year, the Dodgers had won a World Series championship, and Valenzuela added a Cy Young Award and a Rookie of the Year Award to his collection. Valenzuela had also tied a nearly 70-year-old record when he notched his eighth shutout as a rookie.

Dodgers Spanish-language broadcaster Jaime Jarrin, the 1998 recipient of the Ford C. Frick Award, explained the importance of Valenzuela and Fernandomania among Latinos.

“I truly believe that there is no other player in major league history who created more new fans than Fernando Valenzuela,” Jarrin said. “Fernando turned so many people from Mexico, Central America, South America into fans. He created interest in baseball among people who did not care about baseball.”

Mel Almada, who would go on to manage in Mexico, predicted the success of someone like Valenzuela, telling reporters “that someday we were going to see a boy from one of those ejidos (agricultural land outside of a village, farmed communally by the villagers) make it in the major leagues. They laughed at me, but here he is.”

Fifteen years after Fernandomania, Major League Baseball scheduled a series in Monterrey between the San Diego Padres and the New York Mets. This would mark the first time a regular season major league game would take place outside of the United States and Canada. At the time, Monterrey had shown interest in acquiring an expansion team.

Getting the ball in the series opener for the Padres was Valenzuela, and San Diego manager Bruce Bochy knew he could count on crowd support.

“With Fernando pitching we’re going to feel like the home team,” Bochy mentioned prior to the game.

Though a high-scoring affair – the Padres won 15-10 – Valenzuela pitched a solid six innings and picked up the win. The atmosphere was described as festive, with a six-piece band situated by the Padres’ dugout, fireworks and clowns. During pre-game introductions, Valenzuela received raucous support from his home country.

“I think it’s very great for the fans and for Mexico,” Valenzuela said. “For me, it’s very nice to come back and pitch in this park.

“All the fans were strong. There was a lot of support. I think that’s great. That made me feel good and want to try to keep my career going.” 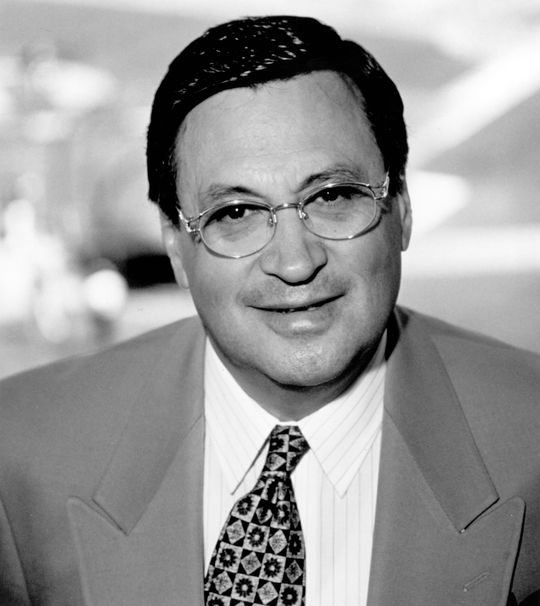 Mexico continues to impress on the world stage. Mexican clubs have won three of the past five Caribbean Series. The nation has a total of eight Caribbean Series titles, including five in the past 15 years.

Mexico has also played in all three World Baseball Classic tournaments, finishing as high as sixth place in 2006. In 2009, Mexico City hosted pool play, with Mexico advancing along with Cuba.

The Mexicans have won four bronze medals in baseball at the Pan American Games, including as recently as 2007. They have been regular competitors in that tournament.

So, as everyone celebrates Cinco de Mayo this year, it is important to remember that Mexico is consistently victorious on the baseball field, just as it prevailed on the battlefields of history. 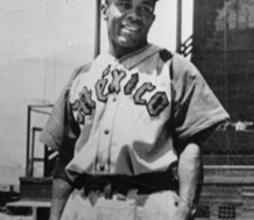 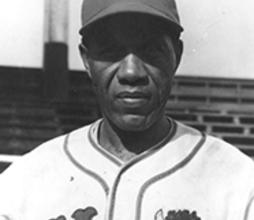 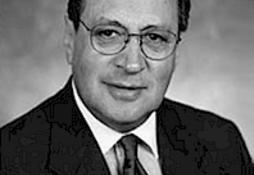