#Shortstops: A chance to play the game

Part of the SHORT STOPS series
Written by: Meaghann Campbell

Could Dorothy “Kammie” Kamenshek have been the first woman to play Major League Baseball? It’s a question that has challenged sports writers since the days of the All-American Girls Professional Baseball League (AAGPBL).

The only child to immigrant parents, Dorothy “Kammie” Kamenshek, the first basemen for the Rockford Peaches from 1943-51, and 1953 was an awe inspiring player. She was named to seven All-Star teams and won the batting crown twice in her decade playing for the AAGPBL. Spurred on by her personal motto “anything less than my best is failure,” Kamenshek was the league’s career leader in hits (1,090), putouts (10,440) and double plays (360). She came in second in at-bats (3,736) and runs scored (667). Extraordinarily, she only struck out 81 times in her career. With these stats, is it any wonder that she attracted national attention?

Wally Pipp, a former first baseman for the New York Yankees called Kammie “the fanciest fielding first baseman I’ve ever seen, man or woman.” Wally’s words made baseball fans across the nation sit up and take notice of Kamenshek.

It didn’t take long for a minor league ball club in Fort Lauderdale, Fla., in the Class B Florida International League to contact her and the AAGPBL.

They wanted Kammie to play on a men’s team, something that had never been done before. She felt that her baseball skills could hold up against any man, although her competitors would on average stand more than half a foot taller than her and be at least 60 pounds heavier.

Though it was a legitimate offer, Kamenshek felt that it seemed more of a publicity stunt. She knew it would have been a unique opportunity, and she was sure to draw crowds, but she was already doing that at the Peach Orchard in Rockford.

Not to mention that the AAGPBL was paying her more (officially, and unofficially) than the men’s minor league team would.

Even if Kamenshek would have decided to move to Fort Lauderdale and pursue men’s professional baseball, it is highly unlikely that Fred Leo, president of the AAGPBL at the time, would have allowed her to leave.

In his eyes, allowing one of the league’s best players to move would have been crazy.

A sports writer at the time said “it was probably no exaggeration to say that Kamenshek is one of the really great woman athletes in the country.”

Sports Illustrated cemented Kammie’s role in sports history as No. 100 on the list of “100 Greatest Female Athletes of the 20th Century.” 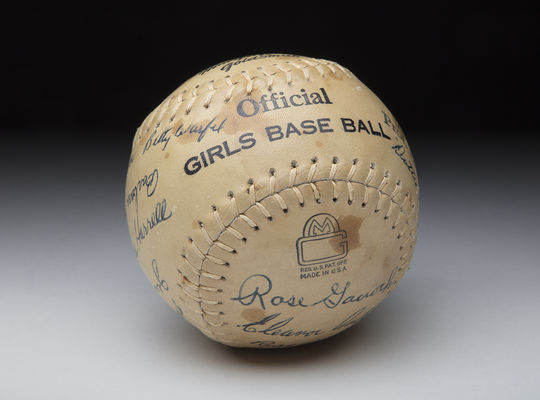 Members of the 1948 Rockford Peaches, including Dottie Kamenshek, autographed this baseball, now preserved in the Hall of Fame collection. PASTIME (Milo Stewart Jr./National Baseball Hall of Fame and Museum) 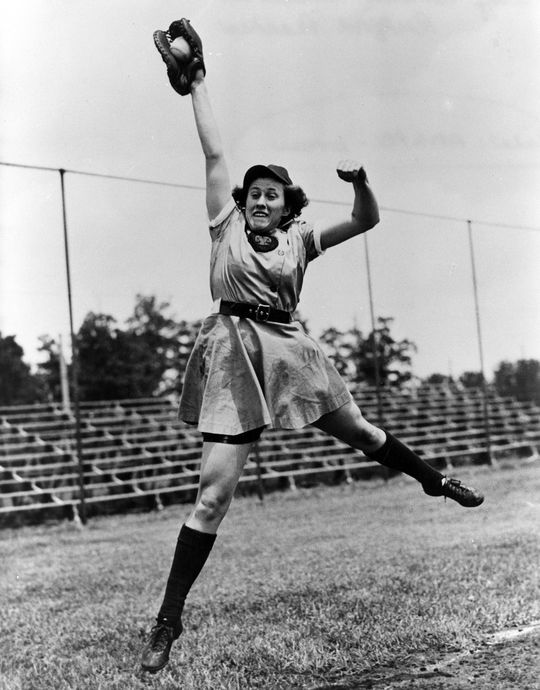 Dottie Kamenshek led the AAGPBL in putouts (10,440) and double plays (360) during her nine-year career. (National Baseball Hall of Fame and Museum) 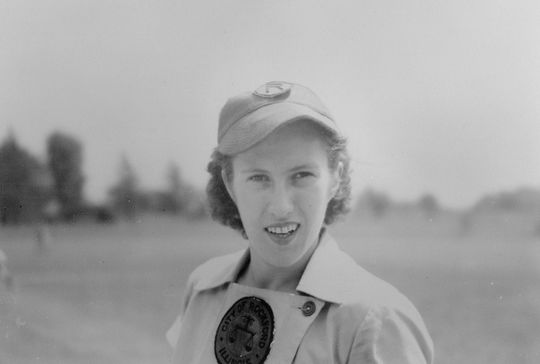 Dottie Kamenshek played for the Rockford Peaches from 1943-51, and in 1953. (National Baseball Hall of Fame and Museum)