Part of the POP UPS series
Written by: Andrew Bevevino

On the afternoon of April 29th, 2015, The Star-Spangled Banner played over the loud speakers at Camden Yards as the Baltimore Orioles and the Chicago White Sox prepared to square off in an American League game. But for the first time in major league history, no fans were in the stands to hear it.

In the wake of the Freddie Gray civil unrest in Baltimore, officials closed the game to the public, both for the safety of the fans and to allow Baltimore law enforcement to effectively focus its resources. The only individuals in attendance were the media, a small group of scouts and security. A vast span of empty seats sprawled across the stadium with nothing but the echoes of the lonely game to fill them.

Despite the desolate atmosphere, the traditions of the game persisted. Players were announced as they approached the batter’s box, music filled the stadium between innings and John Denver's “Thank God I'm a Country Boy” still played during the seventh inning stretch. But even though some of the game’s customs carried on, participants couldn’t help but notice how strange it all was. 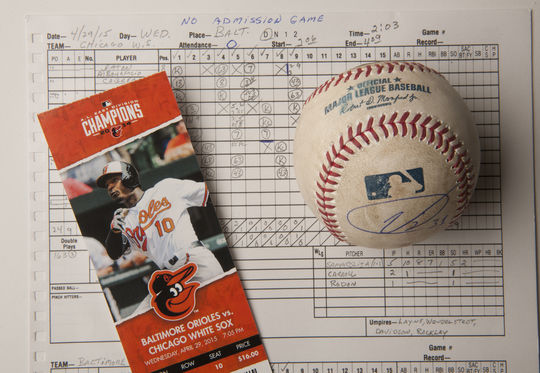 “It was just a surreal environment. I really don’t think we want to play another one like this. I don’t think they do either.”

“It was just a surreal environment,” said White Sox manager Robin Ventura. “I really don’t think we want to play another one like this. I don’t think they do either.”

For the White Sox, this was certainly true. The Orioles cruised to an easy 8 – 2 victory as their offense roughed up Chicago pitcher Jeff Samardzija, who hadn’t allowed a run in his last ten innings before the game. “In baseball, you have to be used to adjusting schedules and adjusting routines,” Samardzija said in a post-game interview. The unique game environment seemed to be too much for him to adapt to, though, as the Orioles batted around in the first, and Samardzija gave up a season high eight runs (seven earned) on the day.

But Samardzija’s uncharacteristic performance was far from the oddest part of the game. Because of the distinct silence, players on the field were able to hear nearly everything around them. After Chris Davis belted a home run that landed on Baltimore’s Eutaw Street, the public address announcer in the press box said that Davis' home run was the 80th in Camden Yards history to land on Eutaw Street and the first since Victor Martinez’s shot in 2014. As he was on the field, Orioles catcher Caleb Joseph caught the news. "I was in the middle of catching a pitch when I heard that, and I thought, 'Wow, that's pretty interesting.’ Good for that guy,’” said Joseph. “You don't normally hear that kind of stuff.” 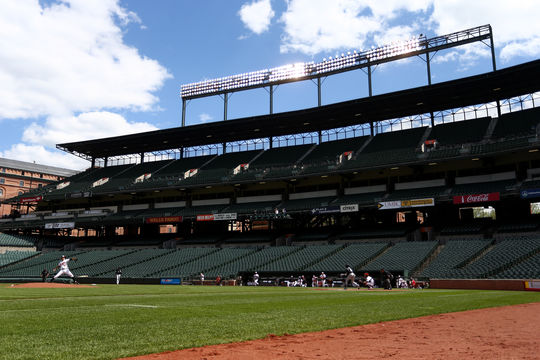 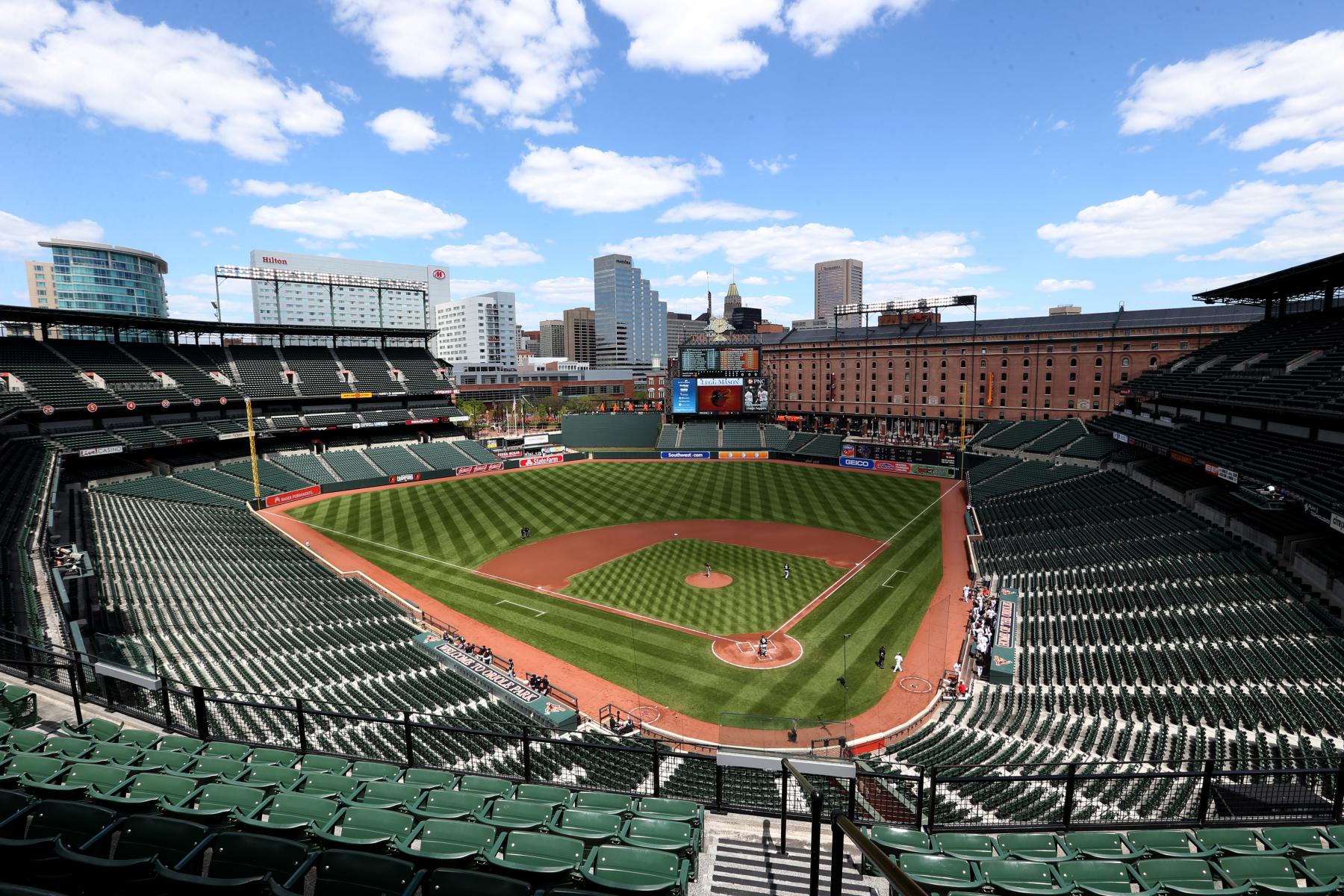 The crack of a bat. The pop of a glove. The bellow of an umpire calling strike three. These sounds, typically muffled by the dull roar of a crowd, were eerily crisp during the unattended contest.

The National Baseball Hall of Fame and Museum documented the game with a game ball, a scorecard and an unused ticket. All have been accessioned into the collection in Cooperstown.

Previous to the game in Baltimore, the Worcester Ruby Legs held the record for lowest attendance. On Sept. 28, 1882, the Worcesters played the Troy Trojans in front of crowd of six. However, the game’s low attendance wasn’t because of an official mandate. The Worcesters and the Trojans were simply not much to watch. Troy and Worcester finished seventh and eighth respectively in the eight-team National League. Troy finished 37 games behind the first-place Chicago White Stockings, and Worcester went through three different managers over the course of the 1882 season.

Fans, if allowed, would have gladly attended the April afternoon game in Baltimore. Sadly, there was no one in the stands.

It wasn’t a totally sad sight, however. Fans, players and even announcers found ways to make the ballgame more lighthearted. Even though they weren’t allowed in, fans lined up outside the stadium to support their team. Some even took to the balconies of nearby hotels to watch the event. Caleb Joseph tried to have a little fun, pretending to sign autographs and waving to make believe fans in the stands before the game. Announcer Gary Thorne got in on the amusement, too, calling some of the game with the soft, smooth voice of a golf commentator. 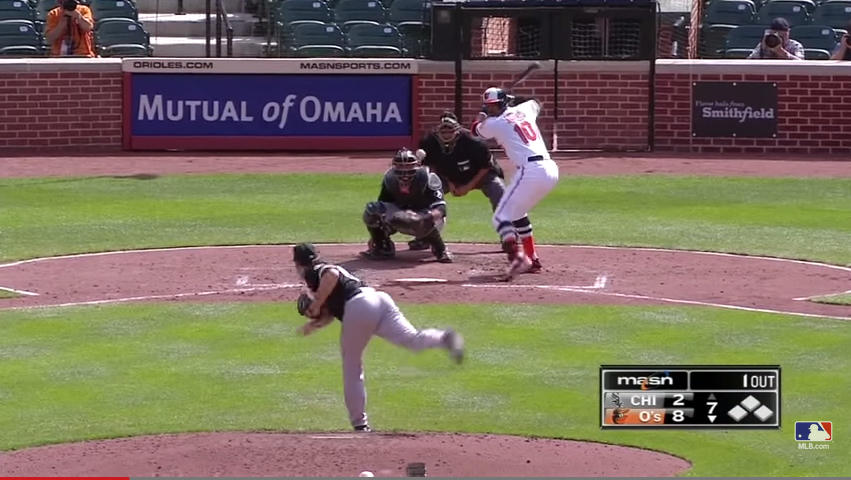 For many, the “zero attendance” game was a symbol of the strife endured by the citizens of Baltimore and elsewhere. But for others, the game could be recognized as representing that for which baseball is so often revered: Peacefulness and perseverance.