In the first Hall of Fame Game appearance for both teams, the expansion Washington Senators beat the New York Mets 6-4 on July 27, 1964, at Doubleday Field.

The Senators loaded the bases with no one out in the bottom of the first inning and scored twice to get on the board early. John Kennedy and Mike Brumley each hit RBI singles in the inning.

Washington extended its lead to four runs in the bottom of the second when Don Blasingame singled and Joe Cunningham doubled. An infield out scored Blasingame and Cunningham crossed the plate on a wild pitch.

The Mets responded with a run in the top of the third. Rod Kanehl doubled, advanced to third on a single by Ron Hunt and scored on another single by Joe Christopher.

In the bottom of the fourth, Blasingame hit a ground rule double, then scored on Cunningham’s third hit of the game to widen the Senators’ lead to 5-1.

New York added a run in the top of the fifth when George Altman homered.

In the bottom of the seventh, Washington scored its final run when Chuck Cottier committed an error, allowing Don Lock to score.

The Mets rallied in the top of the ninth as Hawk Taylor led off with a single and Larry Elliott hit a two-run home run to bring New York within two. But the comeback attempt was halted with a strikeout and a double play.

Blasingame led all players offensively with a 4-for-4 day and three runs scored. Cunningham also had an RBI to go along with his three hits. Kanehl was the only Mets player to have more than one hit. He also scored a run for New York. 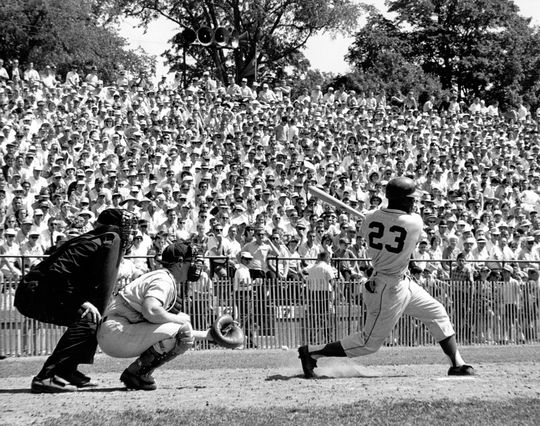 Joe Christopher of the Mets swings at a pitch during the 1964 Hall of Fame Game. The catcher is Washington's Mike Brumley. (National Baseball Hall of Fame and Museum) 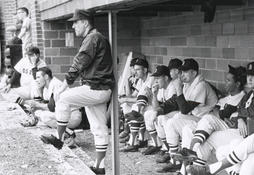 The 21st Hall of Fame Game featured the Boston Red Sox and the Milwaukee Braves. 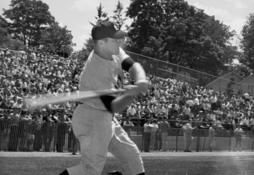 The Yankees defeated the Philadelphia Phillies 7-4 to win the 1965 Hall of Fame Game.