Though it was just an exhibition game, something that had never been done in the history of the National League occurred in the 46th Hall of Fame Game on July 22, 1991, at Doubleday Field: San Francisco utility infielder Greg Litton played all nine positions as the Giants dropped a 6-4 decision to the Minnesota Twins.

The Giants picked up their first two runs in the top of the second inning when they loaded the bases on a hit batter, a single and an error. Steve Decker then hit a two-run single to right center to give San Francisco a 2-1 lead.

After the Twins responded with solo home runs in the next two innings, the Giants took their second and last lead of the game in the top of the sixth when Mike Kingery reached on an error and Dave Anderson drove him home with a two-run blast to left field. 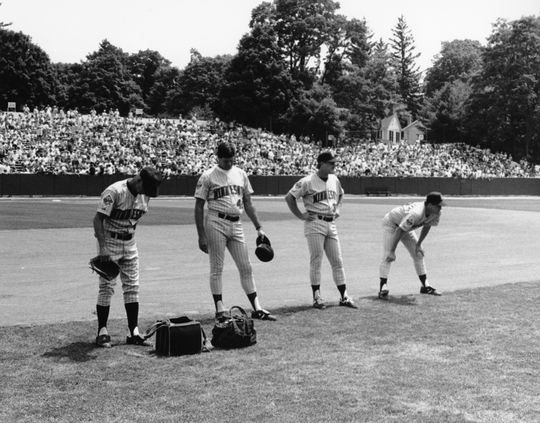 Minnesota Twins players warm up on Doubleday Field prior to the 1991 Hall of Fame Game. (National Baseball Hall of Fame and Museum)

Down 4-3, Minnesota took the lead for good in the bottom of the sixth. Scott Leius and Al Newman led off the inning with back-to-back walks, then a fielder’s choice put runners on the corners with one out. Leius scored on a wild pitch, and Newman, who advanced to third on a second wild pitch, scored on Jarvis Brown’s sacrifice fly.

The Twins added an insurance run in the bottom of the eighth when Randy Bush doubled off of Litton and scored when San Francisco shortstop Mike Benjamin committed a two-base error.

Denny Neagle and Rob Wassenaar combined to scatter eight Giants’ hits throughout the game. Neagle picked up the victory while recording six strikeouts without walking a batter.

Hrbek and Junior Ortiz each had two hits for the Twins.

The American League improved its record 26-16 in the series, with four games ending in ties. 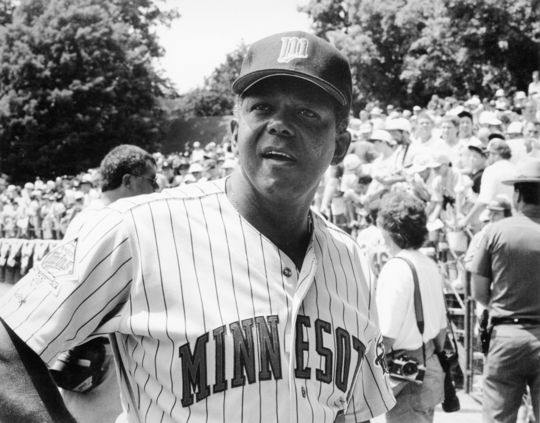 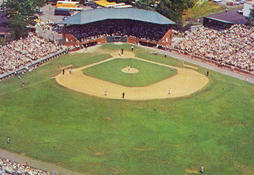 The scheduled Hall of Fame Game between the Orioles and the Expos on Aug. 6, 1990, was canceled due to rain. 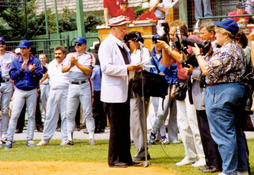 The Mets defeated the White Sox at the 1992 Hall of Fame Game.