By the start of the 1927 season, everyone knew about George Herman Ruth’s penchant for home runs.

At that point he had already smacked 356 long balls – over 150 more than the next closest hitter, Cy Williams. In 1921, Ruth surpassed Roger Connor for the all-time homer lead in just his third full season as a position player. It is not a stretch in the slightest to suggest that the Babe had revolutionized the concept of power hitting in baseball. 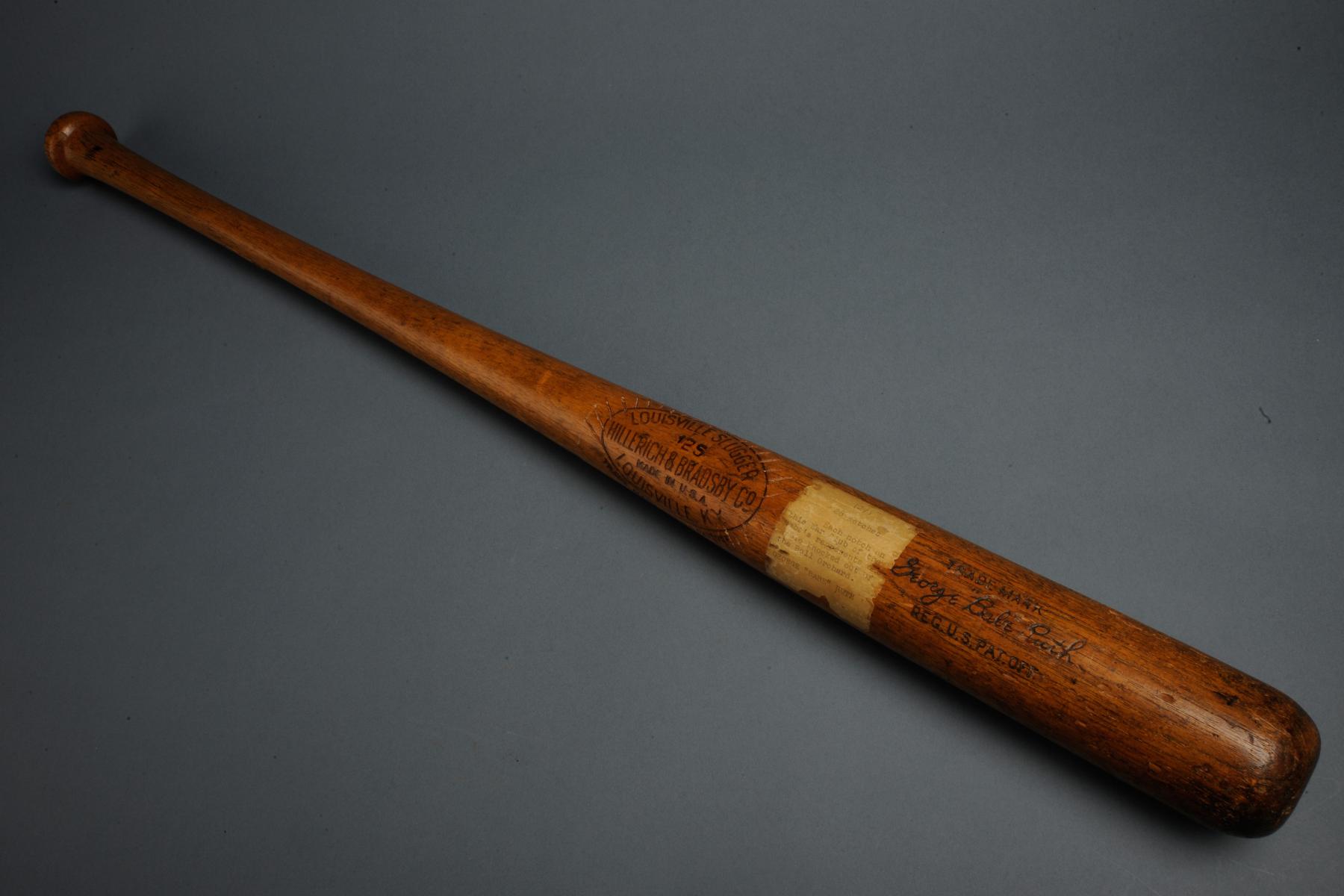 So is it possible that Babe and his Yankees teammates were getting a tad bored with all the home runs by 1927? That might be a stretch, but it was during that season – one in which Ruth re-wrote the record books once again with 60 round-trippers – that he decided to create little mementos to commemorate his monumental blasts. That was the year of Ruth’s “notched bats.”

This bat was accessioned by the nascent National Baseball Museum (as the Hall of Fame was then known) in 1939. What’s special about this Ruth model, measuring 35 ¾ inches and weighing approximately 38 ounces, are the 28 notches around the Louisville Slugger brand above the bat’s handle. The Babe began carving small notches on his bats for each home run in the second half of the ’27 season. A label next to the carvings reads: “Each notch on this War Club of the Babe’s represents one Apple knocked out of the Ball Orchard.”

So what prompted the Sultan of Swat to start carving his clubs? In his semi-autobiographical Babe Ruth’s Own Book of Baseball, a book ghostwritten by future Commissioner Ford Frick in 1928, Ruth writes:

Late last season I started a stunt which gave the boys quite a laugh for a time. I started “notching” my bat for home runs, like the old gun-men used to notch their guns when they killed a man. Every time I would hit a home run I would cut a notch in the bat handle of the club I had used. At first the boys began laughing, but as September came around and I started hitting all sorts of pitching for home runs they changed their tune.

No kidding. Sitting at 43 homers at the end of August, the Babe raced to the finish line with an incredible 17 home runs in the final month of the season. That set a new single-month record for baseball en route to breaking his own single-year mark of 59. Though the dates in which Ruth used this particular bat are unknown, the 28 little notches are a literally tactile reminder of his stupefying home run pace that season.

“The whole thing started as a sort of ‘kid,’” Ruth explained in his book, “and as a matter of fact I wasn’t superstitious about those notches at all. But most of the gang thought I was. And I did accomplish one thing. By putting those notches in the bat I identified my own clubs and the other fellows would leave my bats strictly alone.”

Superstitious or not, Babe’s teammates must have gotten the message during the stretch run of the ’27 season: As long as he’s crushing homers, don’t touch the big guy’s bats. 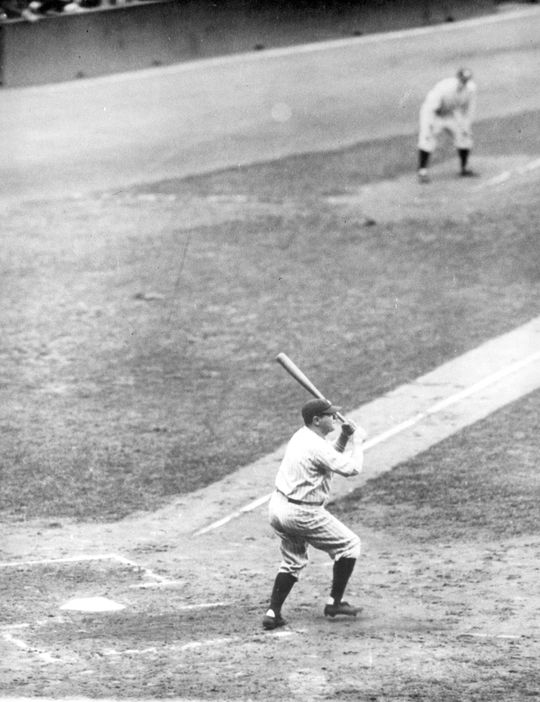