Bring up the phrase “Babe Ruth in the 1920s” to any baseball fan, and grainy black-and-white footage of the Bambino’s home run swing will most likely play in their minds.

But while he will always be remembered for his plate prowess (and, to a lesser extent, his considerable talents as a pitcher), the slow-footed Ruth could surprise teams from his outfield spot every once in a while.

With his Yankees down two-games-to-one to the St. Louis Cardinals in the 1926 World Series, Ruth did just that in the fourth inning of Game 4 with this glove on his right hand. 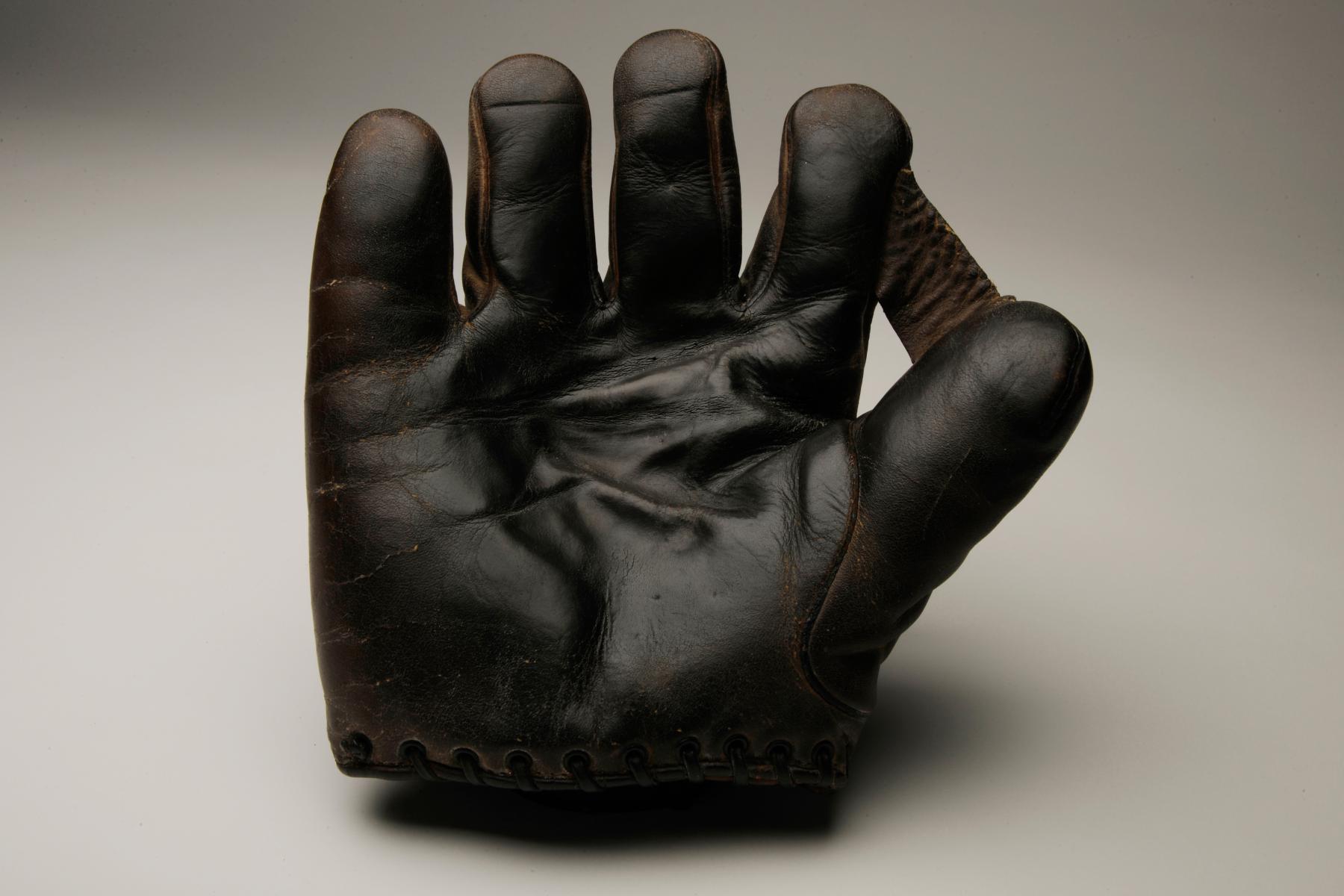 Ruth sported this Draper & Maynard leather glove as he trotted out to Sportsman’s Park’s spacious left field for Game 4 in St. Louis. He had manned his customary right field corner in the first three contests, but manager Miller Huggins flip-flopped Ruth and Bob Meusel for this contest. The Bambino had already made life miserable for St. Louis starter Flint Rhem by homering in his first two at-bats, but the Cardinals were fighting back with two runs already scored in the bottom of the fourth to take a 4-3 lead. Yankees ace Waite Hoyt needed to stop the rally, but when Billy Southworth singled to left, it looked as if the Redbirds were on their way toward padding their lead.

The Cardinals’ speedy outfielder Taylor Douthit shot out from second and tested Ruth’s arm with a sprint home. The Babe was ready for the challenge, however, nailing the Redbirds rookie at the plate with a strong throw to Yankees catcher Hank Severeid. The play ended the inning and the scoring threat for St. Louis, and then the floodgates opened for New York. The Bronx Bombers scored four times in the fifth and tacked on two more in the sixth – thanks to Ruth’s third homer of the day – on their way to a Series-tying 10-5 victory.

Ruth would collect another outfield assist in Game 6 with a throw to second base. He had 204 assists from the pastures for his career, still good for 48th all-time among outfielders. That’s just one of many “Did You Know” facts about Ruth that start to pile up when you spend enough time with his Baseball Reference page.

Ruth’s three homers in three at-bats (he also drew a walk in the fifth inning) in 1926 remain one of his most iconic moments – and that memory was brought up again when Reggie Jackson matched the feat in the 1977 Fall Classic. His second-most famous moment from ’26 was when he was caught stealing in Game 7 to end the Series.

But lost amid those memories was that fielding play Ruth made in the bottom of the fourth of Game 4. Opinions vary on Ruth’s overall ability in the field; Johnny Vander Meer once said Ruth, “never threw to the wrong base or missed a cut-off,” while Hoyt countered, “It has been said that the Bambino never made a mistake on a ball field – of course, that’s exaggerated.” Either way, Ruth’s throw home seemingly shifted all the momentum toward New York in an important Game 4 victory. 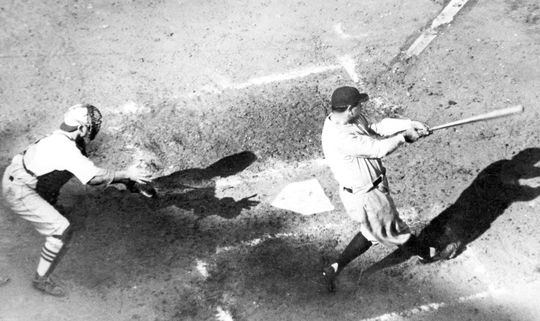 Babe Ruth hits the ball into centerfield in St. Louis on October 6th, during Game 4 of the 1926 World Series. BL-4386-87 (National Baseball Hall of Fame Library)